Leclerc: Spa return will be "difficult" after Hubert death 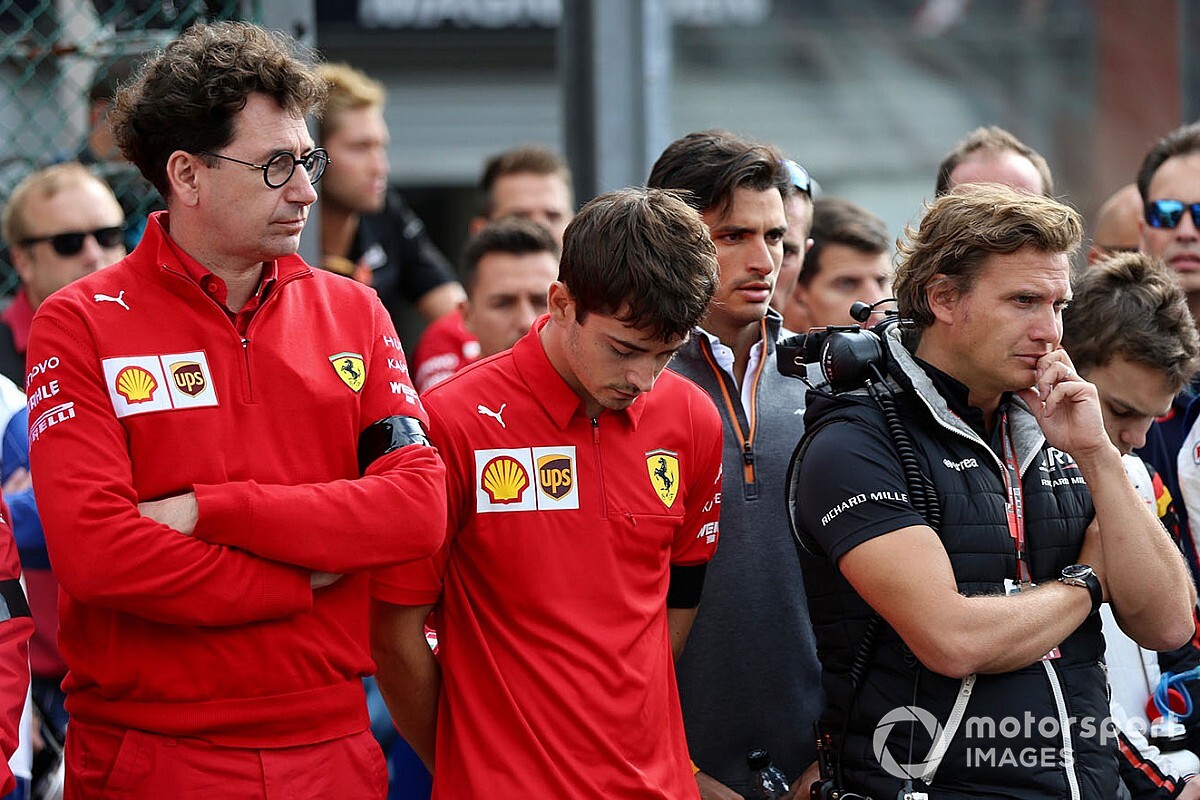 Ferrari's Charles Leclerc thinks it will be a "difficult" return for him at Spa-Francorchamps this weekend, as the Formula 1 community reflects on the loss of Anthoine Hubert 12 months ago.

Hubert lost his life in a crash in the Formula 2 feature race in Belgium last year when his car was hit side-on at high-speed at the exit of Raidillon.

The Frenchman's death overshadowed last year's Belgian Grand Prix and especially affected a number of young drivers who had grown up with and knew Hubert well. And for Leclerc especially, who went on to secure his maiden F1 triumph the day after Hubert's accident, heading back to the Belgian venue will not be especially easy.

"The Spa-Francorchamps circuit has a special place in my heart," said Leclerc in a Ferrari preview to the event. "While it is here that I took my first win, it is also where we lost our friend Anthoine last year.

"It will be difficult to return to this track and he will be in our thoughts all weekend."

One of the closest drivers to Hubert was Pierre Gasly, who had lived with his friend as they moved up the motor racing ladder.

The AlphaTauri driver has no doubts that everyone will F1 will spend time this weekend reflecting on Hubert.

"This year, returning to Belgium will also be a sad moment, because it is just one year ago that Anthoine lost his life after that terrible accident in the F2 race in Spa," said Gasly.

"I had known him since I was seven years old in karting, we were in the same school together organised by the French motorsport federation, from when I was 13 to 19 and we shared an apartment for six years. I think everyone in the paddock will take time to think of him."

A number of other drivers have also said that they too will not forget Hubert nor the terrible events of last year.

McLaren's Carlos Sainz said: "As we go to Spa again this year, we'll take the time to remember Anthoine, who sadly passed away there last year.

"He was an exciting young talent that was taken from us too soon, and we'll always remember him wherever we race, but even more in Spa."

Lando Norris added: "The whole racing community was shocked and saddened by what happened, and he'll be in our thoughts as we go racing again this year."