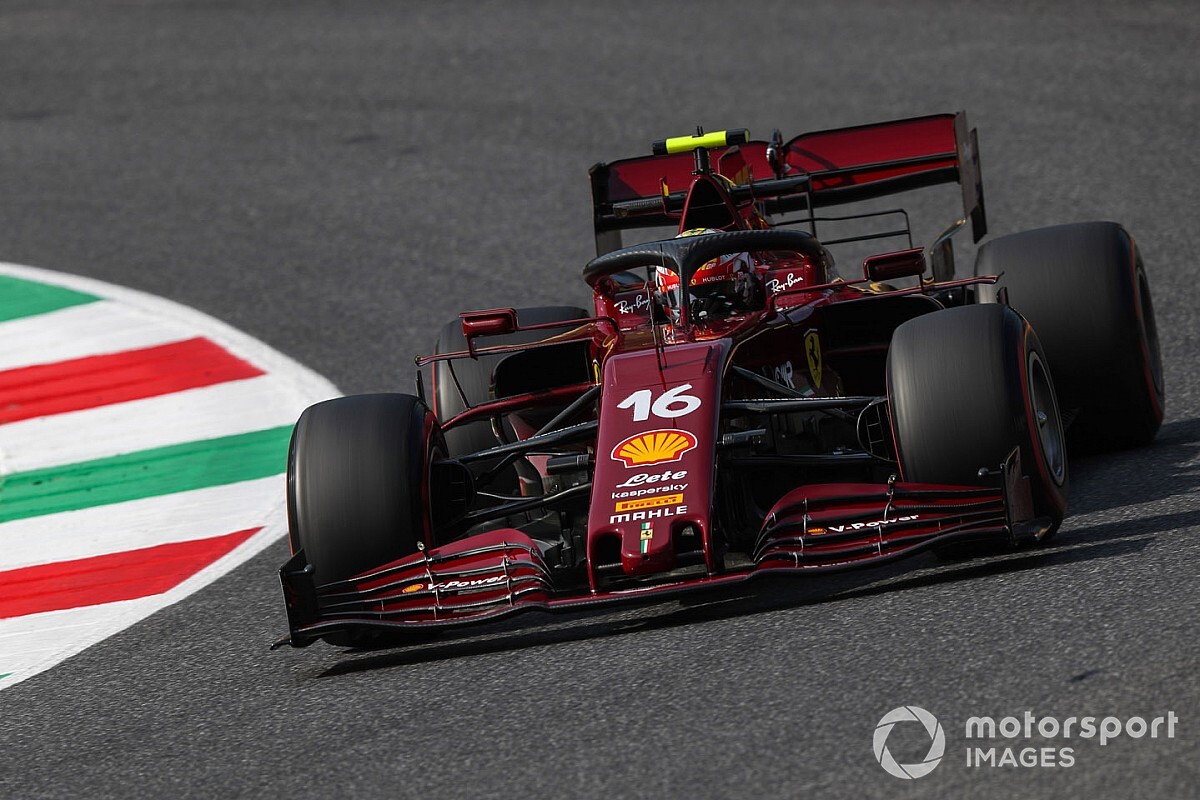 Charles Leclerc was left “very happy” after qualifying fifth for the Tuscan Grand Prix at Mugello, saying the result surpassed all of Ferrari Formula 1 team’s expectations.

Ferrari entered the Mugello race weekend looking to bounce back from two races without points after struggling with the low downforce requirements of Spa and Monza.

While teammate Sebastian Vettel dropped out in Q2, qualifying 14th, Leclerc was able to advance to Q3 and then secure fifth place on the grid with his final lap.

Although Leclerc benefitted from a yellow flag behind that denied many of his rivals the chance to improve, the Monegasque driver was delighted with the result.

“I’m very happy, very happy with the lap overall,” Leclerc said. “I put everything together and P5 was definitely above any of our expectations. So very, very happy.

“Monza and Spa was extremely difficult for the whole team. I struggled massively to drive the car with those low downforce settings, [it was] very difficult with the balance.

“But here we managed to put the balance right, and it felt very good in the car. We are lacking overall performance to be able to fight with the guys in front, but the balance was very good today.

“It gave me confidence, and I could give my best on that qualy lap. But it was tricky, because the first lap in Q3, I was with old tyres.

“So then to go from old to new, it was tricky, but at the end we made it happen.”

Ferrari is celebrating its 1,000th grand prix at Mugello this weekend, but Leclerc felt the team faced a struggle to stay so far up the order after judging the race pace of the cars starting behind him.

“There is a good opportunity,” Leclerc said. “But on the other hand, if we look at the race pace of the other teams on Friday, there are quite a lot of cars that are stronger than us on Friday.

“It’s going to be difficult to keep them behind, but that’s my job in the car and I will give everything.”

Vettel was less upbeat about Ferrari’s chances after failing to reach Q3 for the fifth race in a row, explaining that he was fighting with the SF1000 car throughout qualifying.

“It is a bit of a fight, but it’s a fight the whole year,” Vettel said. "We try nevertheless to do everything we can, to understand the car a bit more.

“I try to do anything I can driving to adapt, but I think there’s still more to do.”