Ferrari’s Charles Leclerc admits reviving his 2022 Formula 1 title hopes will be “a very difficult challenge” but he still “believes in the championship”.

Leclerc comes into this weekend’s Belgian Grand Prix 80 points down on standings leader Max Verstappen following a DNF in France while he was leading and a questionable strategy from Ferrari in Hungary, dropping him to sixth while Verstappen won the race.

Ahead of the resumption of hostilities, Leclerc admitted he was worn out by an “accumulation of emotions” in the first half of the campaign and says Ferrari must “maximise every opportunity” that comes its way now.

"I needed it," Leclerc said of the summer break. "The first half of the season has been full of highs and lows, so loads of emotions.

"There’s lots of accumulation of emotions, which leads to being tired. So, I was quite happy to go on holidays and I used these three weeks as best as possible with my family and friends. It was just great.

"Well, I think we will take it one by one, as a team. But for sure we have to maximise every opportunity that we have ahead, and I still believe in the championship.

"Of course, it’s going to be a very difficult challenge. But I will believe in it until the very end."

Ferrari’s strategic decisions during races has been called into question following the first half of the season, having contributed to Leclerc’s gulf to Verstappen in the standings.

Team boss Mattia Binotto insists nothing inside the squad needs changing, while Leclerc is certain it “will grow” from the mistakes it made in Hungary. 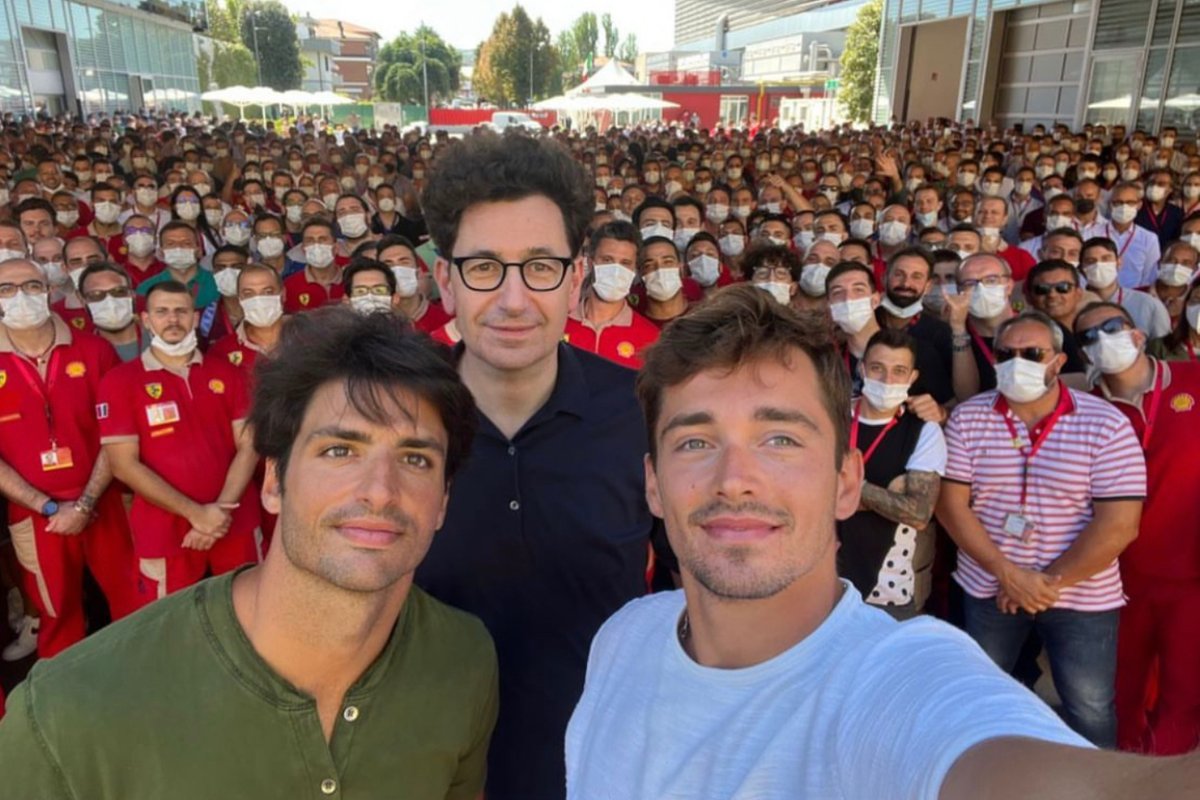 He also clarified a team photo taken at Maranello during the summer break was a tradition within Ferrari that couldn’t be done in 2020 and 2021 due to the COVID-19 pandemic, and didn’t give away anything as to what discussions were had with senior management behind closed doors.

"But it’s something that we just do with absolutely all the factory, all the people involved with the Formula 1 department, which is very nice because you can finally see faces and speak with them directly and thank them for the support they’ve given us and the work they’ve done in 2020 and 2021 when we were going through these tough times with the performance of the car. And now we are fighting for wins again.

"But speaking about Hungary, obviously we looked at it and we will grow from that as a team, I’m sure and in 2020 and 2021 we’ve been working very unified as a team.

"And I think this has helped us to be at the level we are at, in terms of the performance today. And this is exactly the same thing we are trying to do now to get better."

The key floor trends that have defined F1 2022