Formula 1’s first sprint qualifying event at Silverstone is still five races and several weeks away, but it’s already exercising the minds of team engineers as they assess the full impact.

For years, teams have followed established routines through FP1, FP2 and FP3 as they prepare both for Saturday qualifying and the Sunday race that follows. The usual rhythm is broken only when bad weather wipes out sessions.

A unique planned break with tradition came at Imola last year, when transport issues meant that there was no Friday track action, and a single Saturday morning practice session led straight into qualifying.

In fact that format gave a little taster for how a sprint weekend will unfold, in that the first (and only) session saw a focus on one lap performance in preparation for qualifying, with some work on race trim squeezed in.

Sprint weekend Fridays will follow a similar pattern, except that FP1 is only an hour, whereas last year Imola’s Saturday morning session was run over an extended 90 minutes.

The other difference is that unlike Imola, teams know they still have an FP2 session on Saturday after regular qualifying and before the sprint qualifying event in which to do race work. Thus in FP1 they’ll be able to focus more on one-lap pace – within the constraints of tyre availability, of course.

Having been involved in honing the rules, teams are now working hard to understand fully how the sprint format will impact the weekends at Silverstone, Monza and a third yet-to-be-confirmed flyaway venue.

“Our simulation guys have been supporting these regulations as they've been developed to try and give an idea of how this is going to work out,” says McLaren technical director James Key.

“I think for us clearly from a car perspective, it doesn't really change anything other than thinking about how we're going to quickly adapt to a different weekend format.

“I think it's the format and the time you've got which is going to be the biggest difference technically. So we're going to have to try and probably use those weekends a different way.” 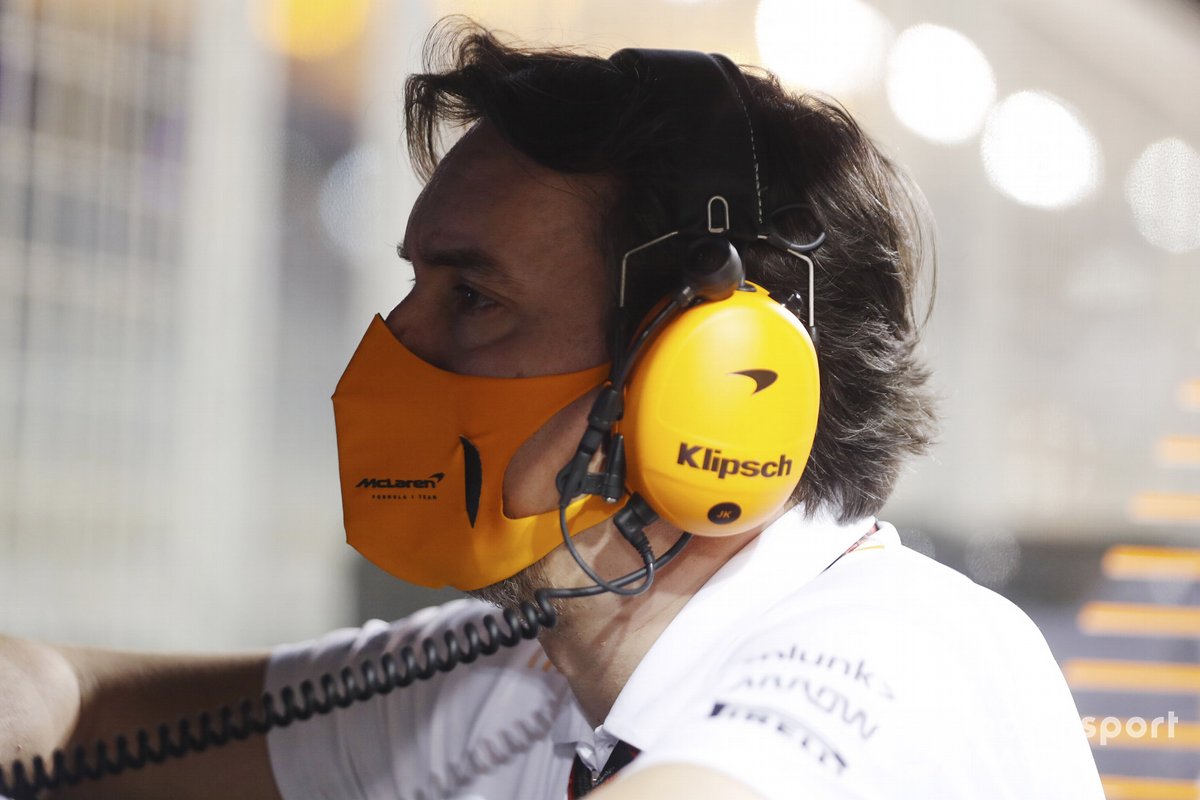 Key makes the intriguing observation that a sprint weekend would not be the optimal time to bring new parts to the car – the one-hour FP1 session will be about honing what you already know, and there won’t be time to run back-to-backs with updates.

“If you think about what we what we did this weekend [in Barcelona] with those new aero parts, that's a very difficult thing to try and get into a sprint race weekend, there’s just not going to be enough time," said Key. "So I think we'll treat the weekend from a technical perspective differently.

“There'll be more prep work on set-up, there will certainly be a lot more pre-event simulation work to work out how a sprint race could affect the various scenarios, how it could pan out.”

A twist to the need to avoid taking new parts to sprints is that at Monza everyone brings their low downforce packages that are not used elsewhere. While teams have some knowledge from 2020, they will have just the one-hour FP1 session to dial the cars into Monza trim before qualifying. However, Key doesn’t see that as a huge cause of stress.

“I think teams are familiar enough with what to expect from Monza packages,” he says. “You can get a few curveballs, diffuser fragility or something like that with lower wing levels can hit you, and often a Friday is useful to find those things out.

"So I think for one-off cases or specific cases like Monza it’s going to be a case of extremely good prep, and a very clear test programme between drivers.

“It could be the one driver goes and does a bit of work on the package, the other one does a bit of a long run on some tyres, for example, and so on."

Simulation plays a huge role not just ahead of any race weekend, but also during. While drivers and engineers are debriefing at circuits, the sim drivers are often busy into the night back at the factory.

As far as one-lap performance is concerned on sprint weekends, sim drivers will only have a brief window in which to have any input between FP1 and the qualifying session, whereas usually they might do qualifying work before Saturday morning. Now once the real Friday track running is done, their overnight job list will focus on race trim.

At the track teams will have to formulate completely new run plans for the two practice sessions.

“You’re hitting a qualifying session much earlier as well of course, really only having an hour to prepare for that,” says Key. “You've got the split between high fuel running and working out your tyres for the Sunday race and trying to get your lower fuel, fresh tyre kind of feeling for the car in as well.

“So I think from a technical perspective, it is about preparation, simulation and using your time smartly. And that's something we're all going to have to learn, but will be very well prepared for." 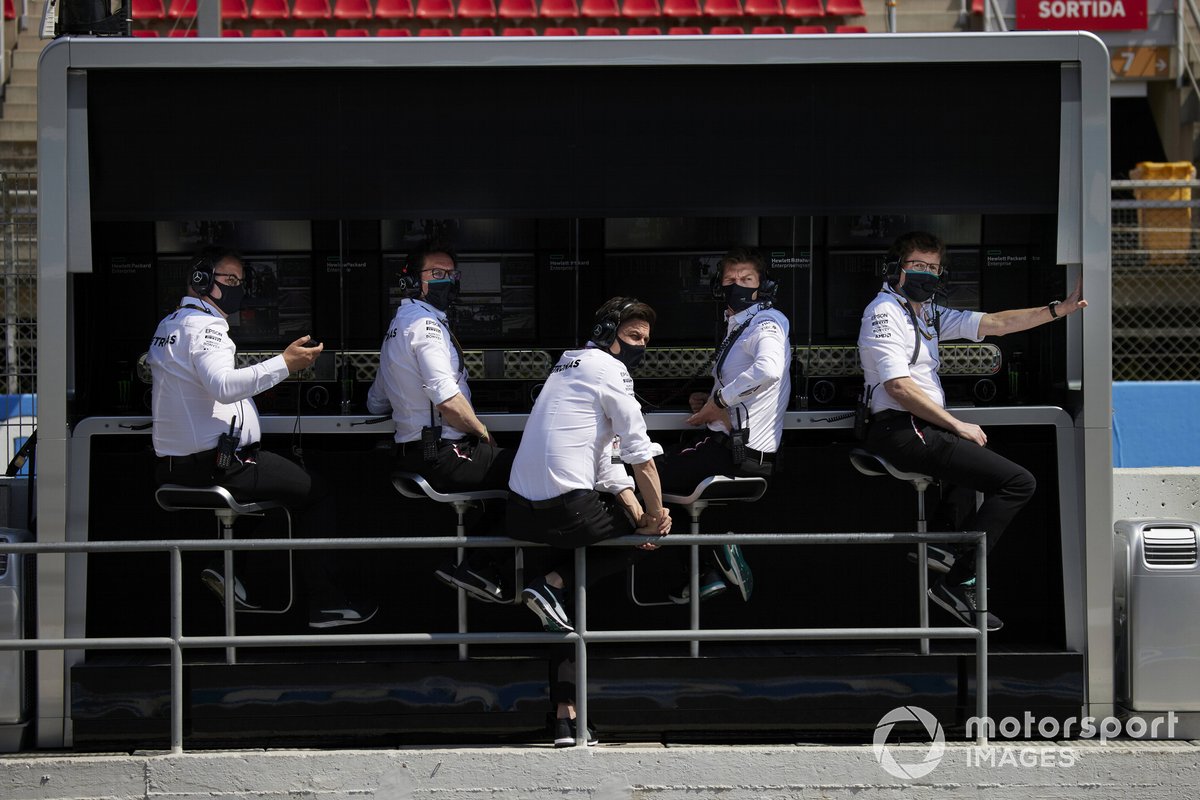 Toto Wolff, Team Principal and CEO, Mercedes AMG, and colleagues on the pitwall

Williams head of vehicle performance Dave Robson highlights Saturday’s FP2 as an intriguing session. With regular qualifying done and no need to assess the car over one lap, that hour will be used to prepare both for the sprint qualifying event, with a lighter car at the start, and for the grand prix itself.

“I'm still a bit unsure as to what FP2 will look like in terms of what we’ll be prepared to do and which tyre we’ll choose to use for that,” he says. “I think that’s the biggest conundrum at the moment, but I think the Friday format looks good.

“Saturday, the sprint qualifying itself I think is fine, that looks quite interesting, so I think it’s just that FP2 session we need to get our heads round exactly what that will mean.”

Regarding tyre choice, can drivers start on the softs and race flat out for 17 laps, the length of the Silverstone and Monza sprints? Or will they be forced to be more conservative, and opt for mediums?

"That's a good question,” says Pirelli’s Mario Isola. “We should make some simulations to understand what can be the approach.

“In Monza, we are going with C2/3/4, and we know that Monza is not really severe on track. They also use low downforce. So I am expecting that the situation for Monza and Silverstone will be different.

"If you want to run the sprint qualifying in Silverstone with a C3, it is an aggressive choice.You have to take into account that you will have a degradation also during the short sprint qualifying.

"While in Monza it's probably a lot different, because of the severity of the circuit."

Could one option be to go for the soft for the trickier Silverstone sprint, hoping that a safety car extends its life?

"I don't have a clear answer to that, because it is new also for the teams and for strategy engineers," says Isola. "Clearly if you go with a softer choice as I said that you have to consider that you will have some degradation, and maybe this degradation is giving the other drivers starting on the medium the possibility to overtake in the last part of the race, and they have a big advantage at the end.

"Talking about 100kms, a third of a Grand Prix, a safety car is possible, but if there is no safety car and you go too aggressive with a tyre choice, your race is damaged."

Clearly there’s still much to be discovered about the sprint format by drivers, teams and indeed fans – and we might not get all the answers after just one sample at Silverstone. 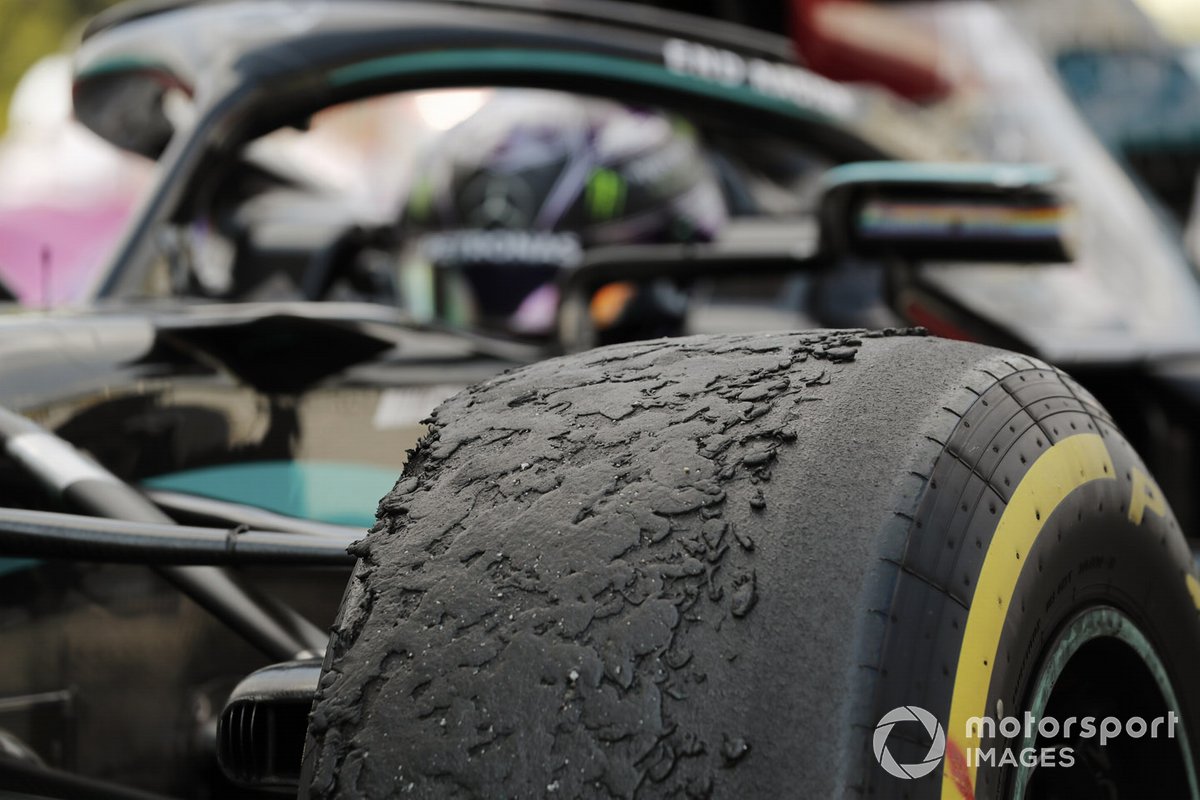