On May 15 2016, Max Verstappen rewrote Formula 1's history books by winning the Spanish Grand Prix at the age of 18. In the five-year period since his stunning maiden win, the Dutchman has continued to make a mark on the sport.

Record books inevitably get rewritten every so often, but only rarely do entire pages get ripped out at once. Yet that’s exactly what happened when Verstappen entered the sport.

Just three days after his seventeenth birthday, the Dutchman made his official grand prix debut at the wheel of a Toro Rosso in practice for the 2014 Japanese Grand Prix.

Groomed by his father, former F1 driver Jos Verstappen, Max was clearly destined to reach the highest echelons of motor racing. After achieving success in karting, Verstappen immediately jumped up to Formula 3 in his first season in cars.

At the age of 16 Verstappen finished third in the 2014 Euro F3 championship behind Esteban Ocon and Tom Blomqvist, picking up 10 race wins along the way.

Red Bull won the battle for Verstappen’s services when it managed to offer him a 2015 F1 drive at Toro Rosso, which would make him by far the youngest and least experienced F1 driver ever. 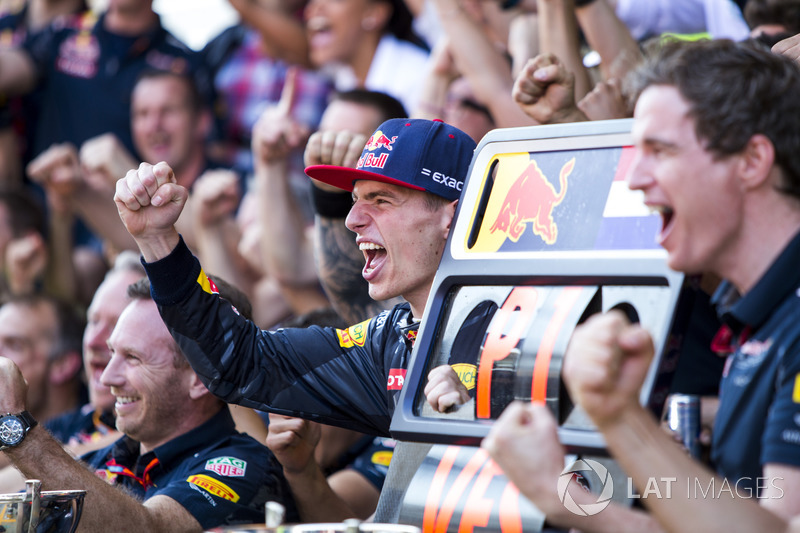 In response to Verstappen’s early rise, the FIA issued its first “Verstappen rule” by raising F1’s age limit to 18 from 2015 onwards. It would mean the Verstappen would remain F1’s youngest driver for the foreseeable future.

In Melbourne Verstappen eased any worries the FIA may have had about his maturity by impressing with a solid performance. The Dutchman was only denied points on his debut by an engine failure, but points would arrive in Malaysia with a stunning seventh place.

That set the tone for a remarkable debut season in which he compared favourably to teammate Carlos Sainz, but it would pale compared to what the 2016 season had in store.

When Red Bull’s Helmut Marko decided to demote Daniil Kvyat just four races into the 2016 season, Verstappen’s promotion to the A-team was a shock but at the same time fully in line with his meteoric rise in the sport.

Overnight Verstappen had become a frontrunner in Formula 1. A new contender the likes of Lewis Hamilton, Sebastian Vettel and Raikkonen had to reckon with.

Verstappen reintroduced a more aggressive style of racing and soon came to blows with some of his rivals, particularly Raikkonen after incidents in Hungary and Belgium.

The FIA issued a rules clarification in Austin, clamping down on the dreaded moving under braking which Verstappen had been found guilty of.

Ironically, the second “Verstappen rule” caught out Ferrari to Red Bull’s benefit, when Sebastian Vettel was penalised in Mexico for his defensive actions against Ricciardo.

The second Verstappen rule didn’t last long. The FIA relaxed the rules again ahead of the 2017 season in a bid to give drivers more on-track freedom and reduce the pressure on its stewards.

In his early days Verstappen certainly made the odd mistake, but it would have been short-sighted to chalk off his driving tactics as youthful exuberance.

Verstappen seemed to have taken a page out of the late Ayrton Senna’s book, who was known for a similar aggressive style of racing.

From his early F3 days in England Senna established himself by trying to get into his opponents' heads, bullying them into either yielding or risking an accident.

In similar fashion the 2016-spec Verstappen tried to show he is no pushover, backing up his occasional brash moves with fiery post-race comments.

Verstappen notched up two more wins in 2017, but on occasion the impatience of youth would still shine through with several on-track incidents, which would draw criticism from mentor Marko and team boss Christian Horner.

That all seemed to change in 2018 after a troubled Monaco Grand Prix weekend, in which Verstappen failed to make qualifying following an FP3 crash and his teammate Ricciardo ended up winning the race.

Verstappen bounced back with a brilliant run of measured performances, finishing on the podium 10 times in the remaining 15 races. With new-found consistency Verstappen beat Ferrari duo Vettel and Charles Leclerc to third in the 2019 championship. At the same time, a heated confrontation with Esteban Ocon in Brazil showed Verstappen's quick-tempered side is still there. 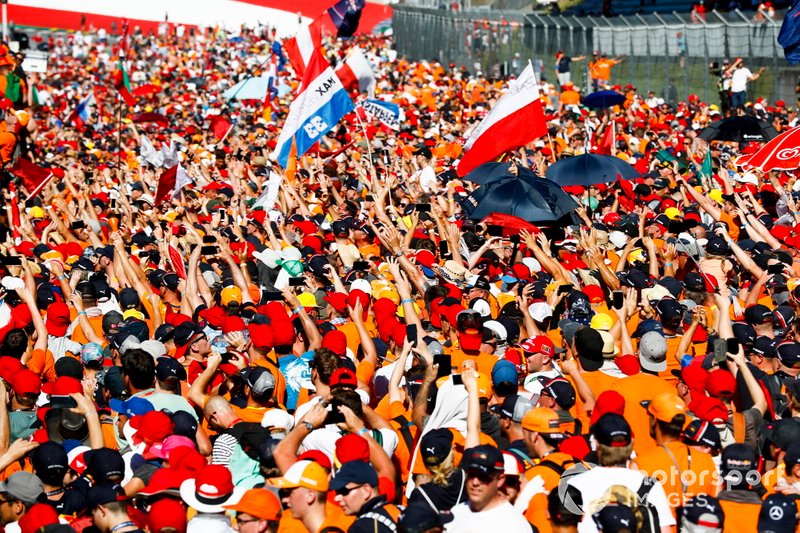 The two "Verstappen rules" aren’t the only way in which the now 22-year-old Dutchman impacted the sport. In his native country of the Netherlands he rekindled the flame of a sports-crazed nation, which had been dormant after lacklustre performances by its football team.

By the time Verstappen took his maiden win in Barcelona, the bandwagon had well and truly started rolling and Verstappen quickly became a household name just like father Jos used to be.

The Belgian Grand Prix at Spa-Francorchamps was the biggest beneficiary of Max Mania. After a couple of difficult post-Schumacher years, Spa started selling out again thanks to the massive influx of fans from nearby Holland.

Spa’s success was an inspiration for the Netherlands to connect with history and bring back a true home race for Verstappen and his legions of fans.

The Dutch Grand Prix at Zandvoort was a pillar of the Formula 1 world championship between 1952 and the race's demise in 1985.

Using the momentum of Verstappen’s rising popularity and a growing interest in F1, both Zandvoort and Assen battled to bring the race back to the country.

In the end Zandvoort prevailed. Exactly one year ago the race’s sporting director Jan Lammers and F1 CEO Chase Carey announced Formula 1 would return to the Dutch dunes on a renovated circuit, a comeback delayed by the COVID-19 crisis. 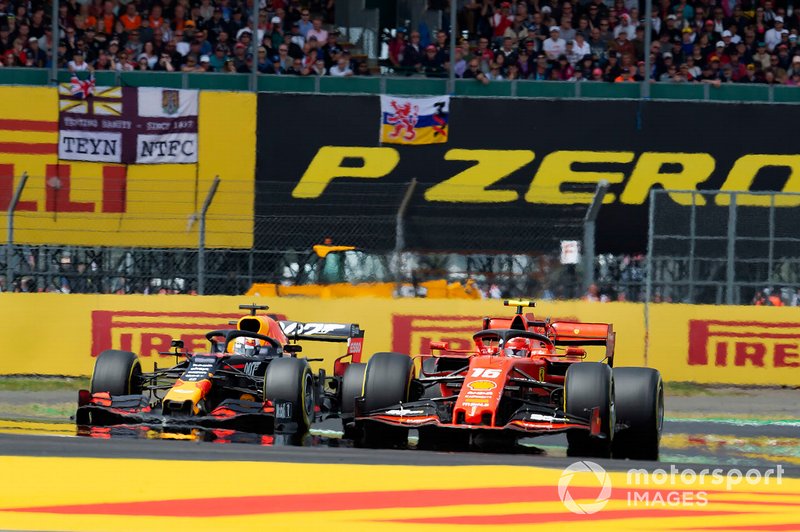 Verstappen’s popularity has also seen a dramatic increase outside his own country. At the age of 22, Verstappen and Ferrari rival Leclerc are the faces of a new generation of F1 superstars.

Verstappen and Leclerc already went head-to-head on track on several occasions, producing one of the sport’s most memorable duels in recent years at a riveting 2019 British Grand Prix.

Both youngsters have been snapped up by their respective teams on long-term deals, providing the mouth-watering prospect of two of the finest talents of their generation doing battle in competitive machinery for years to come.

In the age of social media, Verstappen and his peers are also invaluable in bringing Formula 1 to a new generation of fans. During the coronacrisis lockdown, esports and sim racing have seen an enormous increase in popularity.

Along with the stellar efforts of McLaren star and Twitch king Lando Norris, Verstappen’s sim racing exploits can go a long way in building a bridge between two different worlds which Formula 1 can capitalise on.

At the age of 22 years and seven months, Verstappen already had 102 starts, 31 podiums and eight wins under his belt, roughly at the age at which Lewis Hamilton won his maiden grand prix in 2007. He has since broken into double figures in race wins.

In five-and-a-bit years of Formula 1, Verstappen has come a long way but his journey has only just begun. Who knows what his impact on the sport will end up being, with a lot riding on how his rivalry with seven-time champion Hamilton pans out from here. 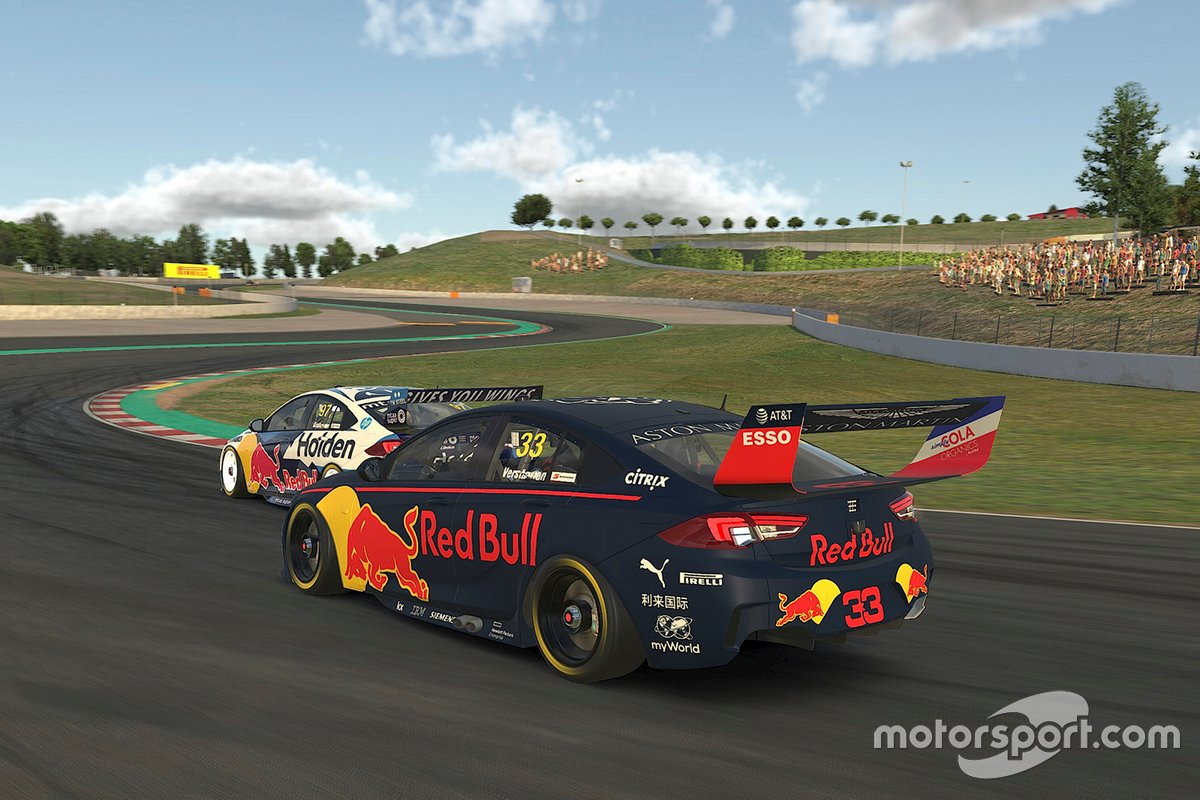