In the 26th lap of the Monza race, just before the halfway mark, Hamilton came out of the pits ahead of Verstappen, who had lost time earlier due to a slow pitstop.

Hamilton kept a tight inside line through Turn 1 while Verstappen launched an attack on the outside, which would become the inside through the second part of Monza's tight chicane.

But as Hamilton gradually closed the door, Verstappen ran out of room and mounted the kerbs, which launched him on top of the Mercedes as both cars retired.

Mercedes team principal Wolff called it a tactical foul on behalf of Verstappen, saying that it was clear "that it would end up in a crash" for the Dutchman.

Red Bull chief Horner called the crash a "racing incident" and was unhappy with Wolff's remarks.

"I'm disappointed that Toto would say it would be a professional foul," Horner told Sky. "I think it's a racing incident, and thankfully nobody was injured today.

"I think [Verstappen] earned enough to be given a bit more space to work with on the left there.

"I think you can probably argue it from both sides, so if you take a middle ground on it, you say it was a racing incident.

"But I genuinely think that you could argue Max should have bailed a bit more to the left, you can argue that Lewis should have given him more space."

Verstappen and Hamilton were both summoned to the stewards after the race. Asked if he was expecting any penalties from that investigation, Horner said it was impossible to predominantly hold either driver responsible.

"I can't see how possibly you could apportion blame more on one than the other in an incident like that," he said.

"Of course, I'm going to argue on Max's behalf that he earned more space for Turn 2, but you can understand Lewis probably arguing the other way.

Horner added he was frustrated with the outcome of the race, with Red Bull's second driver Sergio Perez falling just short of the podium after being handed a time penalty for track limits while battling Ferrari's Charles Leclerc.

"Obviously [I'm frustrated] because I think we had a good car today and we felt we should at least have been on the podium or challenging Daniel [Ricciardo]," he explained.

"So, very frustrating to come out of the race. I think the most important thing today is that the halo has done its job, because it's an awkward accident, with him coming down effectively on top of the Mercedes.

"Thankfully, nobody was hurt." 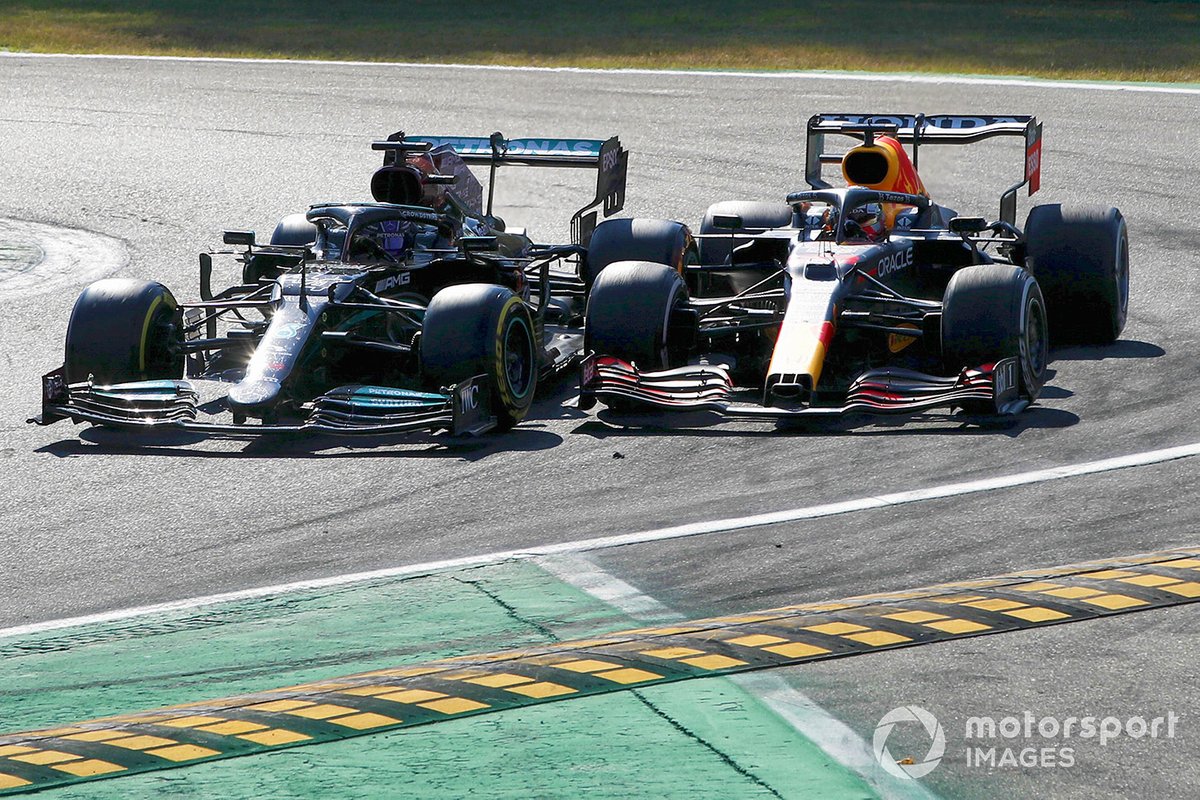