The world title protagonists had been locked in a tight fight with McLaren duo Daniel Ricciardo and Lando Norris for the top four positions at Monza during the early phase of the race.

Following the first round of stops, with Ricciardo leading, Hamilton emerged from the pits in a net third just ahead of Verstappen as they went down to the first chicane on lap 26.

As Hamilton moved to squeeze Verstappen towards the kerb to protect his position, the pair came to blows.

Verstappen appeared to bounce over a kerb and was then launched up and over Hamilton's car – as the pair then ran off the circuit and out of the race.

The Red Bull of Verstappen ended up on top of Hamilton's Mercedes, with the pair unable to continue. The incident brought out the safety car.

Verstappen quickly came over the team radio and said: "That's what you get when you don't leave the space."

The FIA announced that the incident would be investigated after the race, with both drivers likely to be summoned to see the stewards. 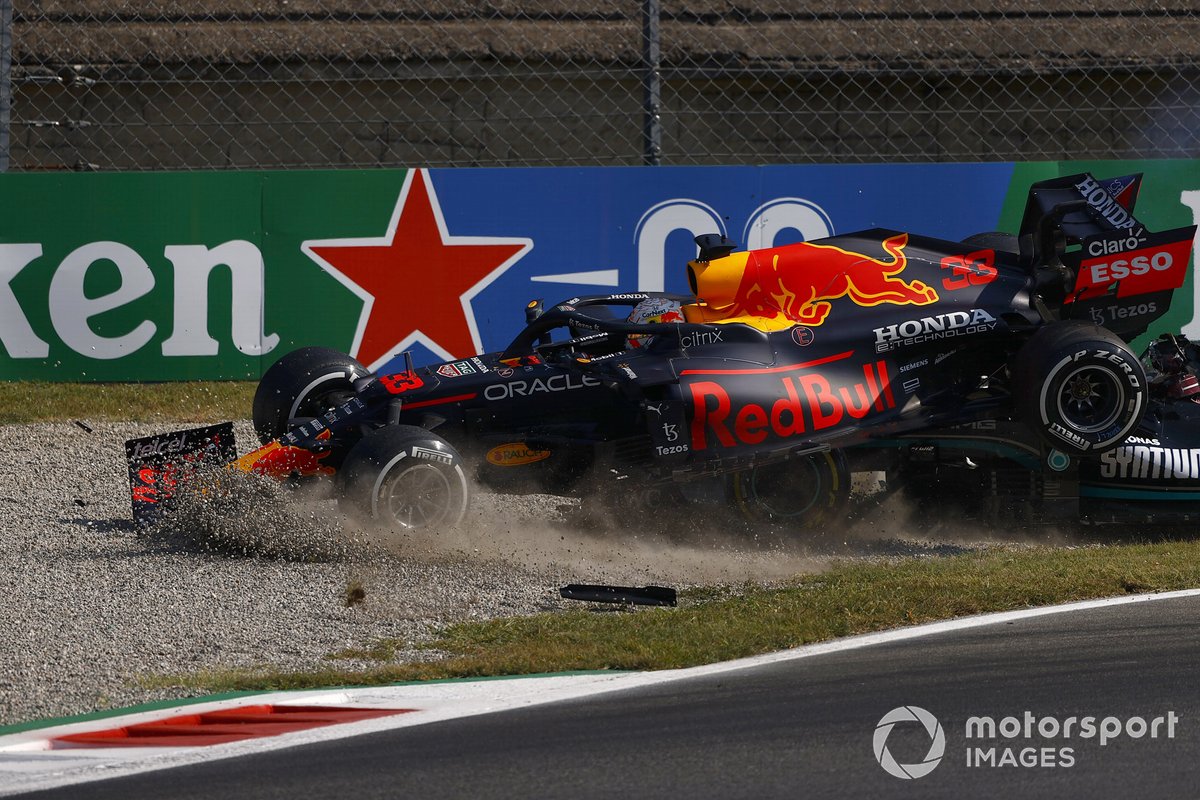 On lap one of the race, Hamilton and Verstappen had already nearly come to blows when the pair battled wheel-to-wheel at the second chicane.

Hamilton ran across the run off area and complained that he had been left no space.

The Italian GP crash between Verstappen and Hamilton comes after the pair controversially crashed at the British GP.

In that incident, Hamilton was deemed to have been predominantly to blame for the clash, but still went on to win the race. 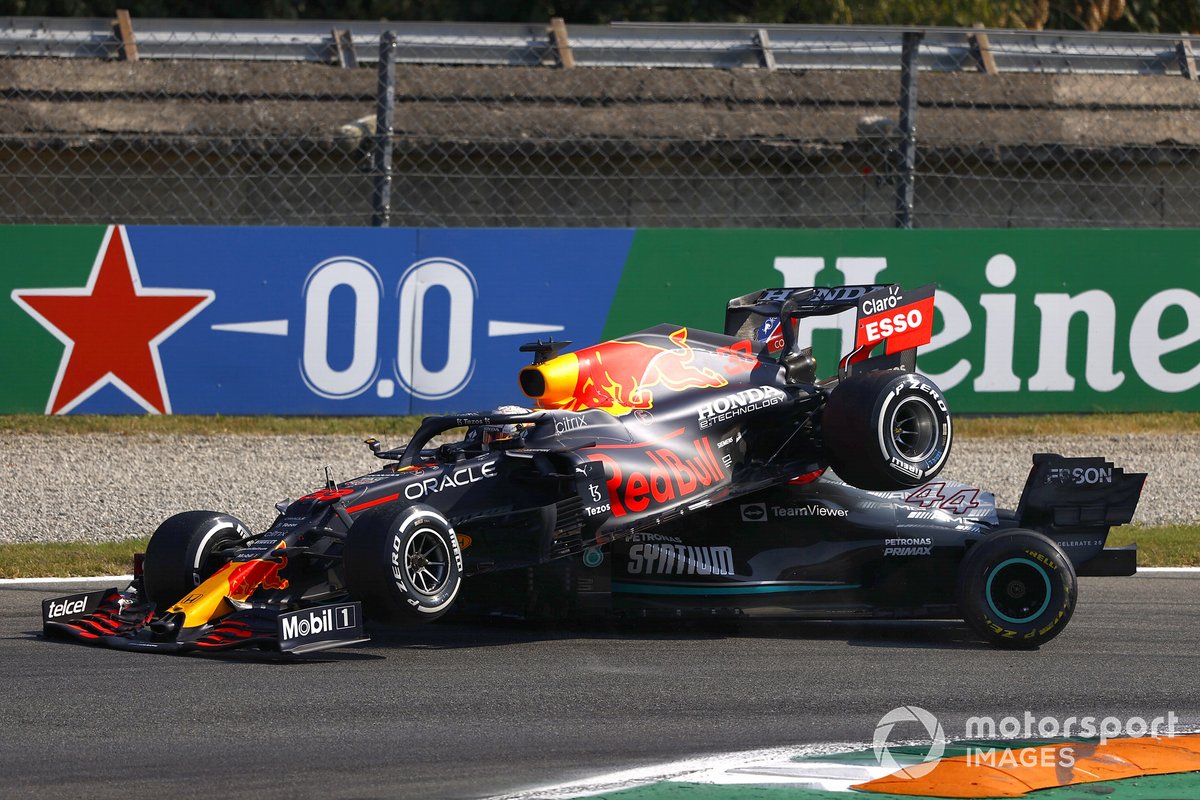 The Italian GP as it happened