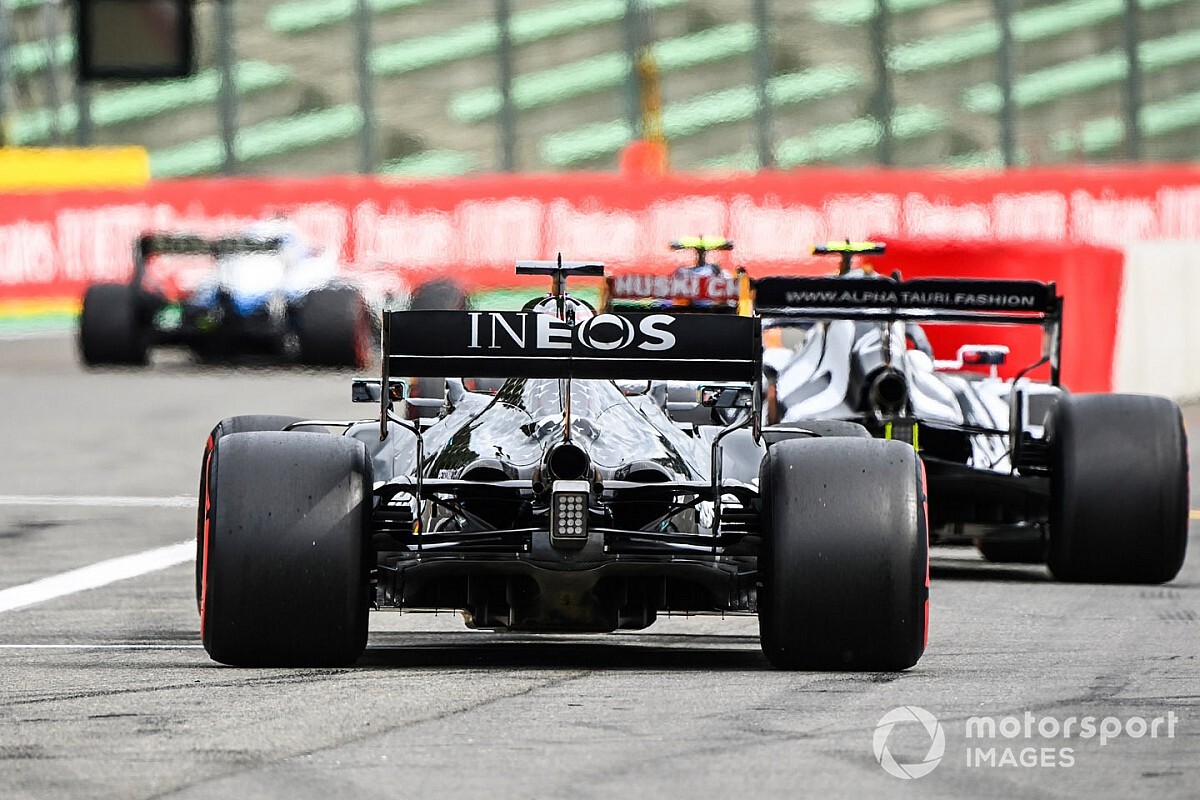 There has been intense debate this year about whether or not high rake solutions have reached the end of the line, with Red Bull struggling with some balance issues at the start of the season.

But while lower rake cars like Mercedes and Racing Point are doing well, Horner thinks there is not actually much of a difference now between the different concept solutions.

“I think Mercedes have been raising and raising their rear ride height,” explained Horner, when asked if the high rake concept was now the wrong route for F1.

“If you look at how much it has increased over the last few years, it’s not a long way off where we are. So I would disagree with that comment.”

Horner says that the issues Red Bull has faced with the RB16 are not down to the choice of rake, but are instead just a legacy of trying to get complicated aero solutions working in harmony.

“These cars are incredibly complicated aerodynamically now,” he said. “You have only got to look at the components that make up a barge board, a front wing, and the underside of a front wing.

“Inevitably sometimes you can get things that don’t work in perfect harmony or in different conditions. I think we have got a decent understanding of what hasn’t been behaving on the car and have some hopefully good, positive steps in the pipeline. Our priority at the moment is to try to get the most out of this weekend and see what it brings.”

While Mercedes has had the edge at the start of the season, Horner thinks that Red Bull has scope for good gains that could change the picture over the remainder of the champaign.

“I think Mercedes have done a great job over the closed season,” he said. “They’ve come out with a very competitive car. We’re still splitting the Mercedes at the moment which is a phenomenal achievement by Max and we are working very hard to close that down.

“We’re working very hard. We’ve had a good run of results and obviously we want to close that gap down because it’s not just this year, it’s also next year that it applies to.

“I think hopefully we have stuff in the pipeline, and hopefully a better understanding of some of our issues from earlier in the year which will see a stronger vein of development come through onto the car.”

Pirelli denies that it ignores views of F1 drivers