The packaging of Honda’s Formula 1 engine was a “little bit too aggressive” in pre-season testing and the manufacturer is planning fixes in time for the Australian Grand Prix.

Red Bull team boss Christian Horner lauded the installation of Honda’s engine as “a thing of beauty” at the start of pre-season testing at Barcelona, while Honda said it had not come at the cost of reliability.

Neither Honda teams suffered major concerns in Spain but its F1 technical director Toyoharu Tanabe has admitted he was made “nervous sometimes” as new partner Red Bull and Toro Rosso got to grips with the 2019 product.

Tanabe told Motorsport.com he was “not confident enough” with the progress that had been made, despite the manufacturer’s best pre-season performance since returning to the F1 grid in 2015.

“We don’t have a serious problem with the current installation, but we found some issues because of the tight packaging,” said Tanabe.

Honda applied some fixes at the track but will also amend the design at the factory to introduce a “permanent countermeasure” in time for the season-opening Australian GP on March 17.

“So far, it’s not serious,” Tanabe said. “It means we can be ready for the first race, with the items we have issues here.”

Red Bull’s switch to Honda engines is one of the major talking points heading into the new season, and the partnership’s initial target was to not slip back from Red Bull’s position with its previous supplier Renault.

Honda is keen to avoid early expectations and when asked if he was happy with the performance improvements, Tanabe joked: “Never happy, actually!

“Of course we have a target. And a target through the year as well.

“We are not so confident with the current achievement. Still there are a lot of areas we need to work on to catch up to the top competitors.”

Though Red Bull won four races last season with Renault, it had started the year several tenths behind Mercedes and Ferrari.

The early indications from pre-season testing are that Honda’s winter gains, which include eating into its qualifying-mode deficit, will mean Red Bull begins 2019 in a similar position.

Tanabe said: “We reviewed not 100% but [almost] every single part, and then applied slight modifications for the weight, or reliability.

“On the internal combustion engine side, [we targeted] more efficiency in the combustion era.

“We will try to gradually improve it.” 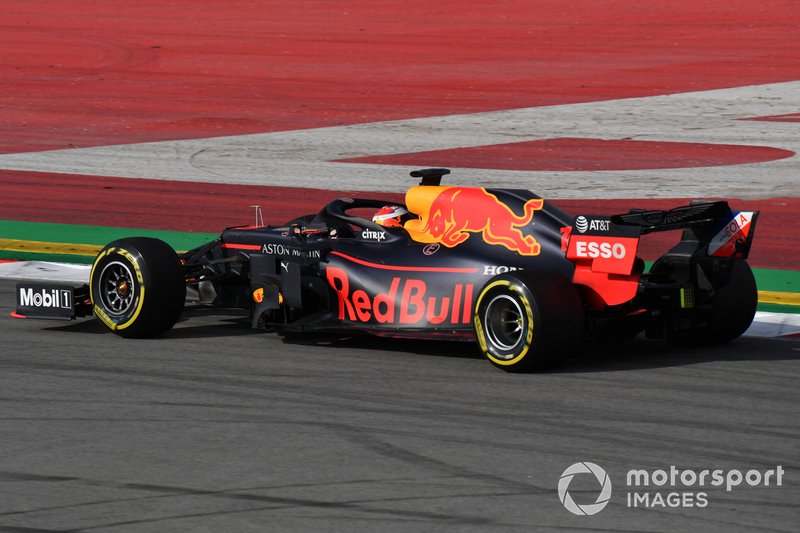 Can Sainz really do what Alonso couldn't?