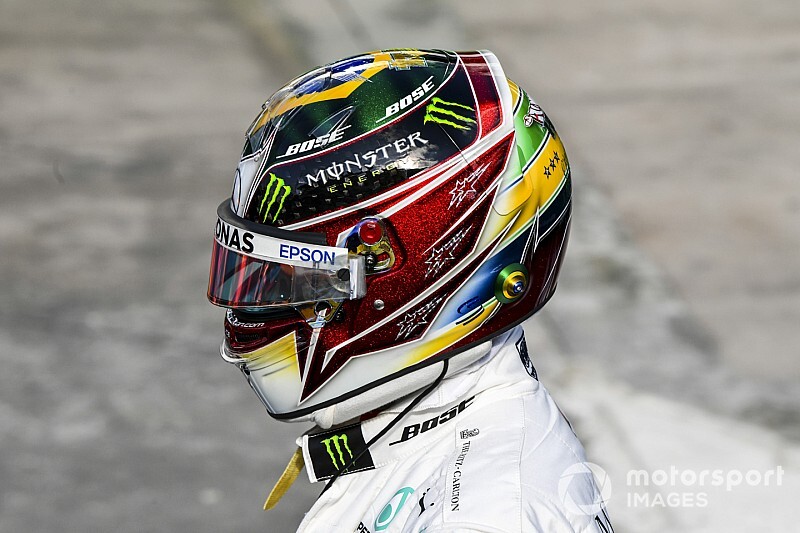 Lewis Hamilton has been summoned to the stewards for the clash with Alex Albon that denied the Red Bull driver his first Formula 1 podium in the Brazilian Grand Prix.

F1 rookie Albon was running second in a Red Bull one-two after a late restart, aided by Hamilton pitting during a safety car that was caused by Ferrari drivers Sebastian Vettel and Charles Leclerc colliding.

Hamilton re-passed Pierre Gasly’s Toro Rosso at the restart with two laps to go and then immediately attacked Albon for second, but the two collided and Albon spun, finishing 14th, while Hamilton finished third behind Gasly.

Race control said the incident would be investigated after the race and Hamilton has now been summoned to see the stewards at 16.45 local time.

“I massively apologise to Albon,” said Hamilton after the race. “I went for a move that, the gap was kind of there, but obviously it closed right at the end.

Hamilton said he “raced my heart out” in a thrilling grand prix, which he led twice thanks to strategic decisions but faded late on.

Mercedes described the decision to pit under the final safety car, while running second, as a “slightly impetuous” decision “driven by battling a slightly faster Red Bull today which put us under pressure to do something different”.

Hamilton said he “gave it everything” and “left nothing on the table”, adding: “I took a lot of risks today.”

“We threw everything and the sink at it,” said Hamilton. “We could keep up with them [Red Bull’s race winner Max Verstappen] through the corners, but they were just outshining us on the straights. I think there was nothing we could do.”

Hamilton almost re-passed Gasly for second on the final lap, drawing alongside the Toro Rosso exiting the penultimate corner, but lost out in a drag race with the Honda-powered car.

“He [Gasly] did a great job,” said Hamilton. “He was very fair with how he positioned the car.”