Hamilton feels Red Bull has the edge over Mercedes at Spa 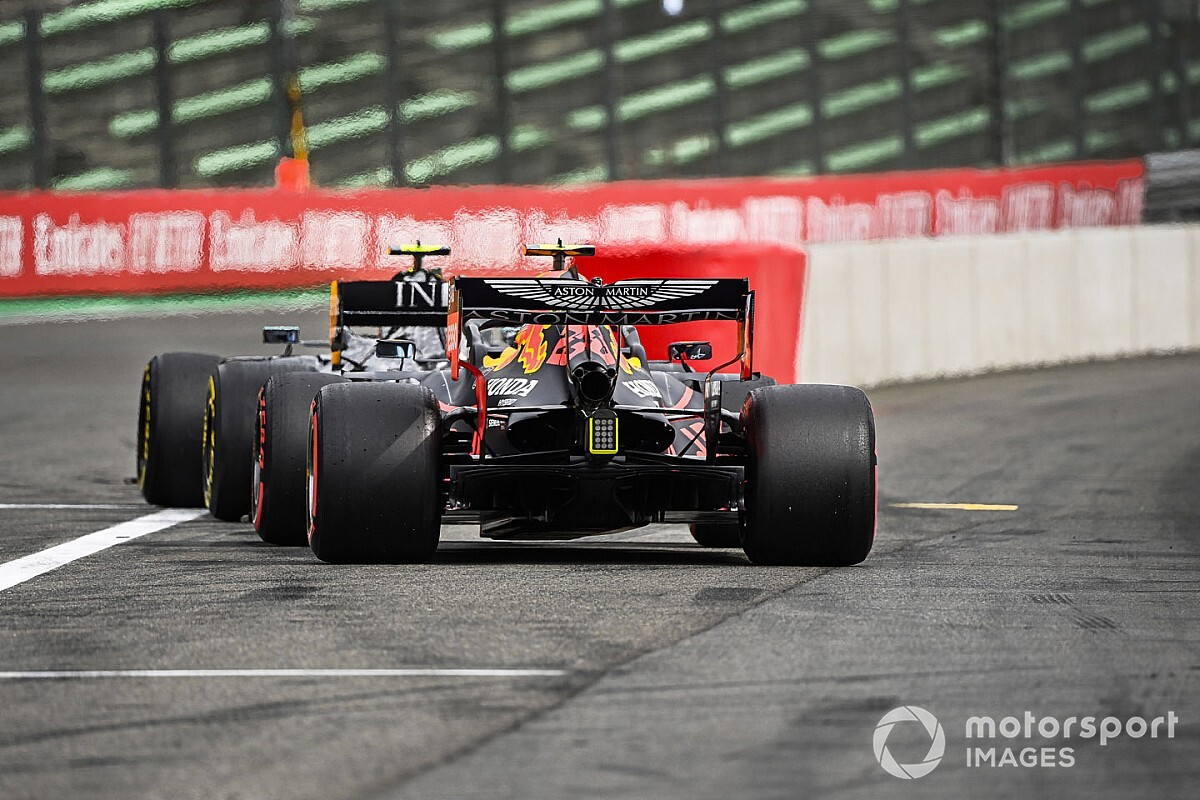 Lewis Hamilton thinks Red Bull is ahead of Mercedes at the Belgian Grand Prix, as he admitted his team had work to do after the opening day of practice.

Although the world champion ended up just behind teammate Valtteri Bottas in the first session at Spa-Francorchamps, he was only third fastest in the second session.

The form of the cars has left Hamilton convinced that Red Bull has the edge right now, with Mercedes needing to find something overnight to recover.

“It's very close out there between us,” said Hamilton. “I think the Red Bulls are just a little bit quicker at the moment. But even Racing Point, I think it is right with us. And then also Daniel Ricardo is very close.

“So that makes it exciting. We've got some work to do, that's for sure, to try and dial in the car a bit more. But it doesn't feel bad at all.”

Hamilton is not too alarmed by the form seen on Friday, though, as he thinks it only natural that the grid will close up during the season and form will ebb and flow depending on track layout.

“As I anticipated coming to this weekend, we're only into the seventh race, the field is going to get closer and closer as the whole of F1 develops. It's already showing this weekend as we seem to be so close with everyone.

“And we've got to understand why - whether they've taken a step or we've taken a step back? Or is it just the track layout or downforce level? Who knows? We'll work on that. But I'm excited for an interesting race, that is for sure.”

Valtteri Bottas, who said he had been struggling with understeer all day, reckoned things seem tighter in Belgium than they had been at other venues.

“It seems very close,” he said. “Normally on Friday we've seen other teams performing maybe a bit better than us [than they do] on Saturday. But it looks closest so far we've seen.

“So I think that's going to make an exciting tomorrow, and I'm sure we can improve a lot. But it depends on the others.”

Verstappen doubts he can fight Mercedes for pole