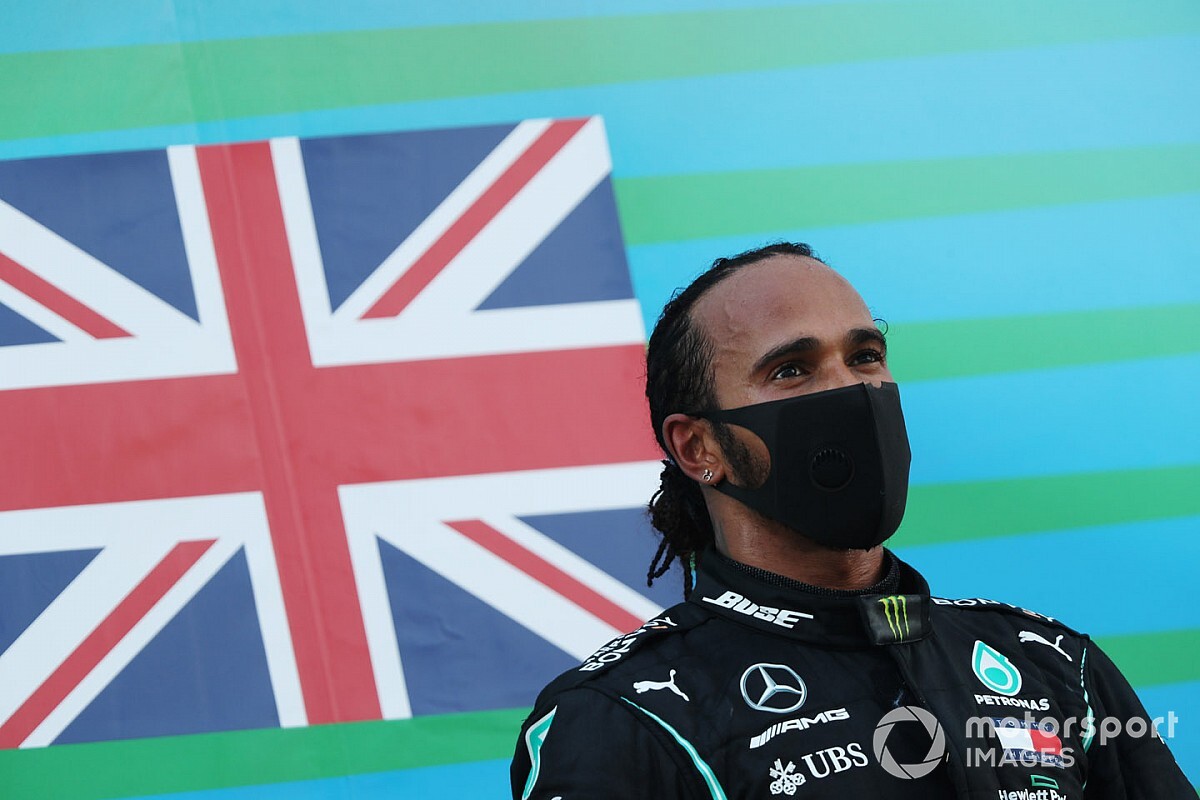 Mercedes' Lewis Hamilton says his 2020 Formula 1 season has been a "lonely journey" in his bid to steer clear of any unnecessary COVID-19 risks.

Sergio Perez's absence from the two Silverstone races after testing positive following his trip home to Mexico has served a reminder to all drivers of the potential impact of the virus on their careers.

Hamilton has traditionally mixed his intense focus on race weekends with outside interests such as music, fashion and extensive travel, often heading to the USA in gaps between European races.

However, the busy 2020 schedule, which began with six races in seven weekends, has seen him obliged to live in a "bubble" with limited contact outside his inner circle.

He has spent much of the past two months living in his motorhome at race venues with trainer Angela Cullen.

Hamilton admits that it hasn't been easy to change his usual routine while keeping an intense focus on the title battle.

When asked by Motorsport.com about balancing his title aspirations with avoiding others, Hamilton replied: "I think it's definitely a challenge. Obviously everyone's in the same boat.

"Probably the journey of an F1 driver fighting for a championship, it can often feel like a lonely journey.

"That's magnified this year, obviously with having to limit people who are in your bubble, and of course moving around.

"I don't know, it's hard to put the words together. But everyone's doing it, I think. It's a real challenge, and a real test mentally for me personally. I don't know how it is for you guys, maybe you're seeing your families and stuff, but I'm not.

"But as you can see, I'm focused and as driven as ever, and it's a marathon, not a sprint.

"So I just keep my head down. I know that I'll get to enjoy myself a little bit more at the end of the year when nothing's particularly at risk, and I can hopefully be with family then."

Mercedes team boss Toto Wolff suggested that Hamilton's recent focus on promoting diversity and the Black Lives Matter campaign had provided him with a useful outlet.

"Lewis has always been at his best when he fought adversity," said Wolff. "I think the Black Lives Matter movement is close to his heart, and it certainly helps in terms of motivation.

"What I've always said is I'm impressed how he develops.

"Every season, he's better in terms of his personality and as a driver, and that is really inspiring in a way that as a mid-30-year-old, he is able to show us how you can develop as a personality, and how you can improve your game, how you can have interests outside of motor racing that actually make you stronger."