Hamilton reveals why he visited F1 stewards during red flag 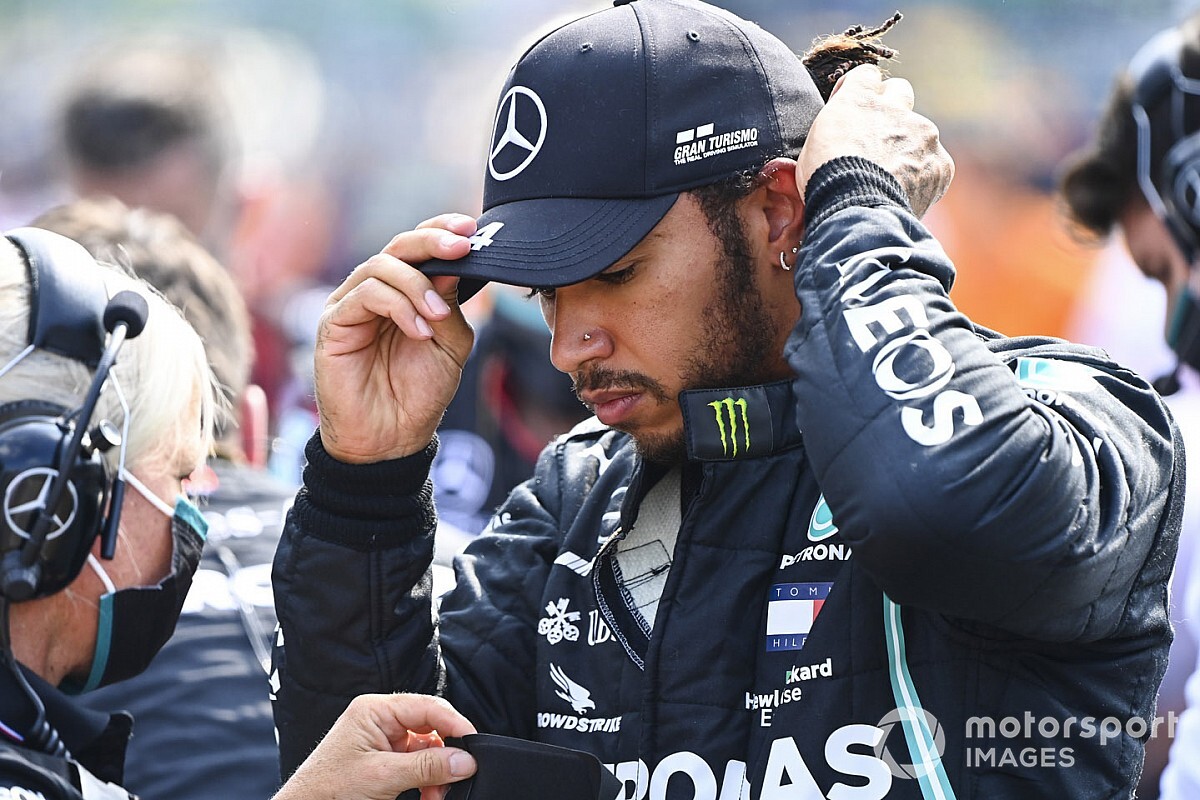 Lewis Hamilton visited the Formula 1 race stewards during the red flag period in the Italian Grand Prix to understand why he had received a 10-second stop/go penalty.

Hamilton was penalised after entering the pitlane while it was closed during Sunday's race at Monza, costing him the lead and dropping him to the back of the field.

The pitlane was closed shortly after the safety car was deployed so that Kevin Magnussen's stricken Haas car could be wheeled from the exit of the final corner back towards the garages.

Mercedes only became aware the pitlane was closed just as Hamilton came to pit entry, with Hamilton himself missing two boards denoting he should not enter the pits.

The stewards said Hamilton would have to serve a stop/go penalty during a red flag period caused by a big crash for Ferrari's Charles Leclerc, leading to a 30-minute stoppage.

During this period, Hamilton was shown on the TV feed going up to the stewards' offices in the Monza paddock before ultimately returning to his car. He went on to finish the race seventh after serving his penalty on the race restart.

Hamilton explained after the race that he had gone to the stewards to understand why the penalty had been awarded, having not seen any red light at pit entry.

"I came back, spoke to the team, they didn't have any video, and I just wanted to see what had been missed," Hamilton said.

"I could have sworn on the entry to the pitlane there was no red light. It wasn't to see Michael [Masi], it was to see the other stewards who made the decisions with penalties.

"They just quickly showed me the onboard, and there were two signs that had an X on it. I actually didn't see them, because I was looking elsewhere.

"Then there was not really much more for me to do, so I just left, went back, got changed, and that's ultimately why I was a little bit late to the grid."

Asked by Motorsport.com how hard it was to spot the boards, Hamilton said he had not previously known the lights denoting the pitlane was closed would be shown on the left-hand side of the circuit.

"I don't remember any time coming here that that was the indicator for the pitlane closing," he said.

"I've never actually known that would be on the left. That was a new experience."

Hamilton also echoed Mercedes team principal Toto Wolff's surprise that the pitlane was closed so that Magnussen's car could be returned to the pit lane, having expected it to be wheeled backwards into a gap in the fence at Parabolica.

"Why the hell did they push it? I know why, but I don't understand why they took that decision necessarily, because that wasn't needed."