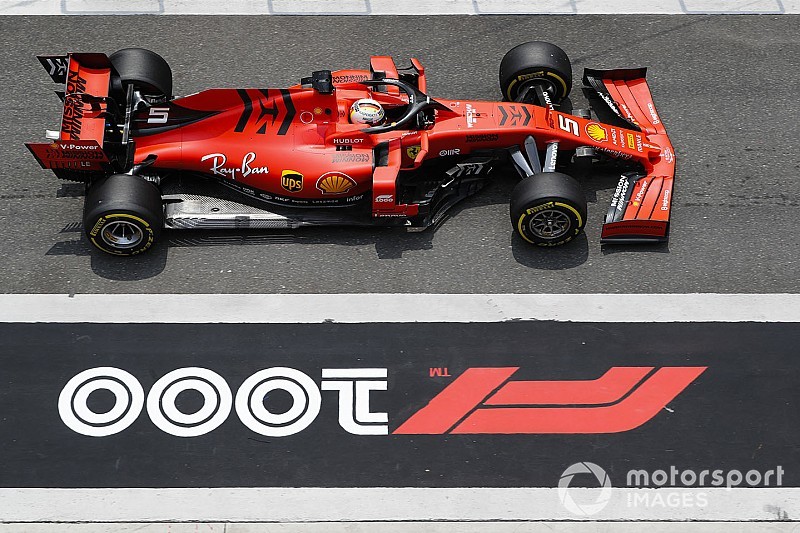 Lewis Hamilton says it will be harder for Mercedes to catch Ferrari if its Formula 1 rival has established an engine advantage than if it has a better chassis.

Mercedes has finished first and second in the opening two grands prix of the season, with Valtteri Bottas winning in Australia and Hamilton inheriting victory in Bahrain after Charles Leclerc's Ferrari suffered an engine problem.

However, Mercedes was left wary of Ferrari's straightline speed advantage in Bahrain, and has flagged it as a concern for this weekend's Chinese Grand Prix.

Asked if an engine deficit would be harder to catch up than on the chassis side, Hamilton said: "It is, I think.

"The engine side of things it's very, very hard to make big gains without taking risks, especially with the regulations that we have these days, with the small amount of engine and turbos. Those steps are harder to come by.

"I think it's probably a combination of a couple of things. But closing that gap on straightline speed, it's not something that you'll see close up particularly quickly."

Mercedes has been the dominant force in F1's V6 turbo-hybrid engine era, sweeping to title doubles every year since 2014.

Ferrari has developed a regular race-winning package over the past two seasons, though and Mercedes thinks it now has the edge.

Mercedes cited a multi-tenth advantage for Ferrari on the straights at the previous race, but is wary of how downforce levels could have influenced that.

"It seems like a big difference on the straights honestly," said Bottas. "That is how it was in Bahrain but it is only one track and there are different downforce levels, which affects [straightline speed] quite a lot.

"Making four tenths in terms of the power of the engine is very difficult to gain over one season. We will work as hard as we can but also not forgetting the other areas we still know with the car that we can still improve.

"It is still very early days in the season and especially with the new regs the cars performances are going to improve a lot."

Mercedes team boss Toto Wolff agreed that downforce levels could have been a big factor in Bahrain, where Sebastian Vettel had feared Ferrari might have no top-speed edge at all.

Wolff also said Ferrari deserved credit for whatever advantage it may establish.

"There was a massive engine power on the straight but it's not always engine power," he said when asked by Motorsport.com to elaborate on Hamilton's comments about catching an engine deficit.

"The drag levels are playing an important role in the calculation. This is something we need to evaluate. This morning [in FP1] there was a frightening lap of Sebastian again in straightline speed but it is what it is.

"We have to stretch ourselves and fight and extract performance out of the chassis and out of the power unit. Having a benchmark like that helps and motivates."

F1 becoming "more of a hobby" for Raikkonen