The significance of the damage to Lewis Hamilton’s floor in the Australian Grand Prix has been revealed in images of his Mercedes obtained immediately after the race.

Hamilton had been left baffled during the Formula 1 season opener as to why he had been struggling with the balance of his Mercedes.

It was only after the race that his Mercedes team discovered damage to the floor area of his car ahead of the left rear tyre.

As the below images show, Hamilton was left without the last (and largest) fully enclosed hole and edge flap at the rear of the floor. The inset image shows where the missing part should be. 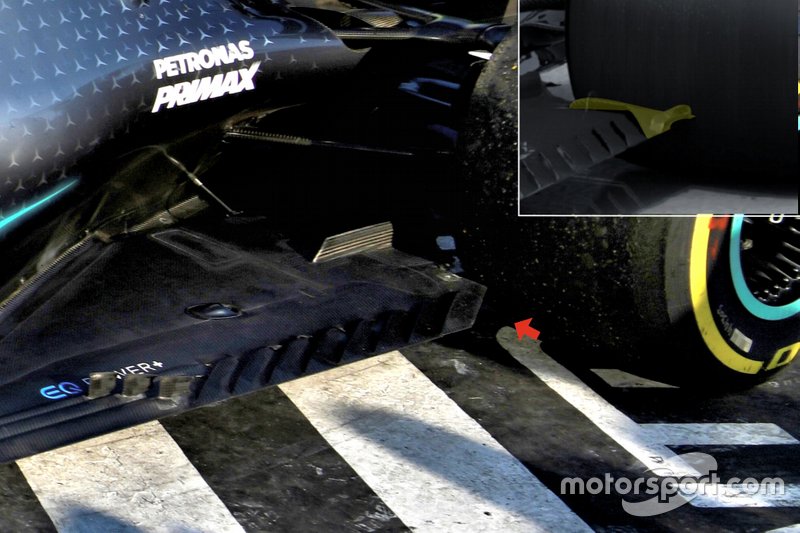 Although this part is quite small, it is critical to the performance of the diffuser as it helps control the direction of the airflow around the rear tyre – and especially prevents airflow from spilling into the path of the diffuser.

The likely impact of the missing part is that it would have made the car very unbalanced – as the airflow over both sides of the car would have been different.

This not only would have impacted on the car balance, and Hamilton’s ability to push, but would have hit tyre management too.

Hamilton thinks the damage was caused on lap four of the race, because his pace suddenly dropped away from teammate Valtteri Bottas.

“I was quite easily keeping up with Valtteri until then,” he said. “Then afterwards I felt I was really struggling with the rear. From lap four, that’s when the damage occurred. I’m not sure where it came from, because I didn’t run wide anywhere.”

Hamilton believes that he may have run over debris that had been left on the track from Robert Kubica’s damaged front wing.

As the below photograph shows, the part was present at the start of the race. 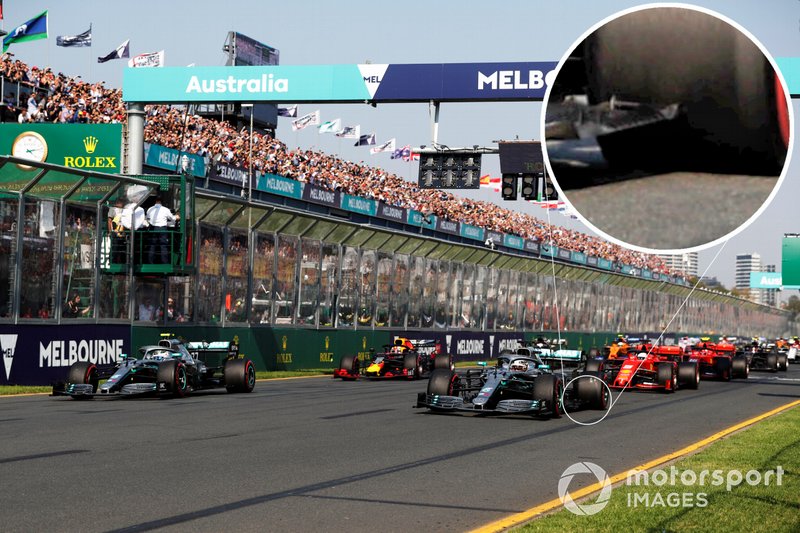 Promoted: Why you should go to the 2019 French GP

Why ruthless 'new Bottas' is a real title threat