Lewis Hamilton feels the FIA changes rules to "keep the racing exciting" after receiving a 10-second penalty that cost him a shot at Russian Grand Prix victory. 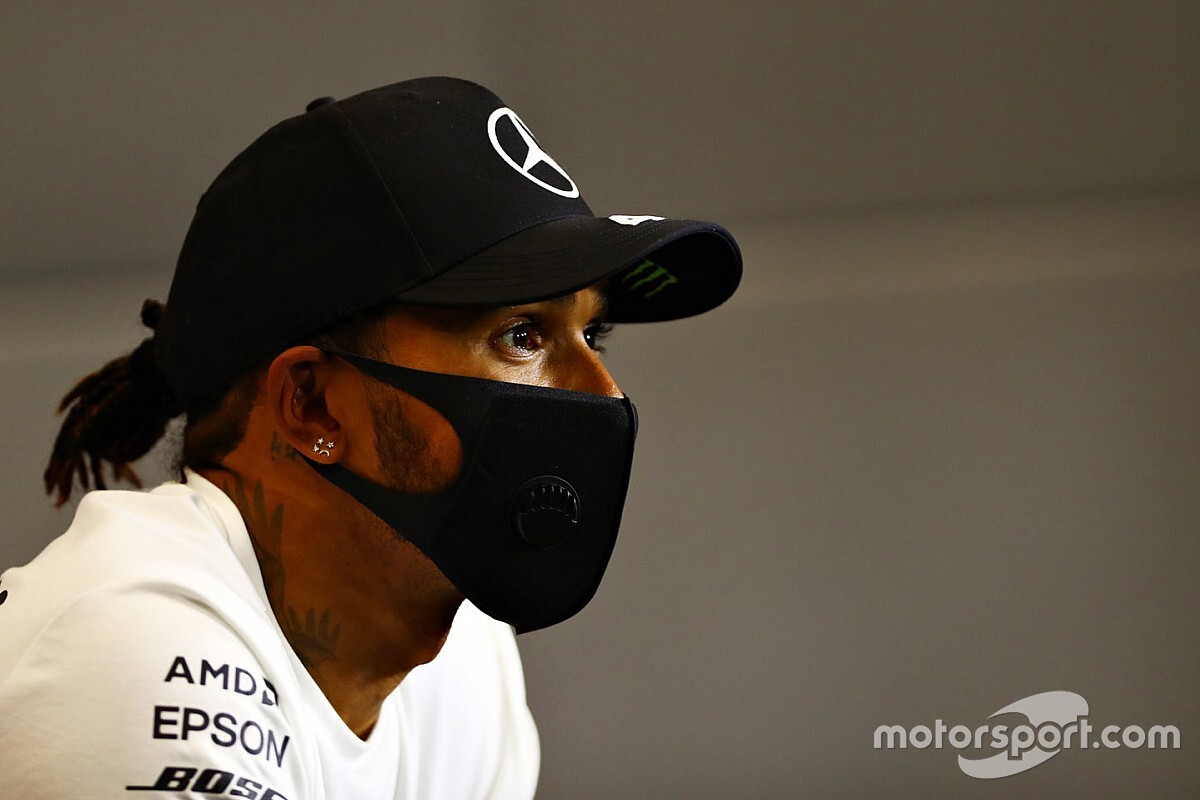 It resulted in a five-second time penalty for each violation, forcing Hamilton to wait for 10 seconds when pitting, dropping him out of the lead.

He eventually finished the race third as teammate Valtteri Bottas scored his second win of the season.

Hamilton said in the aftermath of the race that the stewards were "trying to stop me", calling the penalty "ridiculous". He was also initially handed two penalty points on his FIA superlicence, only for the sanction to later be rescinded.

Asked if he felt targeted by the rulings, Hamilton explained that it was not him specifically, but whoever was dominating F1 that was susceptible to rulings to try and rein them in.

"I don't necessarily think that it's for me," Hamilton said. "I think probably most teams, whenever a team is at the front, obviously they are doing a lot of scrutiny.

"Everything we have on our car is being checked, and double-checked and triple-checked.

"They are changing rules, such as the engine regs, lots of lots of things to get in the way to keep the racing exciting, I assume.

"I don't know if the rules, in terms of what happened today, was anything to do with it but naturally that's how it feels.

"It feels like we're fighting uphill, but it's OK. It's not like I haven't faced adversity before.

"So we just keep our heads down and keep fighting and keep trying to do a better job and be cleaner and squeaky clean, as I said before."

Mercedes is on-course to win a seventh consecutive constructors' championship in 2020, but has faced a number of regulation changes across the course of its streak.

After capitalising on the new V6 hybrid engine regulations in 2014, the team had to contend with a significant aerodynamic rule overhaul for 2017 that saw Ferrari cut the gap.

A more minor aero rule change followed in 2019, again seemingly designed to cut Mercedes' advantage, while further shake-ups such as reverse grid sprint races in place of qualifying have also been mooted in recent times.

Hamilton's two penalty points were ultimately replaced by a €25,000 fine handed to Mercedes after the stewards agreed the driver had only acted on an instruction from the team.