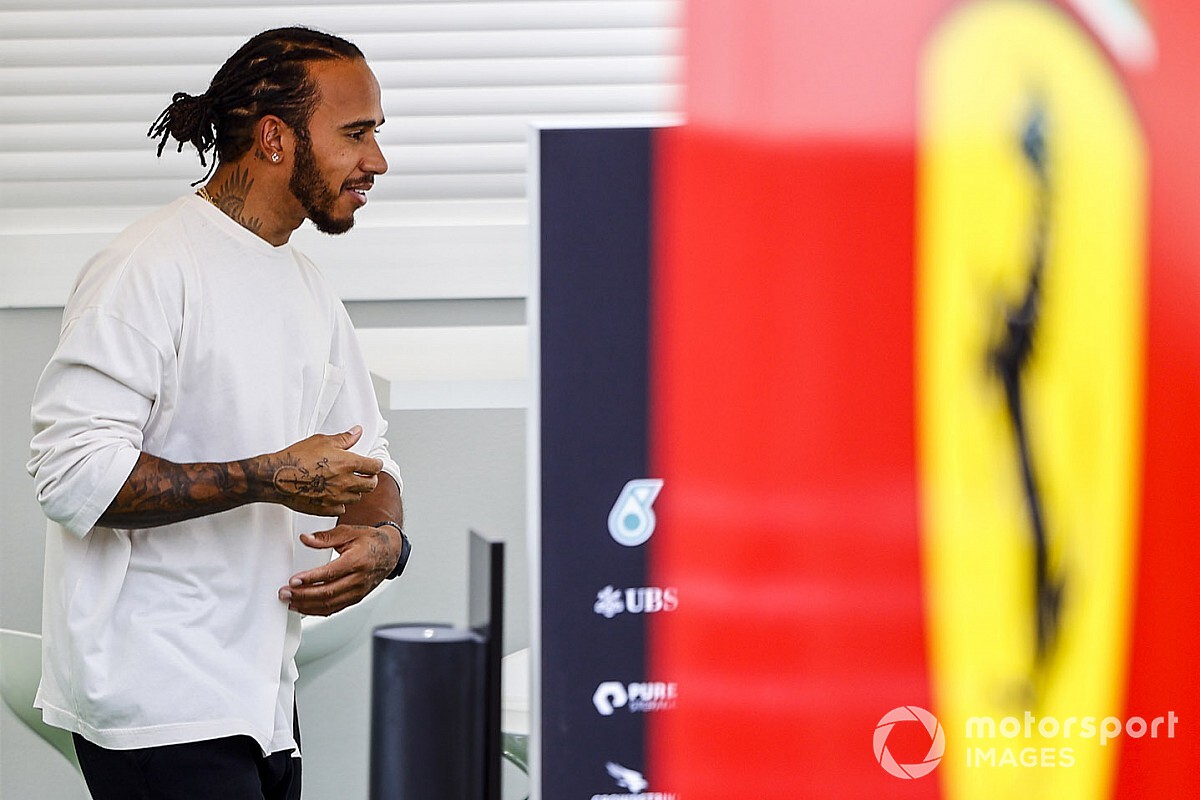 Lewis Hamilton says the impending move to ban powerful Formula 1 qualifying engine modes will not "get the result that they want" in terms of its impact on Mercedes' performance.

F1 squads have been informed that the FIA will issue a new technical directive ahead of this month's Belgian Grand Prix, which will mean the cars will have to run the same engine mode in qualifying and races.

This has been interpreted as a move to reduce the impact of the significant gains the Mercedes-powered teams are able to make in qualifying.

When asked if Mercedes had more to lose compared to other engine suppliers with the move in the pre-event press conference for this weekend's Spanish GP – the last race before the event at Spa – Hamilton replied: "No. And just going back to the fact that at the end of the day, the guys on our team have done such a great job with the engine.

"It's obviously to slow us down but I don't think it's going to get the result that they want, so that's totally fine if they do."

Hamilton also said "it's not a surprise to us, they're always trying to slow us down. But it doesn't really change a huge amount for us so it's not a problem."

Speaking alongside Hamilton, Valtteri Bottas said Mercedes was unconcerned by the move, but voiced his thoughts on how it could lead to a reduction in overtaking during races.

"It's impossible to know with other engine manufacturers how much they can actually gain when they do it all-out in qualifying and if we're gaining more or not," Bottas explained. "We are not panicking about it, if that regulation comes it's the same for everyone.

"But when I heard about the possibility for the first time, actually this morning, the first thing [that] came to my mind [is the effect it will have in races. Because every team obviously has different modes in terms of how much they want to risk in terms of wearing the engine and sometimes when they can [change the performance mode].

"[It's] also the same for us, we can save the engine if we have margin, and also in terms of strategic things in the race, for drivers many times we are using different modes whether we are defending, attacking.

"So from my side it feels like if it could be the same engine mode for everyone all through the race, I think there could be less overtaking because everyone is just running the same modes instead of playing with them and trying to maximise every situation with sometimes using more power, sometimes less.

"But in the end it would be less things for us to do while driving. Obviously it's not up to us but we'll take it if it comes."