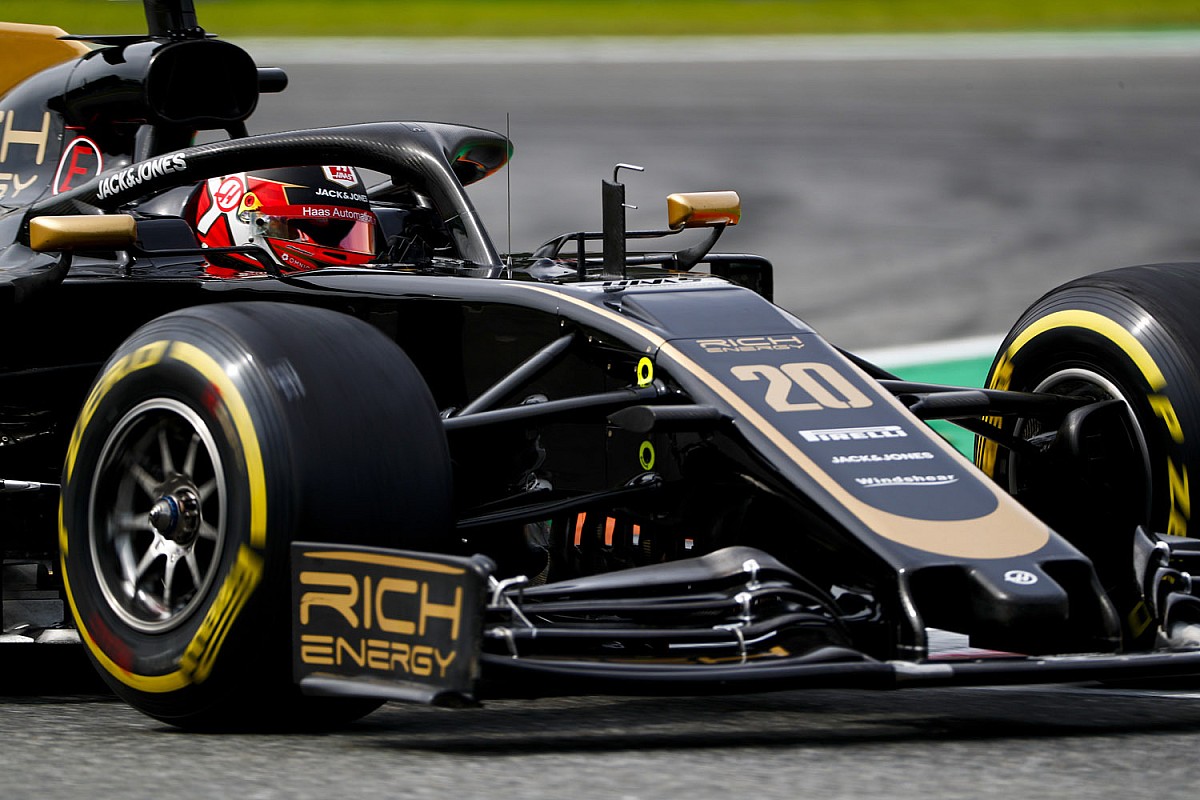 The title sponsorship agreement between the Haas Formula 1 team and Rich Energy has been terminated with immediate effect, with the team citing "a corporate restructuring process" at Rich as the impetus.

While the Rich Energy deal was the inspiration behind Haas' current black-and-gold livery, the latest decision will not impact the primary colour scheme of the VF-19, which now simply run without the branding of its now-former title sponsor.

The new energy drink company had come on board with Haas before the start of the year, having previously explored opportunities with other teams like Williams, Force India and McLaren.

But the nascent partnership between Rich and Haas was placed in doubt as early as July, when Rich Energy's then-CEO William Storey announced he had "terminated" the deal with the American F1 team due to "poor performance".

The deal was seemingly preserved by shareholders and Rich Energy's branding has remained on the VF-19 in the subsequent races, including last weekend's Italian Grand Prix.

But with team boss Gunther Steiner confirming in late August that Rich would take a final decision on the contract before the upcoming Singapore Grand Prix, a statement from the American outfit has now confirmed an "amicable" end to the partnership.

"Haas F1 team and Rich Energy have amicably agreed to end their partnership together in the FIA Formula One World Championship with immediate effect," the statement read.

"While enjoying substantial brand recognition and significant exposure through its title partnership of Haas F1 Team in 2019, a corporate restructuring process at Rich Energy will see the need for a revised global strategy.

"Subsequently, Haas F1 Team and Rich Energy concluded a termination of the existing partnership was the best way forward for both parties.

"Haas F1 Team would like to express its thanks and best wishes to the stakeholders at Rich Energy."

Binotto explains why Leclerc was "forgiven" after Italian GP