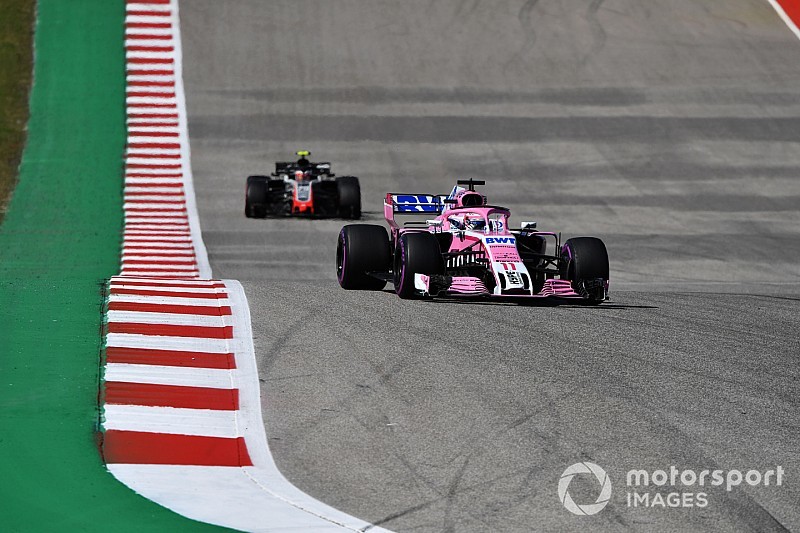 The Abu Dhabi Grand Prix stewards have dismissed Haas’s protest against the Racing Point Force India Formula 1 team ahead of the 2018 season finale.

Haas alleged that the new Force India entry, accepted by the FIA at the Belgian Grand Prix after the original entity fell into administration, is not a constructor because it used a design from a different company and team.

Haas asserted that Racing Point Force India was therefore ineligible to enter those cars in the championship.

After a long, disrupted hearing that ran across two days in Abu Dhabi, the stewards have dismissed the protest and ruled in favour of Force India in a lengthy verdict.

The stewards published nine decisions in response to the hearing, with the chief verdicts based on F1’s rules over ‘listed parts’.

These are parts that teams are asked to design themselves but they can outsource the design/manufacture provided those processes are not carried out by a competitor.

Haas had contested that Racing Point Force India had neither designed nor outsourced the parts.

The stewards ruled that the original Force India team could not be considered a “competitor or constructor” because it no longer exists and stated there is no regulatory support that listed parts cannot come from a former or excluded team.

Force India ceased to meet the FIA definition of both a competitor and a constructor on August 16, when its assets were sold to allow the formation of the new Racing Point Force India organisation.

The stewards thus determined that the procurement of the listed parts was allowed.

As they are satisfied Racing Point Force India meets the definition of a constructor and a competitor of the 2018 world championship, they have ruled that it is a valid entry.

Haas’s protests were therefore dismissed, although the team has the right to appeal.

The stewards noted that Haas acted good faith as “significant material” only came to light recently.

Though the appeal was over a sporting matter, the row is a legacy of a dispute of whether the new Force India team should be eligible for prize money.

Haas does not believe the 'new' Force India should be allowed to immediately qualify for ‘Column 1’ payments, which teams need to finish in the top 10 in two of three seasons to be eligible for.

It argues that as Haas had to wait for those payments after it joined the grid in 2016 then the new Force India entry should do the same.

In their verdict over the protest, the stewards made it clear that Force India is a "new team" and a "separate and different legal entity" and therefore "cannot be considered the same team as the former Force India".