Gunther Steiner paid tribute to the Formula 1 marshals and medical staff who helped Romain Grosjean escape from his terrifying first lap crash, saying he was "lucky by being unlucky".

By:
Luke Smith
Romain Grosjean, Haas F1, in the back of an ambulance 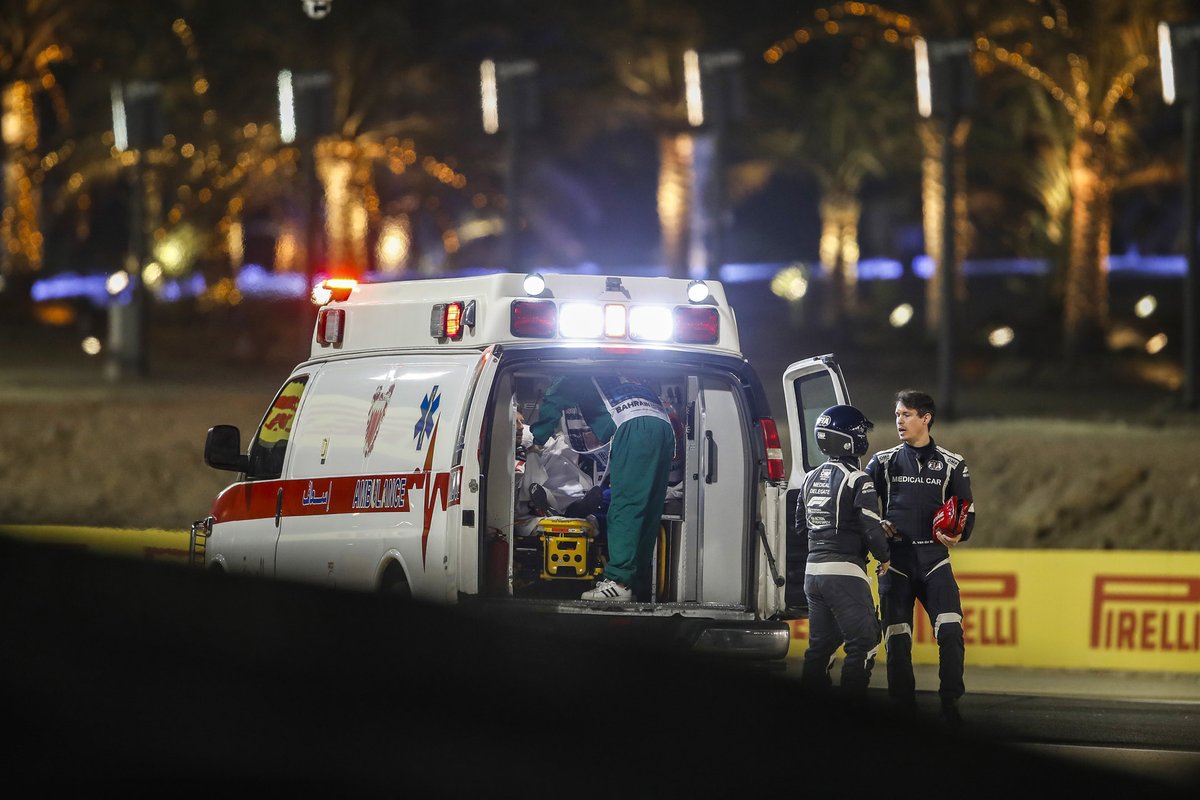 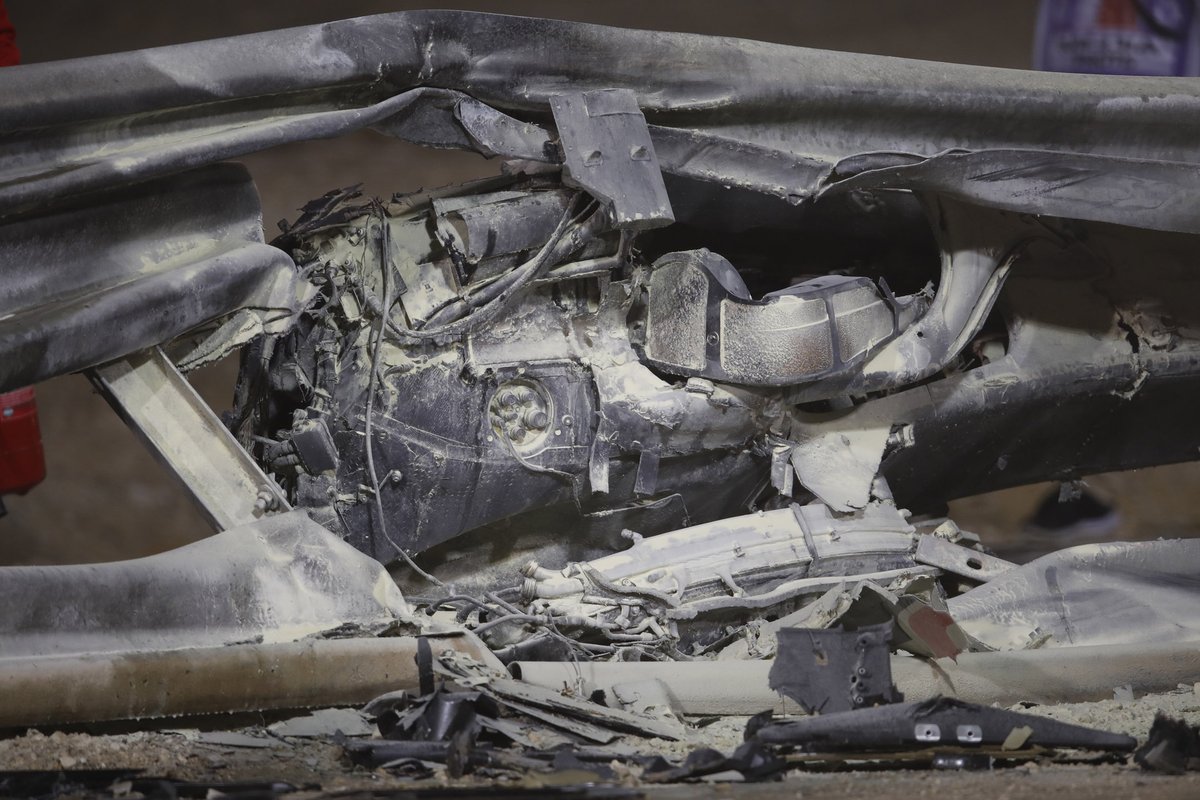 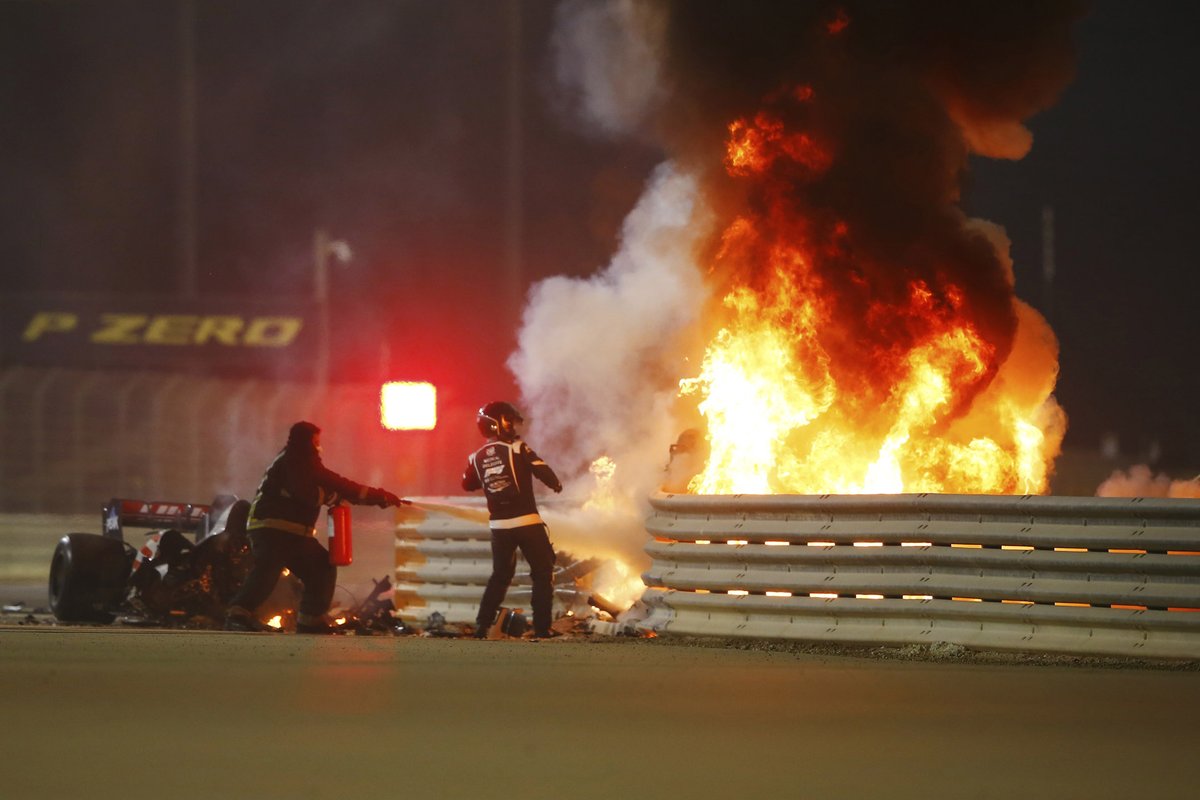 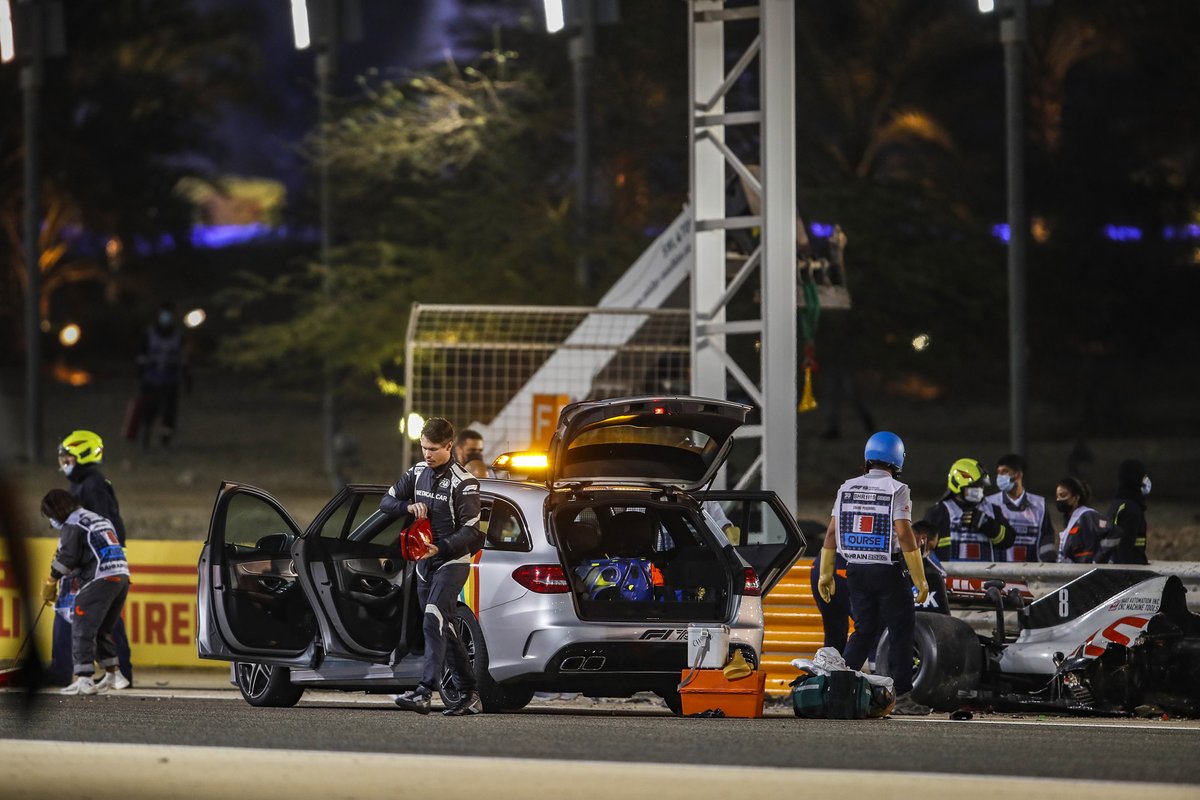 A photographer takes pictures as marshals work to clear the track 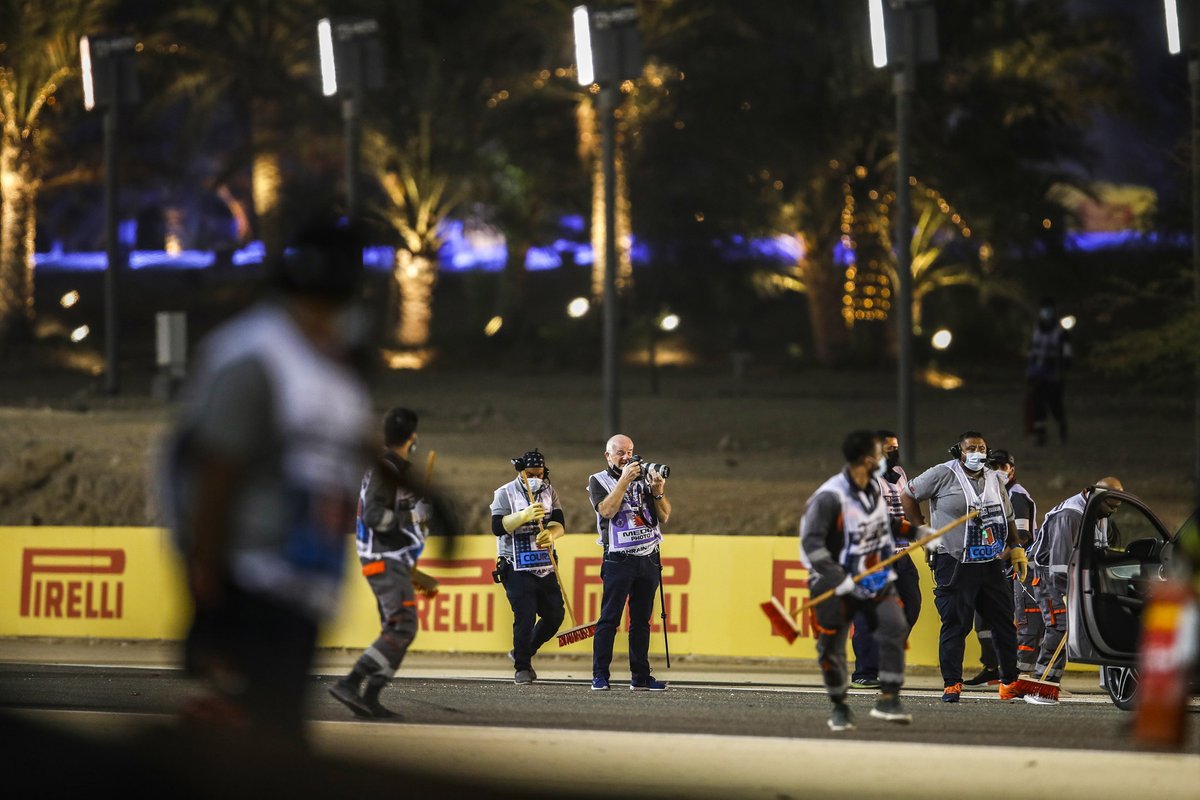 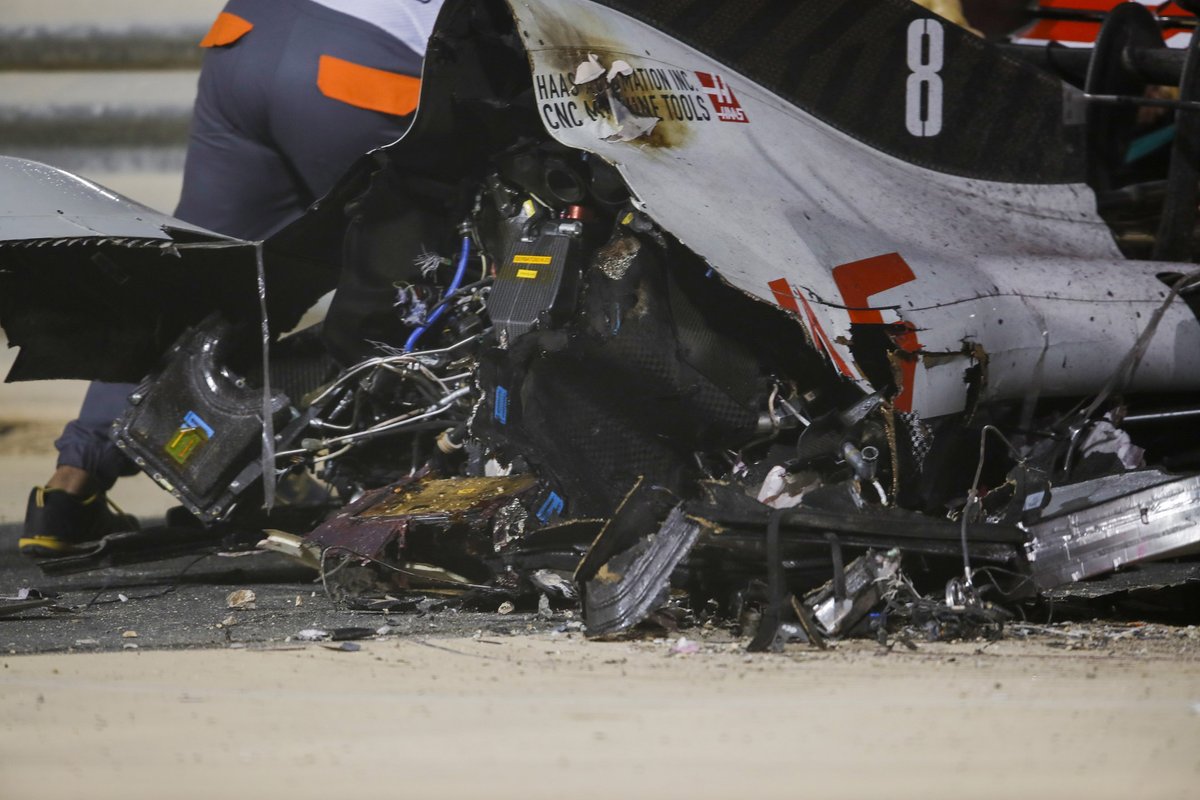 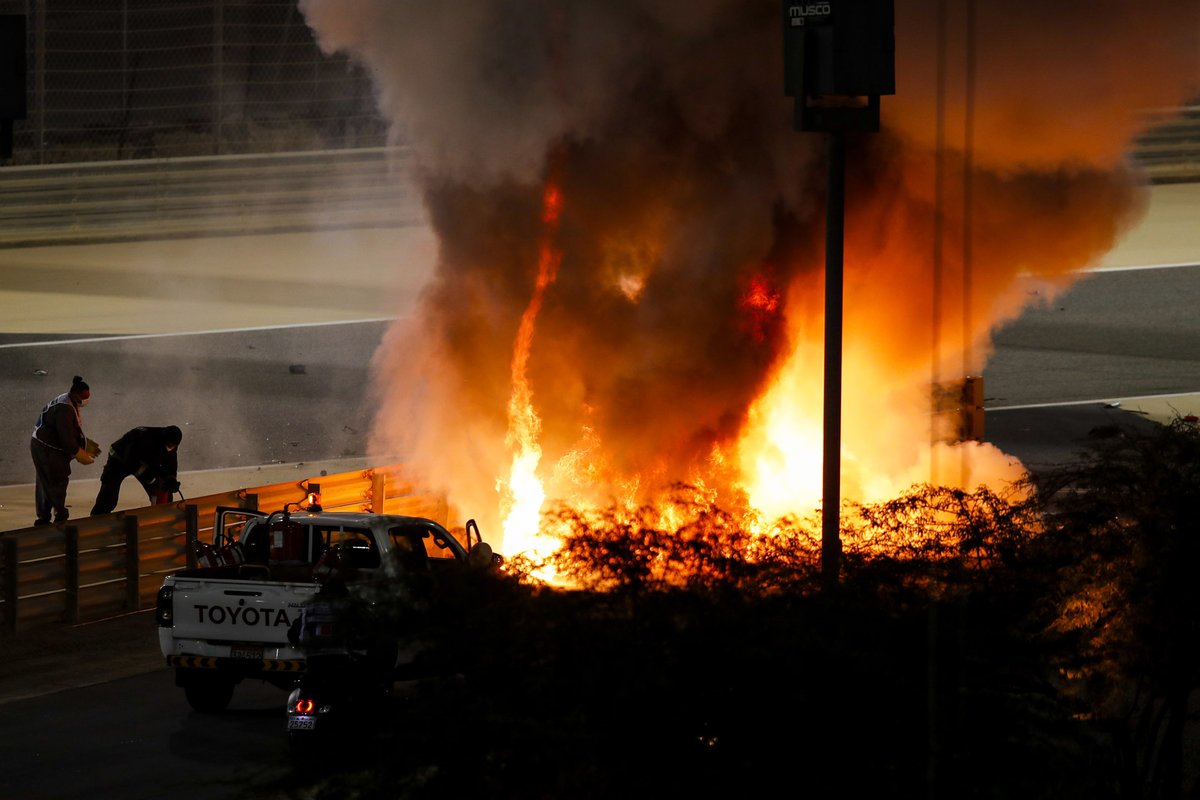 7/22
The wrecked car of Romain Grosjean, Haas VF-20, after a big crash on the opening lap 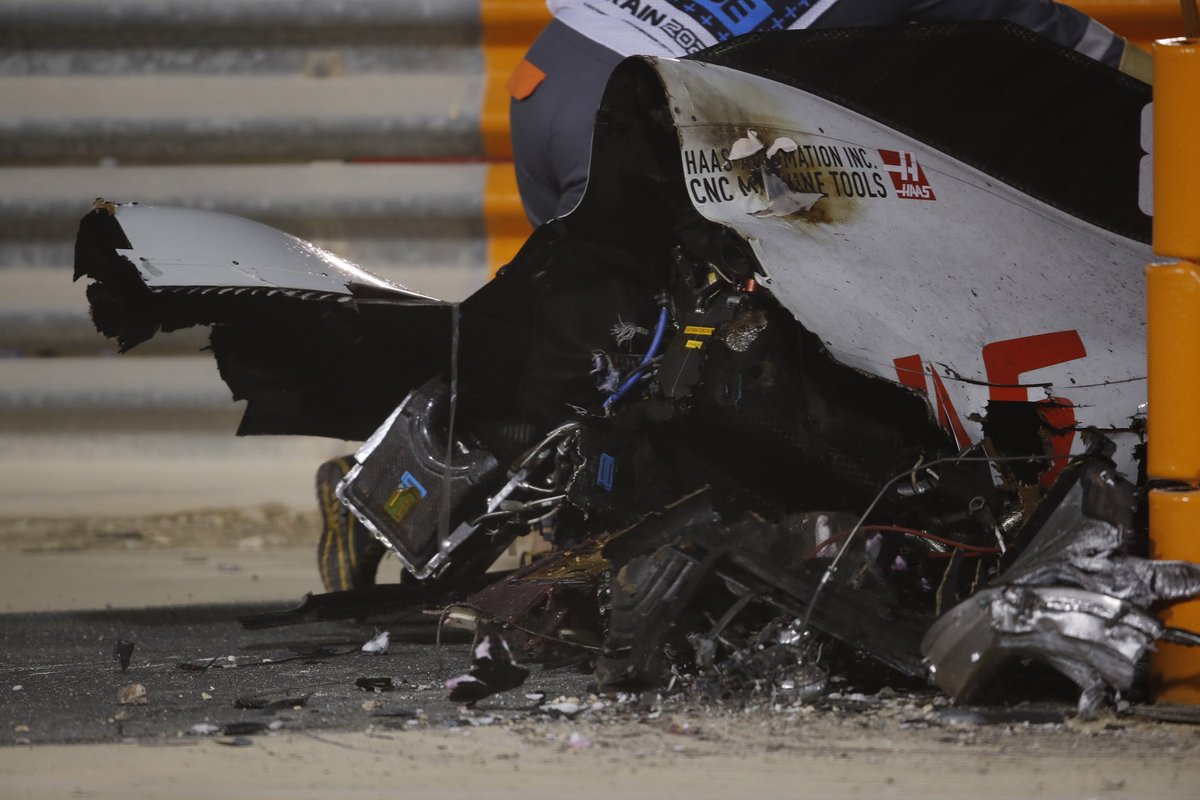 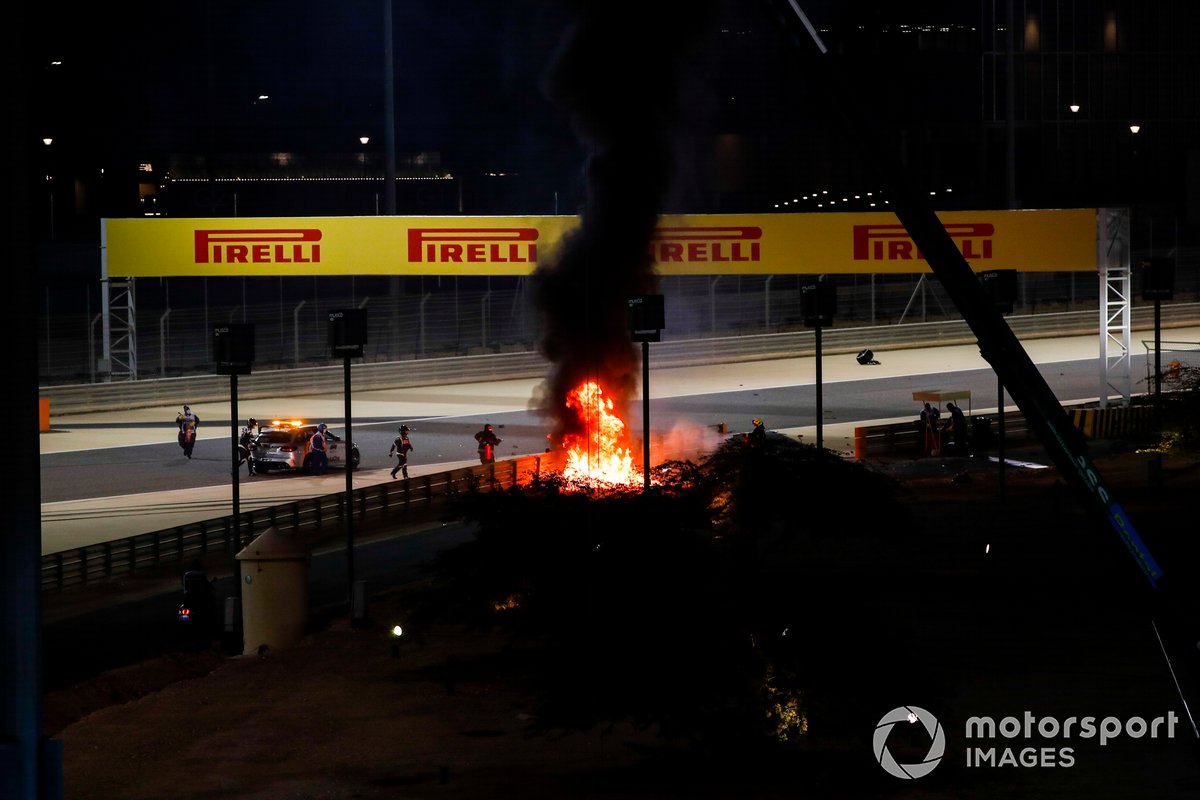 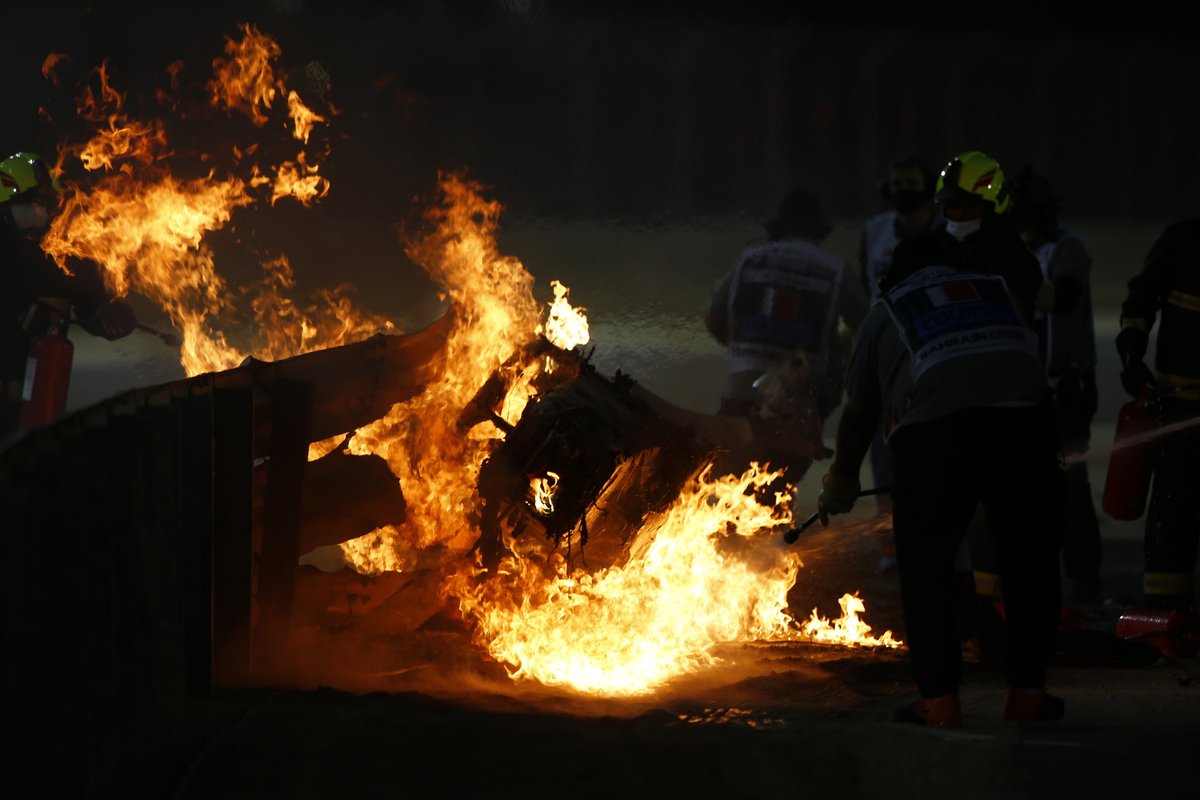 10/22
Marshals deal with the wreckage after a huge crash for Romain Grosjean, Haas VF-20, on the opening lap 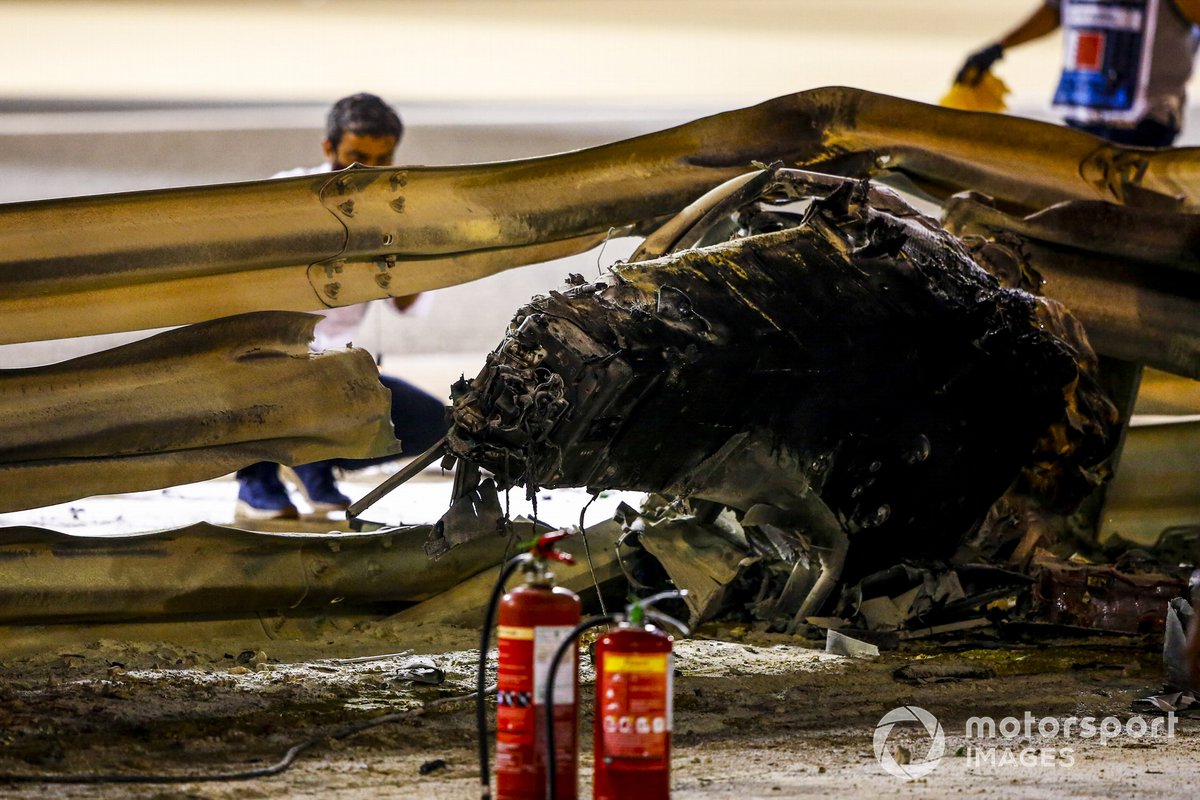 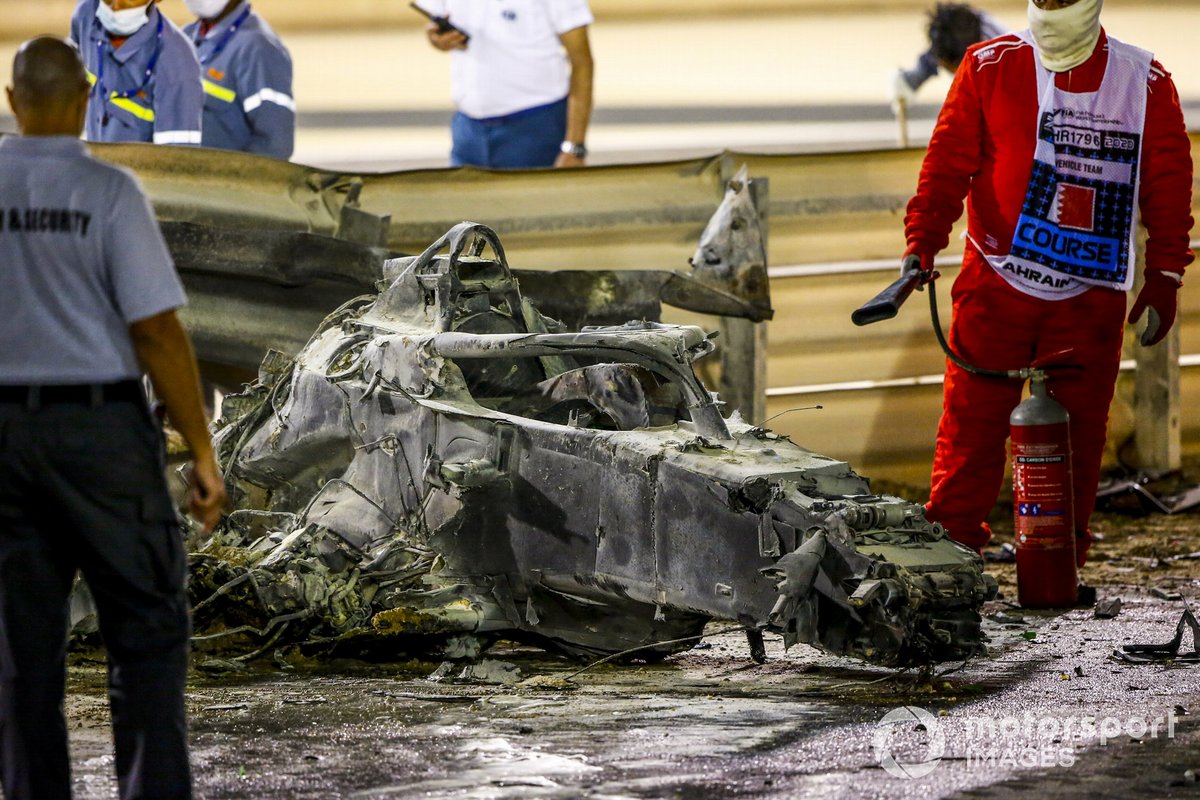 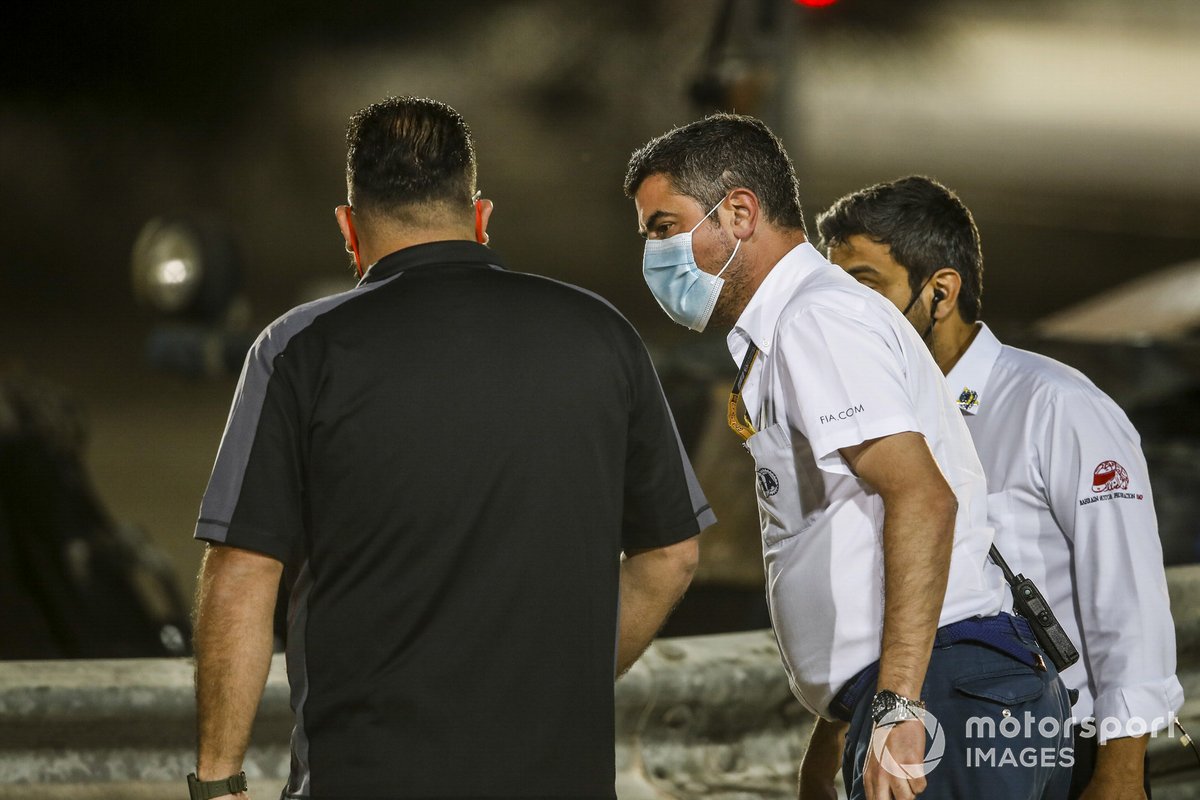 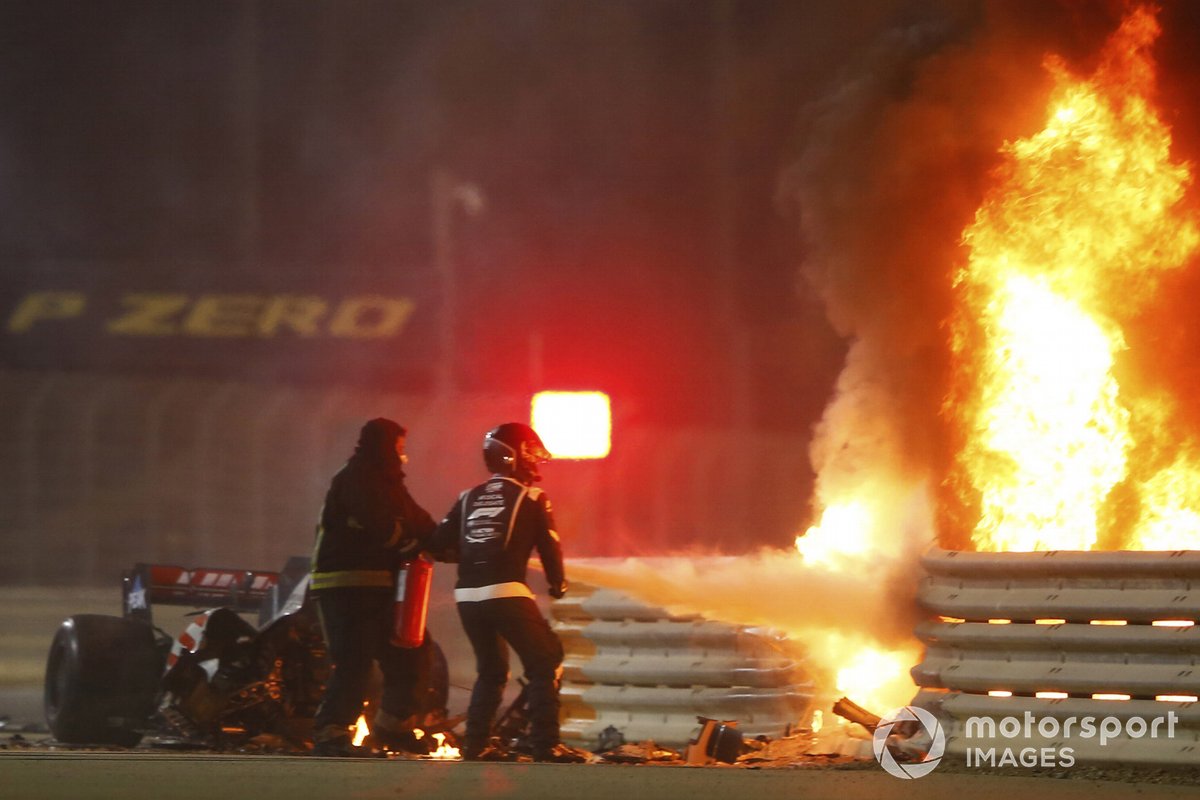 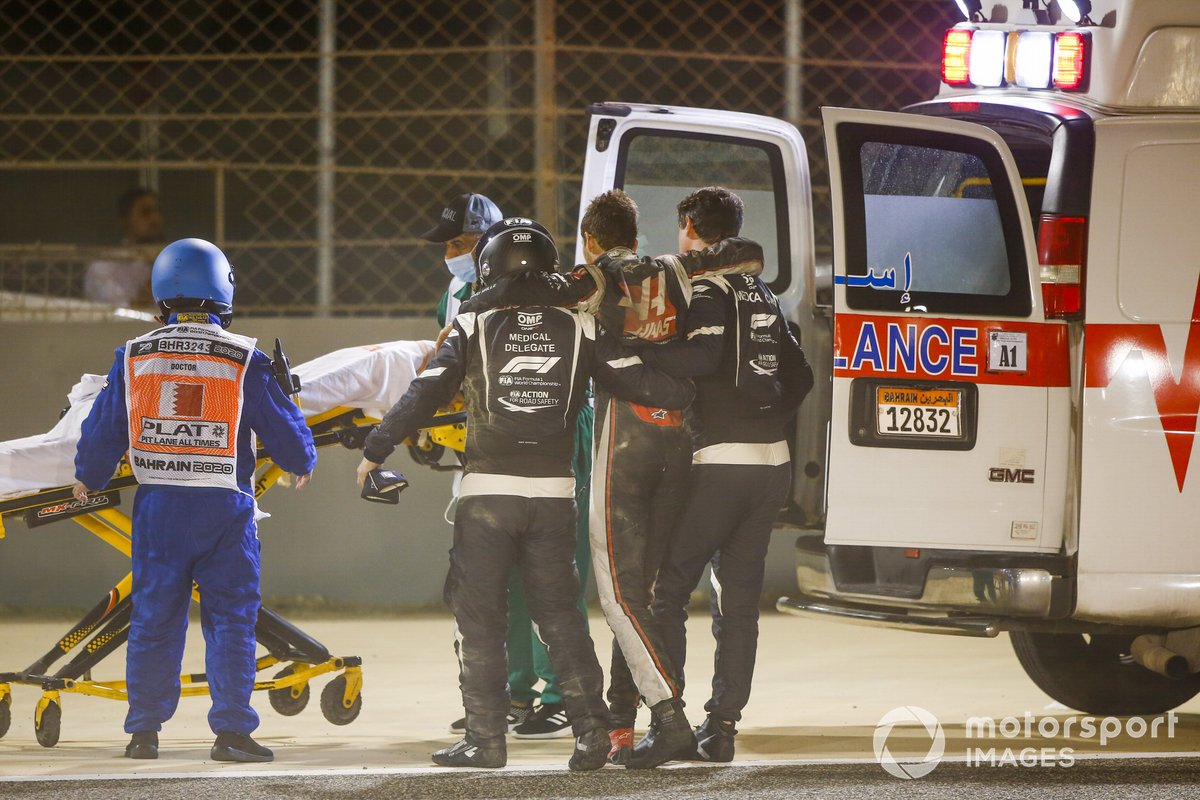 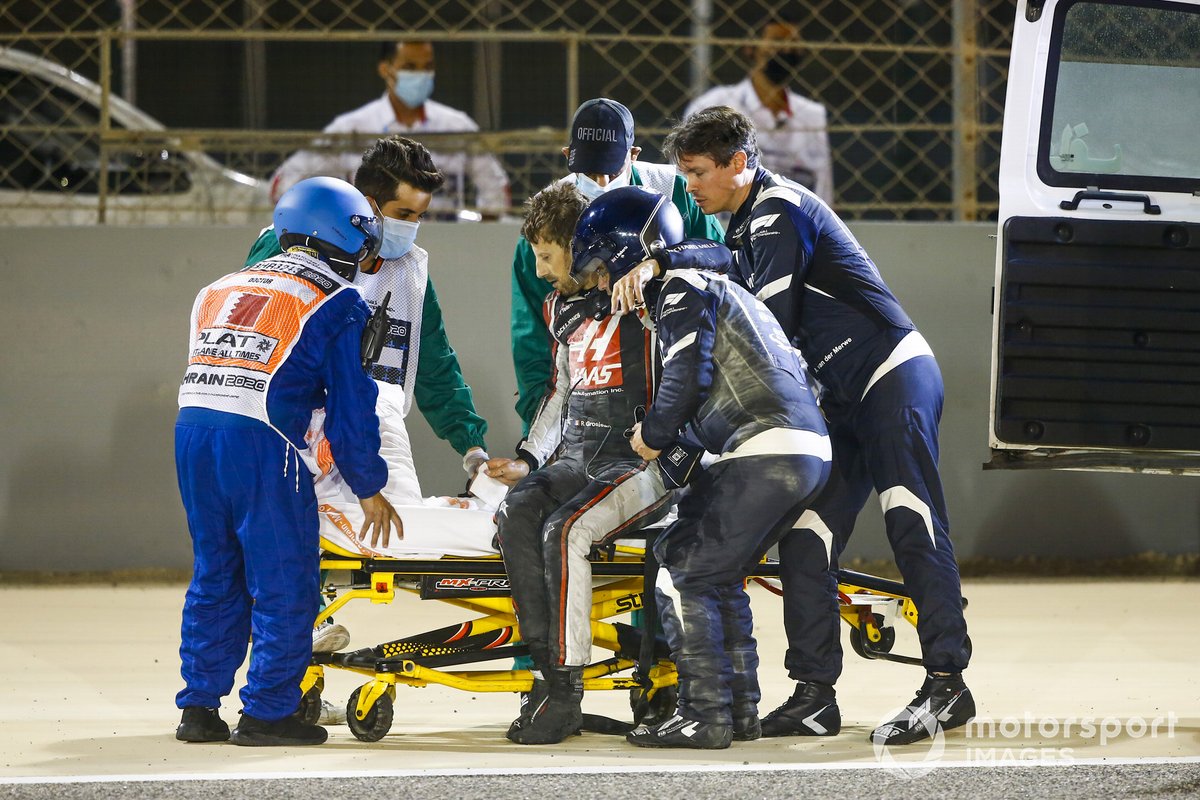 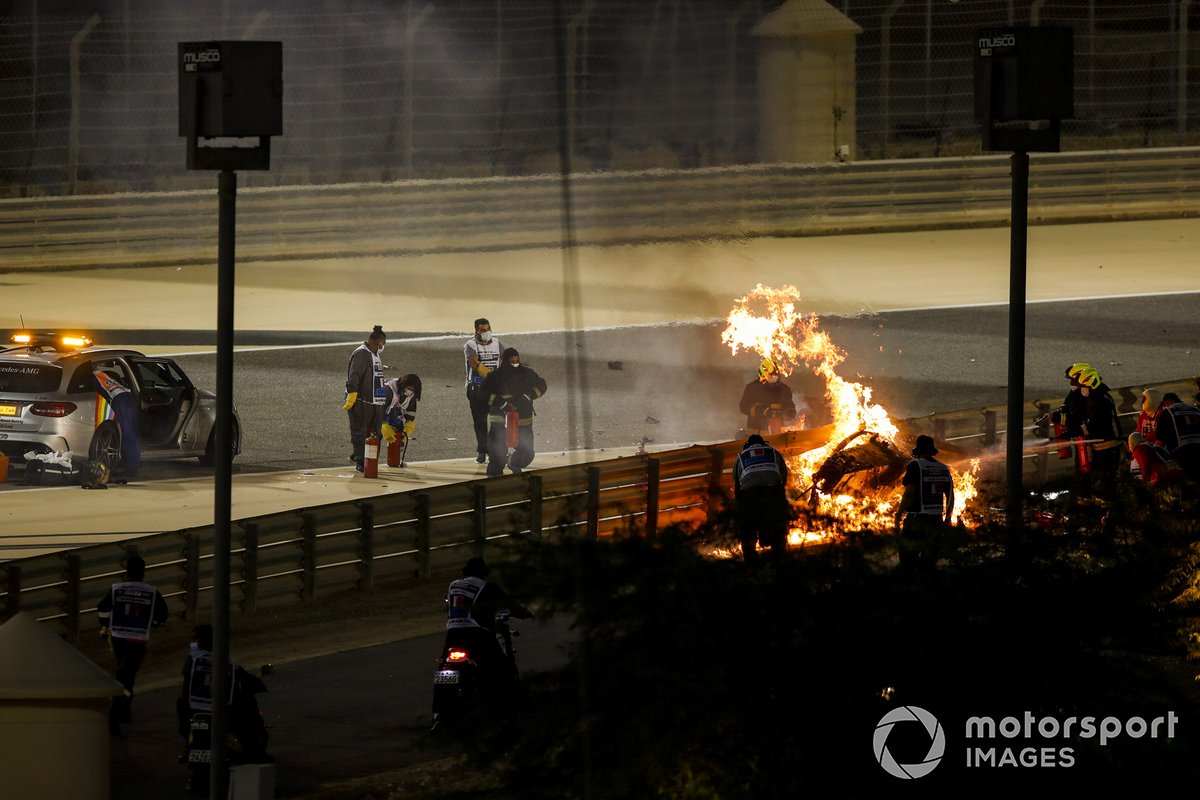 The wrecked car of Romain Grosjean, Haas VF-20, and damaged Armco after a big crash on the opening lap 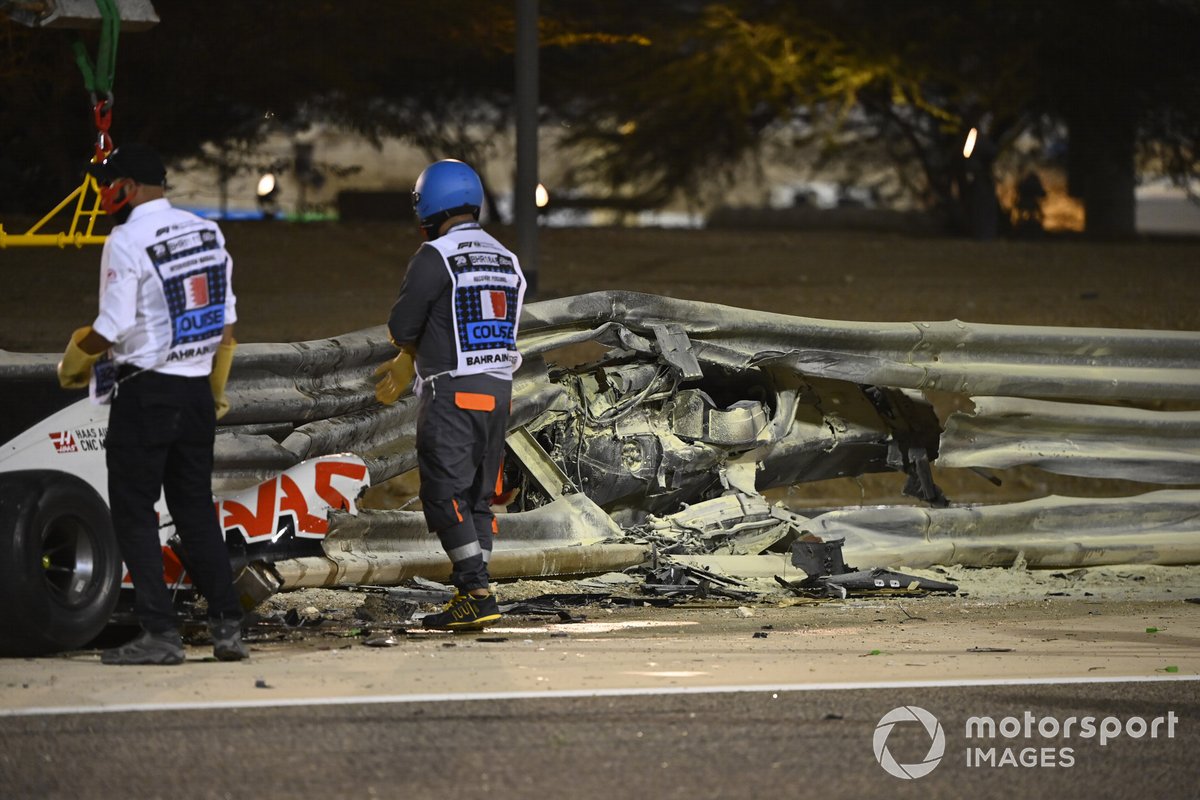 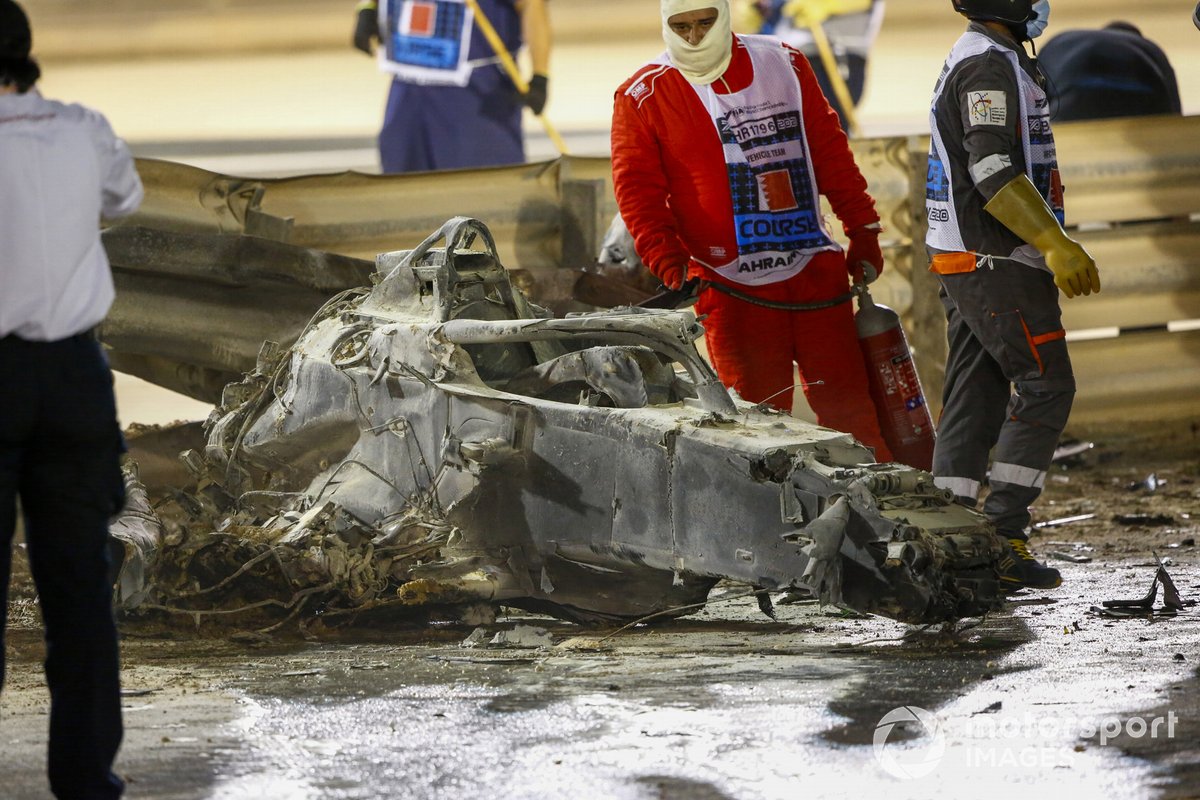 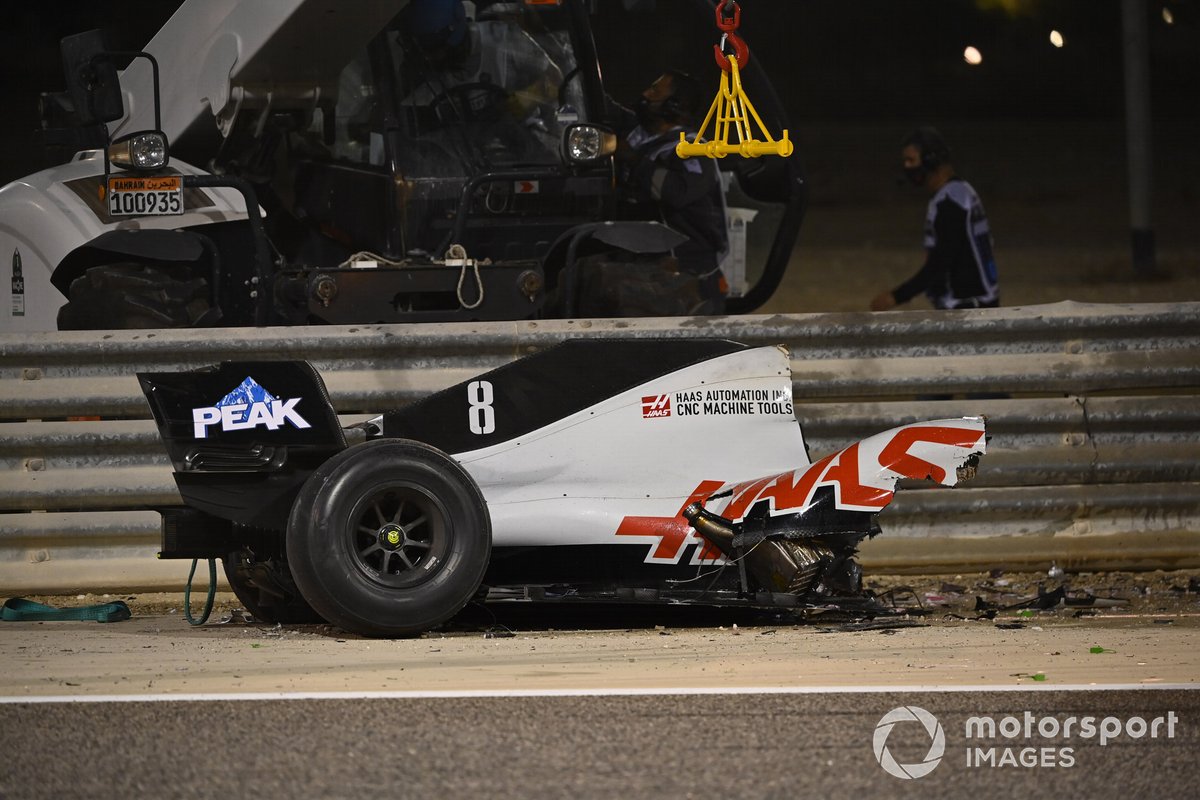 Fire marshals deal with the remains of the car of Romain Grosjean, Haas VF-20, in the Armco after a huge first lap crash 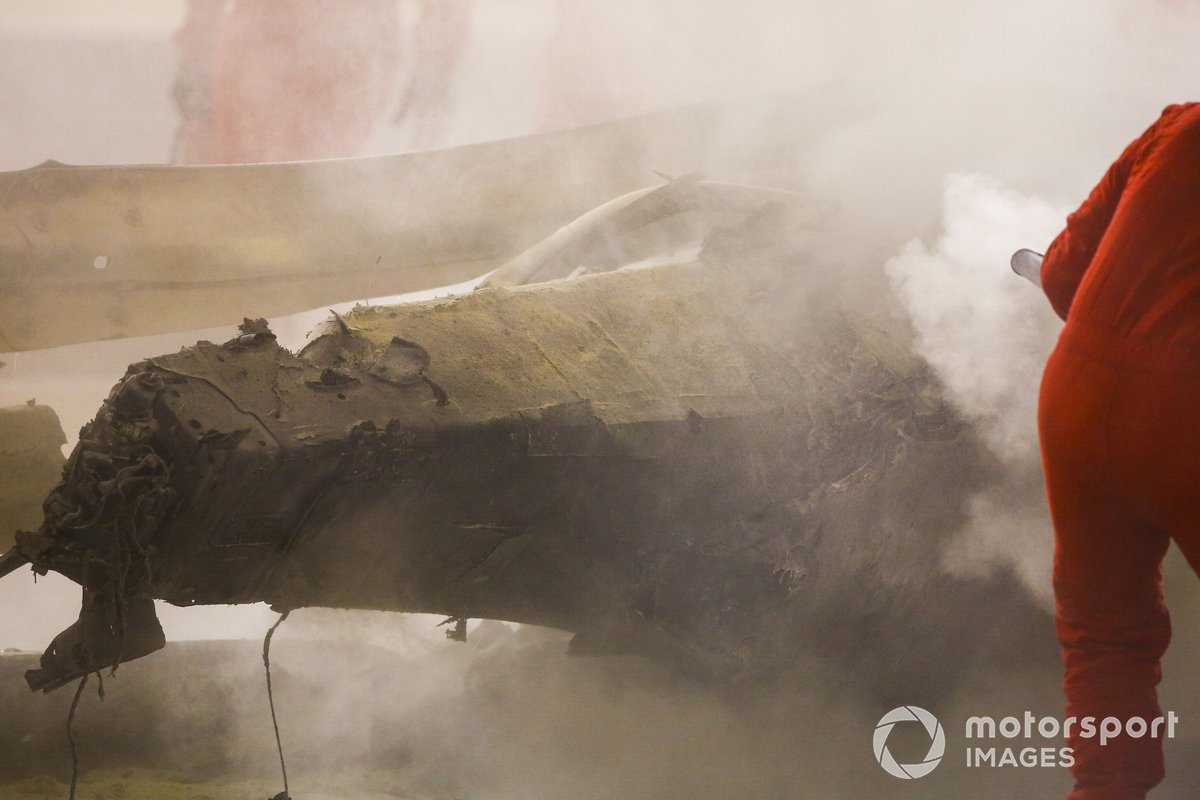 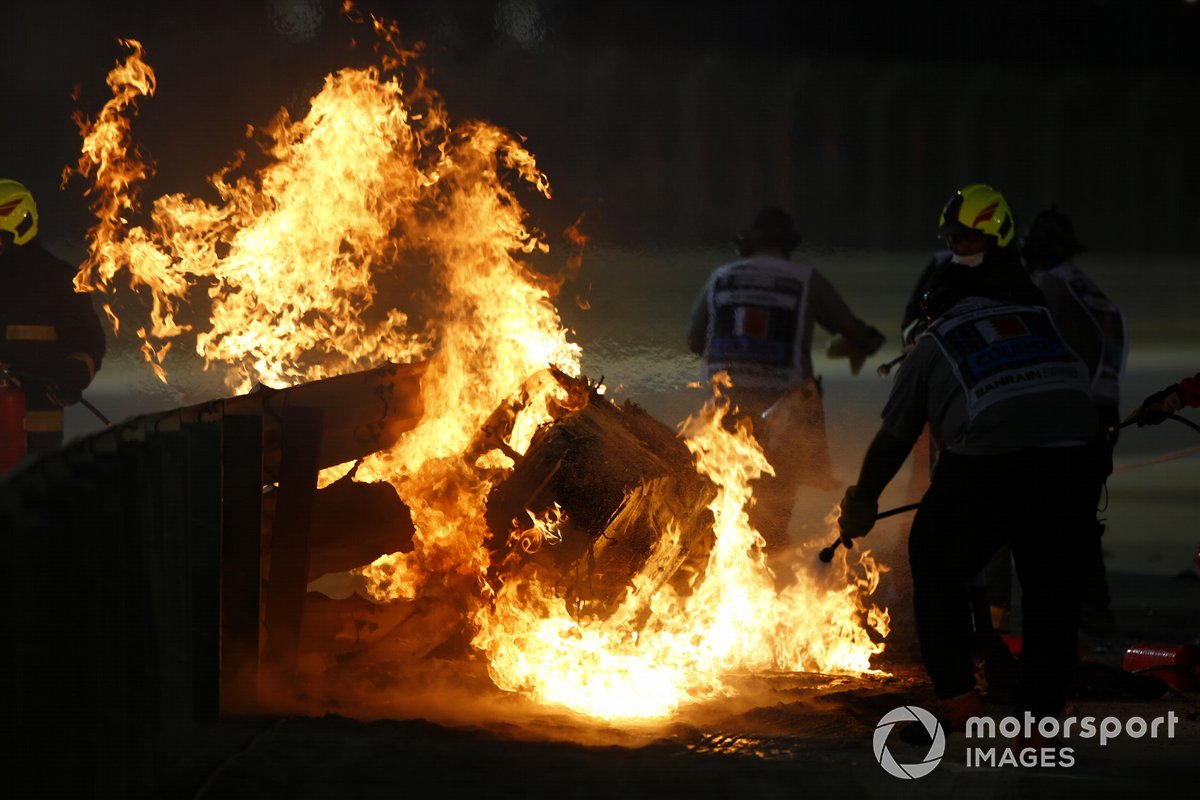 Grosjean crashed heavily exiting Turn 4 on the opening lap of Sunday's Bahrain Grand Prix, hitting the barrier with such force that his car was torn in half, with the monocoque and survival cell becoming lodged within the barrier.

Grosjean was able to clamber out of the wreckage despite a large fire starting almost immediately, and was taken quickly to the medical car. The race was immediately red-flagged, and is subject to a long delay while the barriers are repaired.

The Haas F1 driver was then transferred into an ambulance after sustaining burns to his hands and ankles, and is now being taken to hospital for suspected broken ribs, according to the team.

Haas F1 team principal Steiner gave thanks to the medical staff who were quick to arrive at the scene and tend to the wreckage, using fire extinguishers to put out some of the fire while Grosjean escaped.

"He's shaken and is going through all the checks that you need to do after an impact like this," Steiner said.

"He's conscious, he's fine, but I didn't have any direct contact with him, just with the people there. He seems to be OK.

"I want to thank the rescue crews who were there very quick. I didn't see who it was yet, but the marshals and the FIA people, they did a great job. It was scary, it is scary what happened."

"When you see what is going on out there, if you see the barrier, where it is torn down, it is unbelievable," Steiner said.

"I think we were lucky by being unlucky. I prefer that luck to any racing luck. He seems to doing good. Hopefully there is nothing coming, but he got away with it I think."

Seven-time world champion Lewis Hamilton wrote on social media that he was thankful Grosjean was "safe" following the accident.

"The risk we take is no joke for those of our out there that forget that we put our life on the line for this sport and for what we love to do," Hamilton said.

"This is a reminder to us all. Thankful to the FIA for the massive strides we've taken for Romain to walk away from that safely."