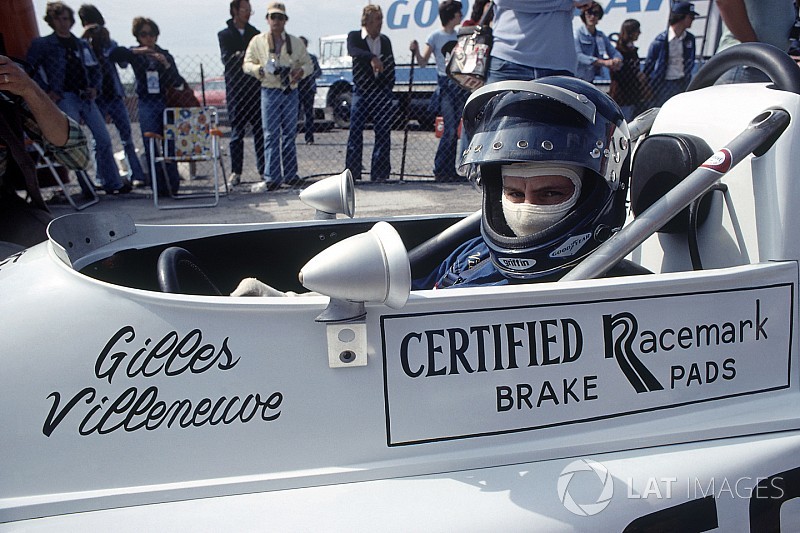 Every aspiring race car driver must follow a driving course, a high-speed driving training programme course should we say, to obtain a racing licence. Gilles Villeneuve, the great Ferrari driver, was no exception.

The goal of a driving course is to ensure that before he - or she - takes his - her - first race start, the wannabe racer has sufficient car control, knows the meaning of all the flags and is fully aware of all the procedures employed in motorsport.

The course usually consists of a lecture on laws of physics that are applied to a racing car, the flags and the sporting rules and regulations.

Then, the action begins with a certain number of laps around the track that are executed at a relatively slow speed. Once the student feels comfortable, the instructors who sits beside him raises the bar and has him run at higher speeds.

We met the person who gave Villeneuve his maiden racing course that was essential for him to start racing a Formula Ford open wheeler.

Villeneuve was already one of the stars in snowmobile racing when he decided to graduate to car racing. He took a course at the spring of 1973 on the small road course of Autodrome St. Eustache near Montréal. His instructor was Marc Cantin, with whom I worked with for several years. Cantin is a former motorcycle and car racer who works today as the sports commentator for NASCAR races on TV in Québec.

From snowmobiles to cars

“I had not heard of Gilles Villeneuve until I got a phone call from Roger Peart [today President of ASN Canada FIA) who back then was the chief instructor of the Fédération Auto-Québec,” Cantin recalled.

“Villeneuve [who was already aged 23 at the time] had just bought a Formula Ford single seater. It was a Magnum MKIII, a car designed and built by a talented machinist, Jean-Pierre St-Jacques. Villeneuve wanted to start racing cars and decided to contest the Québec Formula Ford championship sponsored by Bulova. He needed a racing licence; therefore he had to take a course. The season was about to begin and Peart asked me to give him a private course.”

Cantin continues his story: “So, I arrived at the Autodrome one Saturday morning of April 1973. I saw a little guy waiting for me in a souped-up V6 Ford Capri shod on brand new Dunlop SP36 tires. This was the first time I met Gilles Villeneuve.”

After a brief visit to the classroom, Cantin took the wheel of the Capri with Villeneuve sitting beside him and drove around the road course, explaining the racing lines, the braking zones and the apexes.

“Then, Villeneuve took over the wheel and all heavens broke loose! The Capri was tortured, going sideways in every corner with the V6 engine revving madly! It was mighty impressive! Gilles was used to throw his racing snowmobile sideways at more than 160 km/h on an ice rink with no visibility whatsoever. He learned to drive this way, without using his brakes and going sideways all the time,” Cantin smiled.

“I quickly realised that Villeneuve was unbelievably talented. However, I had to convince him that he needed to slow down before entering a corner. He was amazingly impressive, but in fact his lap times were a bit slow. I gave him some advice, and he simply replied ‘Yes sir, ok sir’. And off we went for another series of 10 laps. In the afternoon, I asked him to run the track in the other direction, to make every corner totally different. He was a lot smoother and his lap times were fast and constant.”

Villeneuve already had a plan

At the end of the day, Villeneuve had immensely progressed, and Cantin, who had been stunned by the natural abilities of the aspiring racer, approved his racing license. The pair left the track and stopped at the local small restaurant for a snack.

During lunch, Villeneuve quietly exposed his plan to Cantin.

“Villeneuve was extremely serious and sincere. He told me ‘I should be able to dominate the Formula Ford series this year. I tried the car, and it’s not fast and it’s very basic, mechanically. I have nothing to be worried about. Then, I want to move up to Formula Atlantics next year. I saw these cars in action and they look to be a bit more difficult to drive. I plan to win at least one race during my first season in Atlantics. I expect be able to win the title in my second year. However, I don’t know what to do after that. What do you think of the Formula 2 series in Europe?’ That was Gilles, honest and straightforward. After two of three hours of high-speed driving, he had already planned his career! I must admit he was not so wrong about it. He also told the officials of the Fédération that he would certainly reach the pinnacle of motorsport: Formula 1. The little guy was right, again,” Cantin recalled.