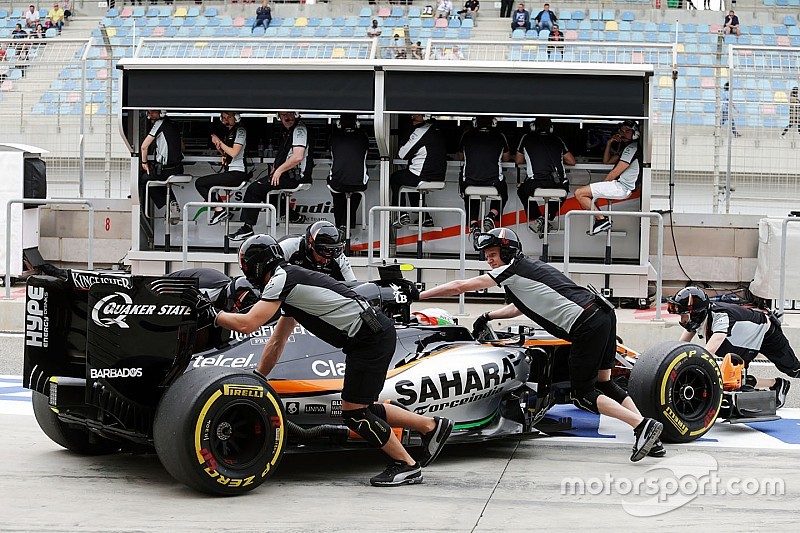 Force India's Robert Fernley has shrugged off the financial troubles facing co-owner Vijay Mallya, insisting the team can stand on its own feet.

Mallya, who co-owns 42.5 percent of the team, is been chased by various banks in India over the debt on his now-defunct Kingfisher Airlines.

Doubts have been raised surrounding the financial stability of the team but Fernley played down the issues.

"Vijay’s issues are well publicised but, like all things, I think there’s been a bit of media over-reaction, especially from India on all of that," he said in Bahrain on Friday.

"It’s something, just to give you an idea of India itself, I’ve been in and out of India for well over 30 years and the only thing I’ve learned in 30 years is how little I know about India, so I think you’ve just got to let that flow and for Vijay to deal with it.

Fernley elaborated that he believes the Silverstone-based team is in the best position it has ever been since its debut in 2008.

"I think [today] we are realising some of the best returns the team has ever had from the payments side of things, even though we complain about the disparity – which is a separate issue.

"And we also have a very good commercial team. And I think the commercial team is allowing Force India pretty well now to stand on its own feet and, whilst the shareholders are always there to help us – and Vijay’s been the main person in doing that over the last nine years," he continued.

"It’s not a short term, nine years, to be keeping a Formula One team going. I don’t think there’s any concerns for Force India."

The banks, however, are yet to respond or agree to Mallya's proposal.

Bite-size tech: Under the skin of the Mercedes W07