Five things to look out for in the Australian GP

Motorsport.com’s Global Editor-in-Chief Charles Bradley gives his views as the 2020 Formula 1 World Championship gets set to kick off in Melbourne, Australia this weekend.

1: Will coronavirus fears disrupt the event? 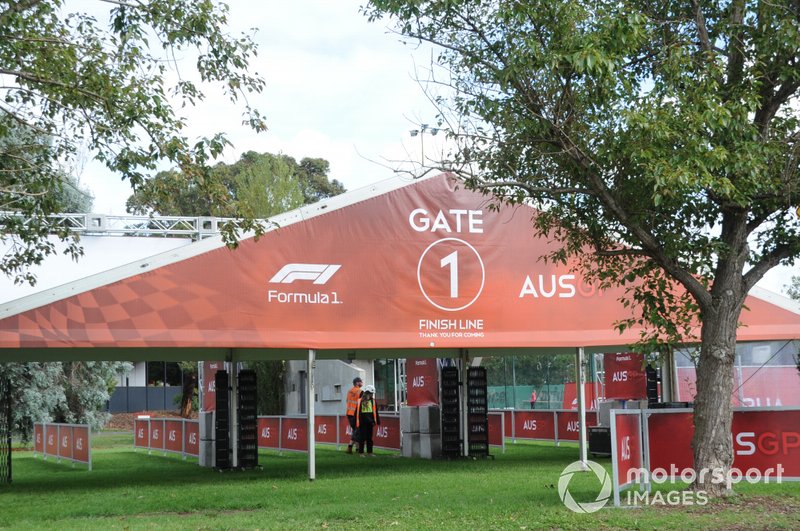 One story is dominating the headlines around the world, as the planet faces up to a potential pandemic. The spread of coronavirus – or Covid-19 – hasn’t really impacted on Australia as much as many other countries but you can imagine some of the locals having fears, especially with so many confirmed cases in Italy (Ferrari, Pirelli, AlphaTauri) and Japan (Honda). But Tuesday’s news that a man diagnosed with the virus had attended a function at Albert Park Hotel on Saturday was a little close to home…

With the Chinese Grand Prix already postponed, and Bahrain happening behind closed doors, there’s a clear threat to F1’s world championship playing out as planned. Many sports have already been struck with wholesale event cancellations, and F1’s ‘travelling circus’ element is ripe for a virus such as this playing havoc if cases are diagnosed following a race.

How will the stars of the F1 show interact with their fans? Will we see an “arm’s length” approach from teams across the board? How will the lockdown impact the Italian teams in the long term? And what if something similar happens in the UK’s ‘Motorsport Valley’? Can the European season be expected to happen, or will F1 be forced to chase places where travel isn’t restricted?

2: Does Mercedes really have an Achilles’ heel? 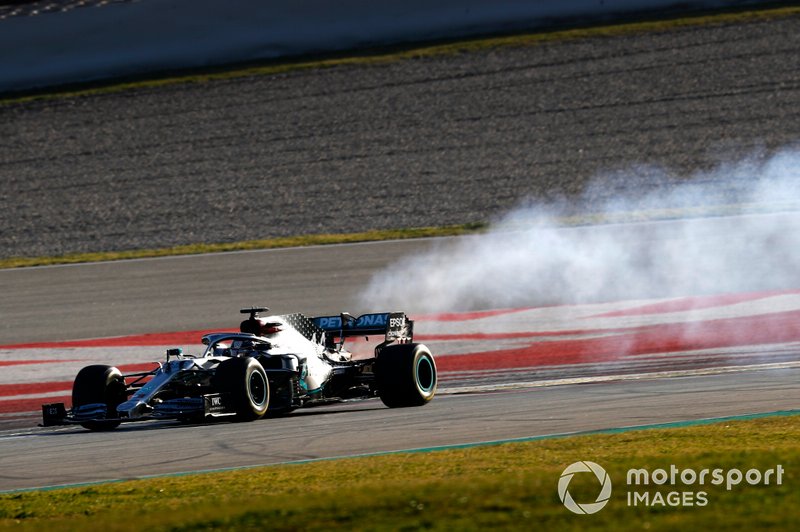 It was little surprise that Mercedes won the winter testing war, but a couple of power unit-related failures certainly raised the eyebrows. Any frailty in Merc’s armour in previous seasons of the hybrid-turbo era have been very much high temperature/cooling related. But that wasn’t an issue in Barcelona, so the sight of blue smoke was most unwelcome.

Williams also suffered multiple issues with its customer Mercedes engines, and while we can expect some quick reactions to ensure no repeats, the double-header flyaway nature of the opening races does add some extra pressure.

As Lewis Hamilton admitted: “It's just not quite where we want it to be reliability-wise. But I am sure they are back at the factory now working hard to rectify whatever the issue is.”

Not dissimilar to the coronavirus, it will be intriguing to see what containment measures Mercedes puts in place to nip this problem in the bud.

3: Is Red Bull-Honda ready for a title tilt? 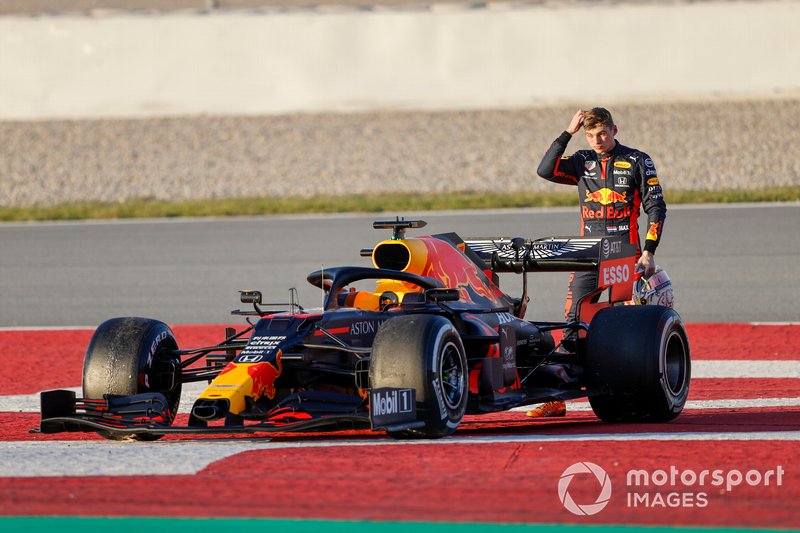 There were times in F1 2019 when Max Verstappen, Red Bull and Honda seemed on the verge of a huge breakthrough at the front of the field in terms of raw pace. Despite three wins and three poles (one of which was taken away) it just wasn’t quite there – although Verstappen worked wonders to beat both Ferrari drivers in the points.

This year, with Ferrari appearing to struggle in testing, the door is open for Red Bull to take a big run at toppling Mercedes. Now settled on Alexander Albon in the second seat, there’s fewer excuses for not making a cohesive championship assault.

Testing went well, with Verstappen best of the rest behind Valtteri Bottas’s times, and that was without using the softest tyre compound available.

“We had good preparation,” said Verstappen. “I think that’s very good from our side, and I hope it’s enough to be competitive in Melbourne.

“We tried basically everything we wanted to try over all the days together, so I’m very pleased with that. It all seemed to be working quite well. We were not running the softest compound, but still I think the balance of the car was good.”

However, the RB16's handling still seemed to be quite edgy, with both drivers suffering numerous spins. Honda does claim to have fixed its start deficiency, which can be traced to its aggressive throttle maps, but can it rival Mercedes and Ferrari in the horsepower stakes too? 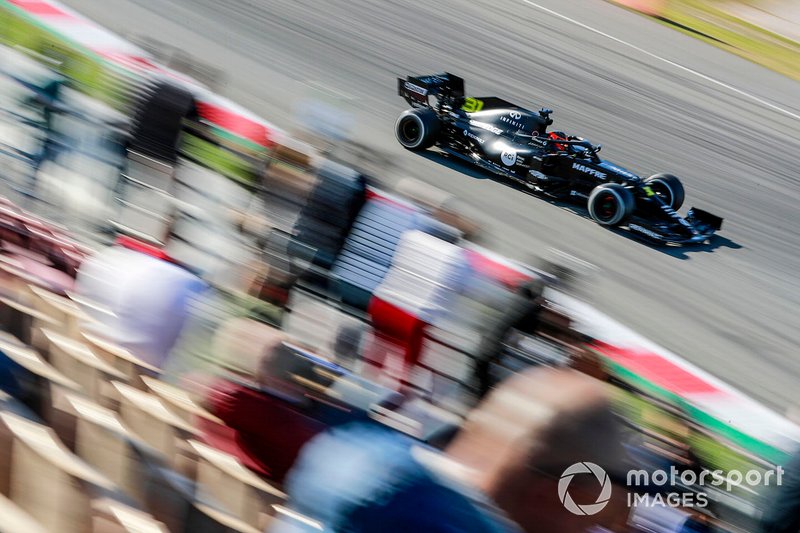 This mantle is likely to change from race to race, but there are three obvious contenders for the top team beyond Mercedes, Ferrari and Red Bull.

Renault again starts the season with the most to prove, not least to justify its full-manufacturer team status. Esteban Ocon joins Daniel Ricciardo, a move which lessens its scope for excuses even further.

Although it’s madness to read too much into the Barcelona test order, both Ricciardo and Ocon were at the right end of the timesheets, and the RS20 looks a lot more purposeful than what’s gone before.

McLaren has this position to defend in 2020, and both Carlos Sainz and Lando Norris enjoyed a drama-free winter. It appears to have a more stable platform for the coming season, and it knows which direction it's heading in, but there wasn’t much positivity in terms of catching up with those ahead.

Racing Point is perhaps the most intriguing prospect in the midfield, having taken a cheeky ‘2019 Mercedes copy’ approach. When Sergio Perez says he’s got “the most solid package I've had in my career to start the season” you’ve got to sit up and take notice!

Beyond that trio, both the ‘Alph-Alfas’– namely AlphaTauri and Alfa Romeo – looked promising. Expect a packed midfield fight again, with Haas also in big need of improvement after a dismal 2019.

5: Who will be bringing up the rear? 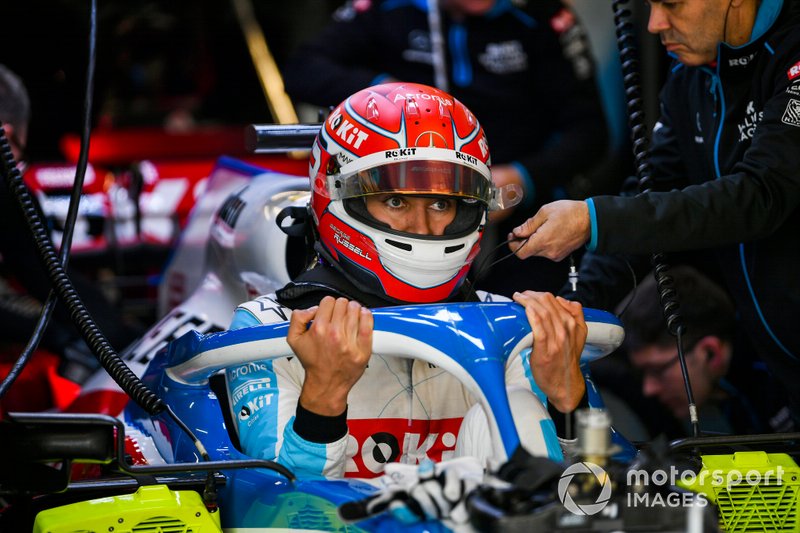 It’s got to be Williams again, hasn’t it? While it is streets ahead of where it started last season, this sleeping giant is unlikely to rise from its slumbers. In George Russell the squad knows it has a gem who is getting every last ounce of pace from the car, and in newcomer Nicholas Latifi it has a handy number two, both in terms of talent and revenue stream.

“No doubt we're in a better position,” admitted Russell when asked if Williams had a reaslitic hope of moving off the back of the grid. “I think realistically, we are still the slowest car. We're not going to get carried away with ourselves, but we've definitely reduced the gap.”

And, right now, that’s all that can be asked of this team.