Ferrari struggles not just down to engine - Brawn 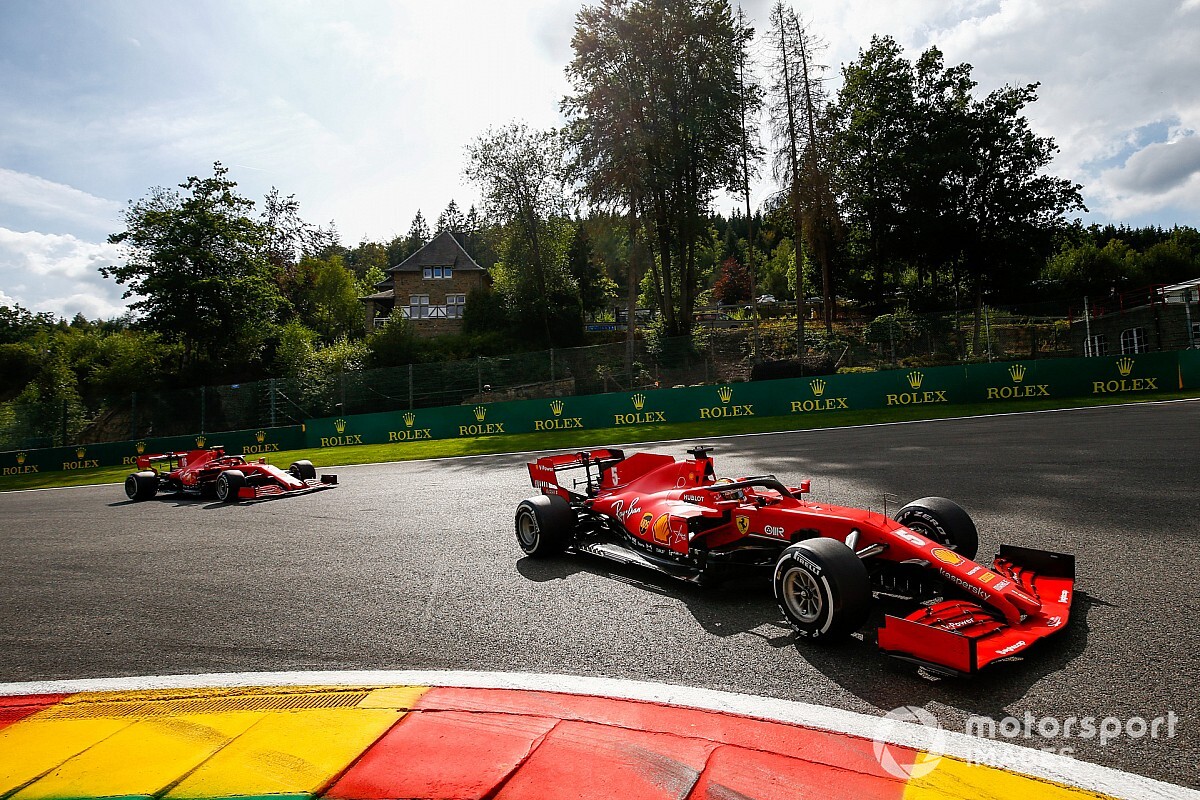 Formula 1 boss Ross Brawn believes that Ferrari's dramatic slump in form at Spa was not just down to engine performance – and he says tyres also played a role.

The red cars qualified in 13th and 14th places for the Belgian GP, and finished in the same positions, albeit with Sebastian Vettel moving ahead of teammate Charles Leclerc.

In recent weeks there has been a focus on Ferrari's power unit performance and the degree to which the Maranello outfit has been reined in since last year, following a series of regulatory clarifications.

Customer teams Alfa Romeo and Haas have also slipped to the back of the grid, having lost straightline speed.

However, former Ferrari technical director Brawn stressed that the Italian team also failed to get its tyres in the right operating window in the cool conditions seen at the Belgian GP, and that added to the team's struggles.

However, Brawn believes that Ferrari can find respectable pace once more if it can resolve the tyre issues.

"I've been in a situation like Ferrari have found themselves in at Spa, where you don't get tyres to work, the temperature doesn't come and the drop off in performance is dramatic," Brawn said in his post-race column.

"Regardless of what people say about the deficit they may have with the engine following the technical clarifications, you don't lose 1.3s per lap from one year to next in that metric alone.

"They just couldn't get the tyres in the zone. The fact it was colder at Spa would not have helped either.

"When that happens, the performance drops off and looks horrific. If they can make that step and get the tyres working properly again, I think the performance will snap back in. They still won't look race-winning, but it will become more respectable."

Brawn also sympathised with future Ferrari driver Carlos Sainz, whose weekend at Spa was ruined when an exhaust issue meant that his McLaren couldn't start the race.

"Carlos Sainz hasn't had a lot of luck in Belgium of late and he drew the short straw once more as a power unit problem led to an exhaust failure that prevented him from taking the start.

"This has been a tough year for him, but he's a pretty positive guy. He's a very strong character, his career has been no easy ride after all. I've always rated him, I think he's a great driver and he'll manage this situation.

"But what looked like a dream move to Ferrari next year isn't looking too good right now and inevitably, he must be nervous about his prospects next season."

On a more positive note Brawn praised a "striking" performance by the Renault team, with Daniel Ricciardo and Esteban Ocon taking fourth and fifth.

"This was a great result for Renault," said Brawn. "Daniel Ricciardo was particularly impressive, the Australian having brilliant pace from Friday practice through qualifying and into the race.

"His speed at the end of the Grand Prix was stunning, as he took fastest lap, and that will do wonders for his confidence and that of the team.

"The conundrum the team are facing is the inconsistency of their performance. The car looked very competitive this weekend, and yet, in the last race in Barcelona, it wasn't very good. That's their challenge.

"They need consistency if they are going to truly complete. That's the next step they have to make. But take nothing away from them this weekend, this was a very striking performance."