Ferrari says sorting out plans for Formula 1's engine regulations from 2026 is a bigger priority right now than worrying about an engine freeze to help Red Bull. 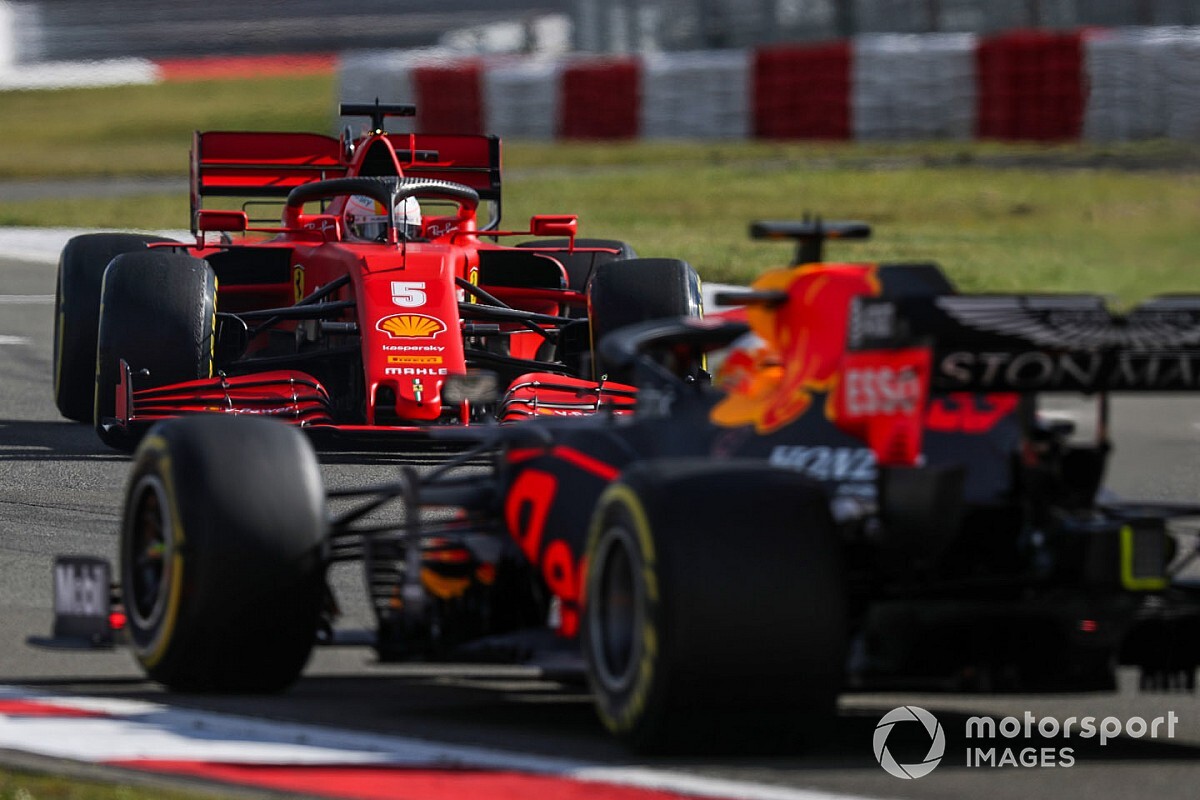 With Red Bull pushing hard for F1's engines to be frozen from 2022 so it can take over the Honda project, the other manufacturers will need to support the plan for it to happen.

But while Mercedes has already indicated it would welcome the move, Ferrari's current deficit with its power unit would make it less likely to back the idea.

The issue of future engine rules is to be discussed during a video call of the Formula 1 Commission on Monday, but Ferrari team principal Mattia Binotto does not think the freeze is the key issue.

Instead, he wants more focus put on what happens with the next generation of power units, and whether or not the change happens before 2026.

"It is true that the engine [freeze] matter is one of the points of a big meeting, so I'm not sure we'll discuss it really at length," said Binotto.

"But I think before starting discussing the freezing, more important is to start discussing 2026. What's the new technical format for the new power unit in the future? Where costs will be addressed? And where technology needs to be addressed?

"So I see that as a first priority, and so freezing is only a second priority to the discussion."

Red Bull boss Christian Horner, who is clear that taking over the Honda engines is his team's preferred option for 2022, has welcomed Mercedes boss Toto Wolff's backing for the idea.

However, he thinks the issue is ultimately for F1 chiefs themselves, as it will have such a big impact on the sport.

"It's not often that Toto's in agreement with Red Bull," said Horner. "Obviously it's not an illogical thing for him, as they have the best engine currently in Formula 1.

"So why wouldn't you freeze it? Obviously, I think there's a bigger picture for F1. And obviously they need to take the necessary steps to protect and safeguard the sport in that respect with the power unit.

"I think Toto would do anything not to have to supply us an engine I'm very grateful for his full undivided support."