At Silverstone and Monza, the two venues that have hosted sprint qualifying races so far this year, Friday practice is reduced to just 60 minutes of running instead of the usual 120.

The day also features a qualifying session that determines the grid for the sprint race on Saturday.

The format has meant the sole Friday practice session is more important and intense for F1 teams, something that has been welcome by several drivers.

"I quite like this format for the Friday," said Leclerc. "I think for the Friday it's definitely something positive. I am a bit bored on the normal Friday, because FP1, FP2 nothing to win, nothing to lose.

"You do a bit more laps, it's always good, but you've got so much other chances to recover what you have lost in FP1 for example.

"Now FP1 is a natural session that really is worth pushing and finding the limits in. And I think it's also good for us drivers to just go on a track and push straight away.

"It's more interesting also for the show. So I quite like the Friday format like this personally."

Ferrari teammate Sainz agrees that Fridays have become more exciting thanks to the reduced running.

"I think Friday is clearly improved for everyone, it's progress," he said. "I think FP1 is exciting, because you know you cannot put a foot wrong and you need to learn.

"Also for the teams with the amount of simulation tools there are nowadays it forces the teams, you know, to be modern, to be up to date, and to be on top of the simulations to try and put together a good car on Friday already." 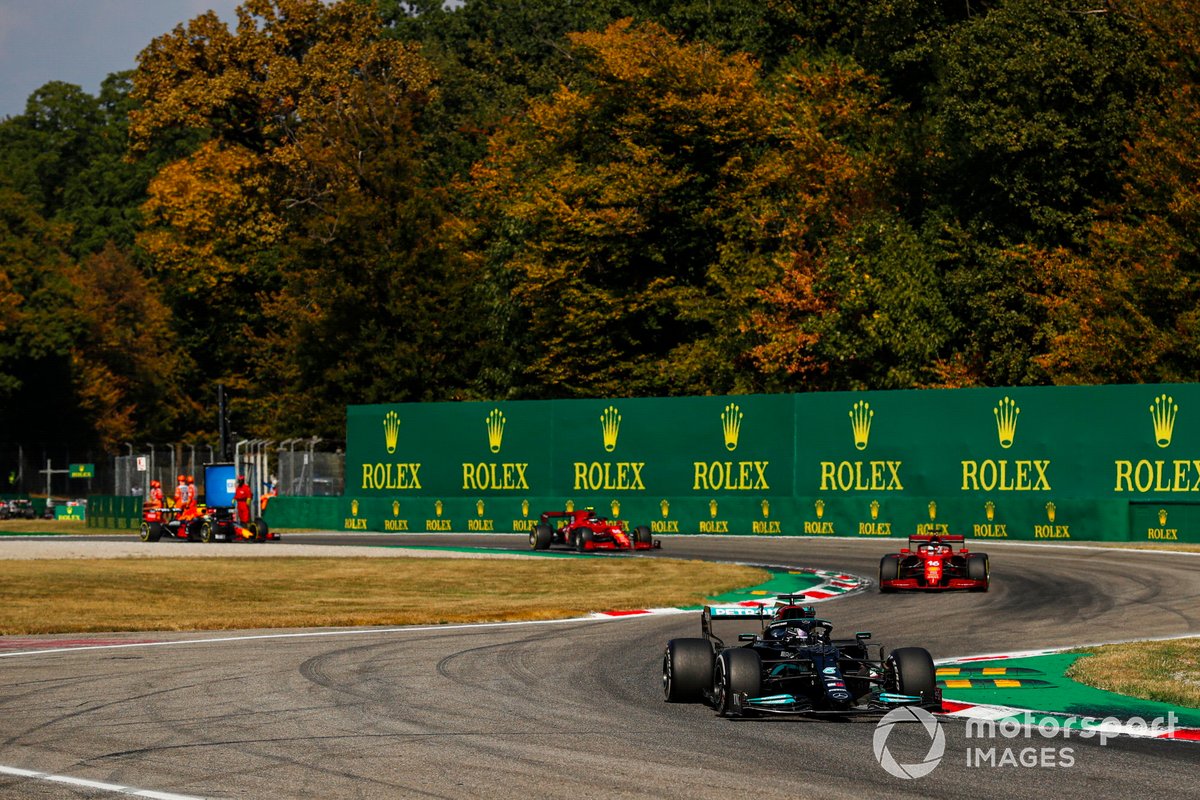 Both Leclerc and Sainz agree, however, that the sprint qualifying race format needs improving in order to be more interesting for fans and drivers after not enjoying the Monza event as much as the Silverstone one.

"I didn't enjoy it as much here in Monza," Leclerc said. "And I feel there's maybe a room to just try something different for the sprint qualifying.

"There's been already quite a lot of ideas. And I think we are more or less all on the same line to just try and do something different for the sprint qualifying."

Sainz added: "I agree with Charles, that we need to find a way to make Saturday a bit more exciting, because at the moment, I don't think it's giving much of an excitement compared to Saturday qualifying.

Ferrari team boss Mattia Binotto suggested over the Italian GP weekend that he would welcome reverse grid races as an experiment but insisted he remains open-minded to other ideas.

"I think that the new format is still a positive experiment, if you look it in the view of the entire weekend, obviously not looking at the single day, but as overall in terms of weekend, having already some action on Friday I think it's positive," Binotto said.

"So overall, I think we should judge it positively. Now, how can we improve it? Obviously, there are some ideas as the reverse grid.

"If not that one, I am pretty sure that there will be other discussions or ideas come up through the F1 commission with F1, FIA and all the other team principals. So I'm fully open minded.

"I think what we need is to honestly consider that as an overall positive experiment so far, that still need or can be improved. And let's see what can be the better ideas compared to the one I suggested."