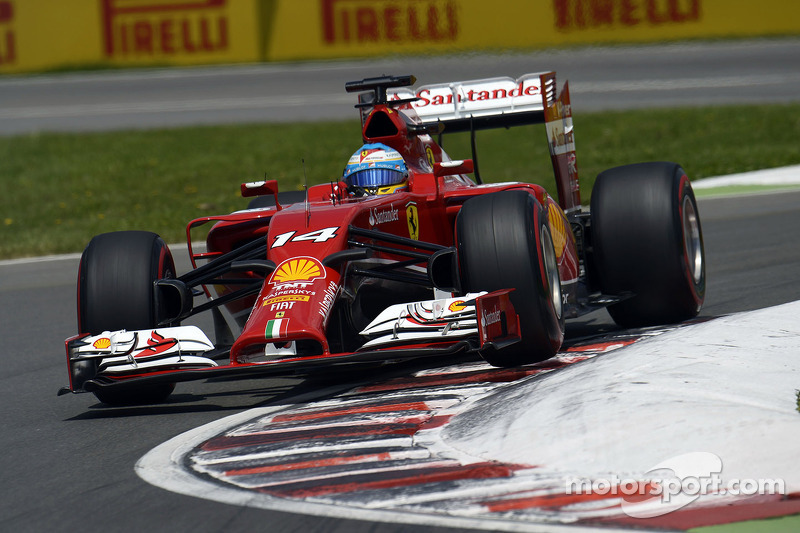 More attention now to be shifted towards the 2015 project.

Having faltered at the very start of the new era of turbo V6 engines, the fabled Italian team is now a distant third in the championship, between dominant Mercedes and chasing champions Red Bull.

Maranello unveiled a car so modified for Canada last weekend that many dubbed it a 'B' version, but the F14-T still struggled at the Circuit Gilles Villeneuve.

Montreal, then, might be seen as having been Ferrari's last roll of the dice for the 2014 title, with more attention now to be shifted towards the 2015 project.

President Montezemolo does not deny it.

"I don't think we can work miracles in the short term," he is quoted as saying by Italy's Tuttosport, "but we are working hard for the future knowing that what was done this year was not done well enough.

"We are in a difficult moment," Montezemolo admitted, "but there is little to talk about and much to do."

However, on a visit to Florence on Wednesday, Ferrari's flamboyant 66-year-old president said Maranello is not about to stop working hard on the 2014 car.

"We must absolutely improve a lot this year," he is quoted by La Repubblica, "pursuing this plan with determination."

At the same time, Montezemolo said new team boss Marco Mattiacci is also looking ahead at "a very big challenge for next year, in so many areas, because there really is a lot to do".

"In particular," he added, "we must work on having a much more integrated car and engine next year."

No Mercedes seat for Alonso 'in short term' - Wolff

Even 2014 title may not be beyond Ricciardo