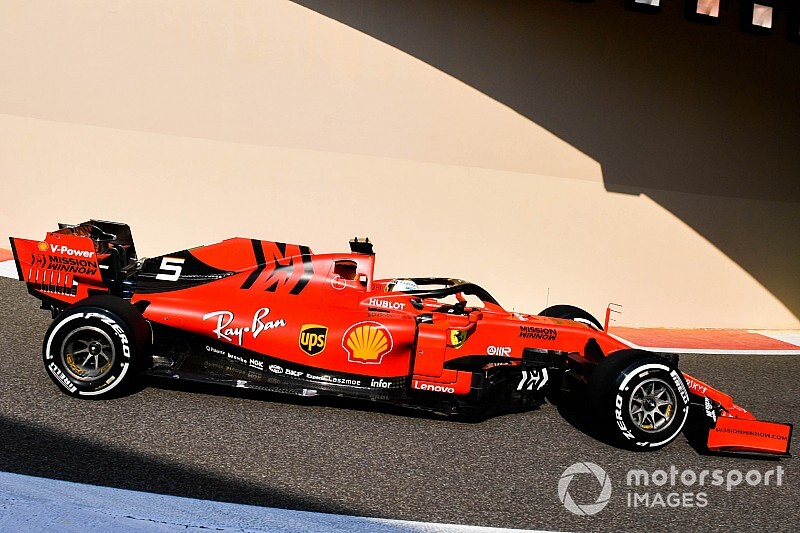 Ferrari is adamant it proved its Formula 1 engine was fully legal during the 2019 season because any breach would have been discovered at "the very first check".

The Italian team came under severe scrutiny after a sudden surge in qualifying form after the summer break that triggered a run of six straight pole positions and a straightline speed advantage at certain tracks that concerned its rivals.

Ferrari never denied it had a power advantage and argued that plus its lower-drag aerodynamic concept was giving it a top-speed edge, but rivals queried the matter extensively and eventually the FIA issued multiple technical directives around exploiting fuel flow rules and the burning of oil for performance gains.

The most relevant TDs came into effect before the United States and Brazilian Grands Prix and coincided with Ferrari's qualifying form immediately slipping, which left rivals convinced the tightened-up rules were responsible for while Ferrari insisted nothing had changed with its engine and claimed its performance shift was a result of circuit characteristics and a change in set-up approach.

Speaking at a media lunch that included Motorsport.com, Ferrari team principal Mattia Binotto said: "If I look at the whole season, we have been one of the most checked teams, that was before or after the technical directives.

"And when you got a performance advantage, and certainly we got it during the whole season, we have been the most checked.

"Being checked I think it's normal, it is somehow good because through the checks you are proving your legality.

"After the technical directives, the number of checks on our cars have multiplied. The reviews have been shown to FIA the details have been discussed.

"So whatever could have been done through collaboration with FIA has been done. We have never changed our way of operating the engine for the last part of the season, showing that somehow our power unit has full legality.

"Otherwise had that not been the case, if there would have been any non-legality, it would have come out at the very first check."

Binotto supported the application of technical directives from the FIA, which he said are important given the "very complex" V6 turbo-hybrid engine rules.

He said he was "very happy" that Ferrari had been able to overcome Mercedes' initial power advantage in this engine era and reiterated that its progress meant an increase in legality checks was to be expected.

"We were thoroughly checked before and after," he added. "After all we are somehow very proud about our performance on this, that we've got an advantage on our power unit."

Ferrari's CEO Louis Camilleri, who has been frustrated by the accusations levelled at his team, said the advantage at some circuits was achievable through legal means.

Camilleri added: "Ferrari is a public company. It's known worldwide. Integrity and compliance is key. I think people need to factor that in when they try to look at these allegations."

Binotto also addressed the fuel error in the season-ending Abu Dhabi Grand Prix that left Ferrari with a €50,000 fine but no sporting penalty.

The pre-race fuel declaration in Charles Leclerc's car did not match the amount the FIA found when it conducted checks prior to the start of the race.

Ferrari's rivals felt the breach warranted a firm sporting punishment but the team was fined instead, and while that was accepted at the time Binotto said there was still no answer why the check did not match – as Ferrari insists it was correct on its side.

"There have been plenty of measurements, which were all coherent," he said.

"Only one measurement was not matching, of which we were not aware, which we have not seen and which we have been informed about by scrolling through the document issued at the end of the race.

"At that point, you cannot verify anymore because the fuel was consumed. On that Sunday all data was coherent except one [point] but there was not even way to come back on what happened.

"No one can explain what happened on that measurement."