Charles Leclerc will make his debut as an official Ferrari Formula 1 driver in next week’s Abu Dhabi test and believes it will be a “special” and “emotional” experience.

Leclerc has tested on numerous occasions for Ferrari before, including a tyre test at Paul Ricard in September, but this will be his first run in an official group test with the Scuderia since being confirmed as Kimi Raikkonen’s replacement.

“It’s going to be pretty special to go for the first time as a race driver in an official test in a Ferrari,” said Leclerc. “It will be quite emotional.

“It’s two different teams and I always struggle to compare two cars because they have different balances and are driven differently. I’m definitely looking forward to trying it.”

Leclerc will be swapping places at the test with outgoing Ferrari driver Raikkonen, who will drive for Sauber – as confirmed earlier in the Abu Dhabi weekend.

Several drivers will be getting experience with their new 2019 teams next week.

Daniil Kvyat will make his Toro Rosso comeback and is thought to be partnered by Sean Gelael, not expected 2019 STR driver Alexander Albon. Another F2 driver, Artem Markelov, will test again for Renault, alongside Nico Hulkenberg – Daniel Ricciardo wanted to drive for his 2019 team but his current employer Red Bull has rejected that move.

Lance Stroll is expected to drive for Racing Point Force India, which he will join from Williams, but that has not been confirmed. 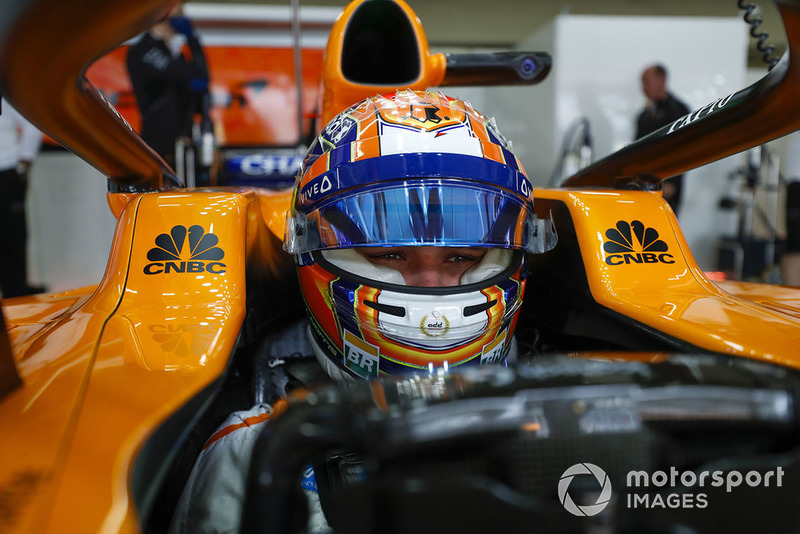