Ferrari will change Charles Leclerc's chassis after it sustained a crack during qualifying for Formula 1's Qatar Grand Prix, as the Monegasque driver faced early elimination in Q2.

Leclerc suffered an unusually poor qualifying display at the Losail International Circuit, getting no further than 13th in Q2 while teammate Carlos Sainz progressed to line up seventh for Sunday's grand prix.

Afterwards Leclerc was at a loss to explain his struggles, saying he was "very confused" when he saw the gap to the top 10 runners and assumed it was "something quite big, because I just cannot explain it."

Leclerc's suspicions were soon confirmed after Ferrari checked his car and discovered a crack in the chassis of his SF21.

"After Leclerc's car was checked, a crack was found in the chassis, probably as a result of going over the kerbs on the first run in Q1. It will now have to be changed," Ferrari said in a statement.

Ferrari is expecting Leclerc will still be able to start the race from his 13th position, adding: "If all the work is done within the time allowed by the sporting regulations, Charles will still start from his qualifying position."

Leclerc last swapped chassis after a crash in FP2 at the Belgian Grand Prix, where he damaged his previous tub in a Les Combes shunt.

Despite starting far back on a circuit where overtaking will be difficult, Leclerc is still hopeful his free choice of tyres will give him some options to move up the order and score points.

"I think anything is possible," Leclerc said. "We will have a free choice of tyres, so hopefully we can take advantage of it." 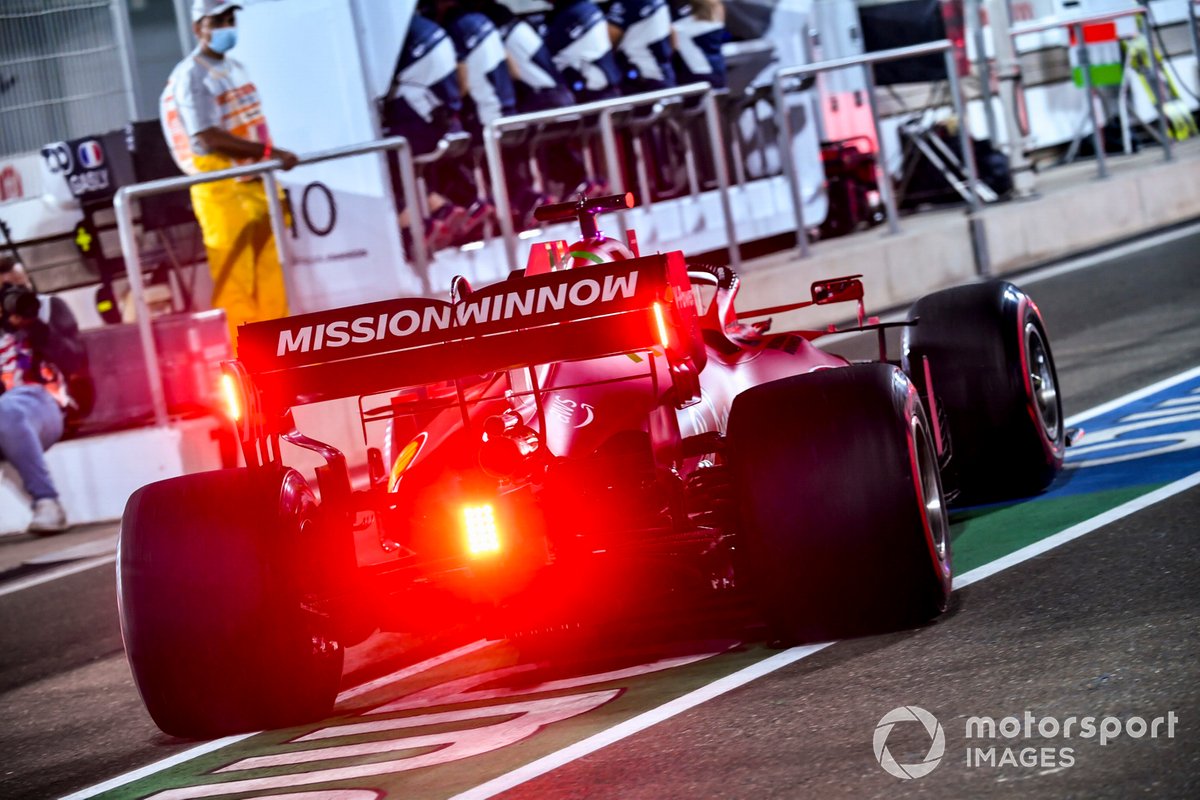 The medium tyre is the preferred compound for the start of the race, but due to its pace disadvantage compared to the softs only Sainz, both Mercedes drivers and Red Bull's Max Verstappen managed to get through Q2 on the slower tyre.

Sainz explained it was crucial for him to get through Q2 on the medium due to "very poor degradation" Ferrari is facing this weekend.

"We saw a lot of front tyre wear on Friday and that's why we were today so committed on the medium," the Spaniard said.

"It nearly cost us a spot in Q3 because the soft was the better tyre. We risked a lot by staying on the medium for the second run, nearly didn't make it, but we did, and then in Q3 I enjoyed a bit more the soft.

"Hopefully the medium gives us a bit of an edge on that, because we definitely struggle a bit."