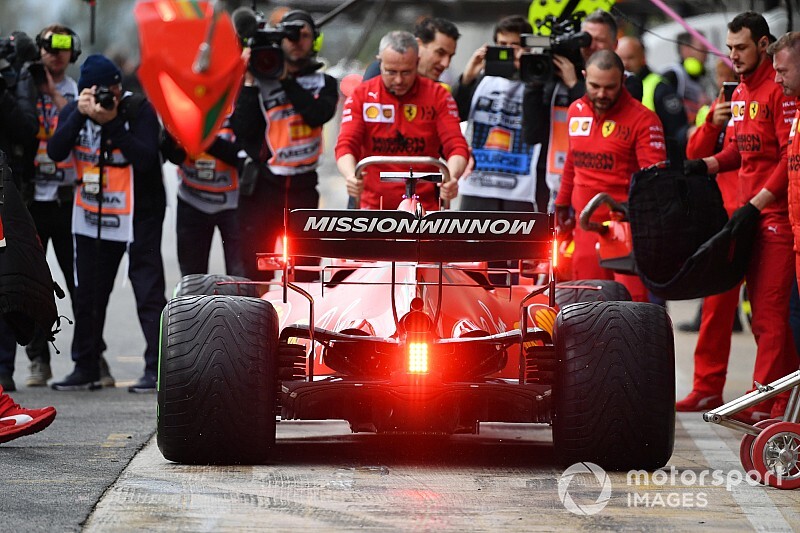 Ferrari says that Formula 1 teams must be given assurances about the risks they may face at the Australian Grand Prix over coronavirus implications before staff start travelling to Melbourne.

Amid growing fears about staff not being allowed to travel, or risking quarantine on arrival, Ferrari team principal Mattia Binotto says F1 and the FIA must ensure there are no surprises for teams.

With Italian team personnel and drivers having trouble getting to this weekend's Bahrain F2 test because of fears over the virus, there is a danger that a similar scenario could await staff travelling to the F1 season opener.

Binotto wants nothing left to chance, and says it will be too late to decide things once personnel are already on their way.

Asked about the potential for a repeat of the troubles that F2 has faced in Bahrain, Binotto said: "[Getting] to testing has been difficult. Some of our engineers going there have remained home so instead of taking the risk to be there and eventually staying there for a few days or many days, they stayed home.

"I think that what we will need is simply to have assurance before leaving. I don't think we can discover when [we are there] what can be or what will be the situation.

"So if there are any medical screenings, we need to know about them. You need to know exactly what's about. We need to understand what are the consequences in case of any problem?

"Obviously we need to protect our employees. We have got collective and individual responsibility towards them. And it's important, really, to make sure that before leaving, the picture, whatever is the scenario, is known and clear."

Team bosses met with F1 CEO Chase Carey on Friday morning for an update on the situation regarding the first three races.

One tough problem for F1 to deal with could be that if one or two teams find that they cannot run in Australia because staff cannot get there, but all the others are fine, whether or not to go ahead with the race.

But Binotto said the implication of such a problem for Italian staff would stretch far beyond Ferrari and AlphaTauri.

"I say it's not only two [teams] because we are supplying assistance to Haas and the Alfa Sauber team," he said. "So it will be four teams at least, plus the Pirelli situation which we need to understand.

"So what will be the situation that if eventually four teams cannot run and if the race will take place or not? That is not my decision."