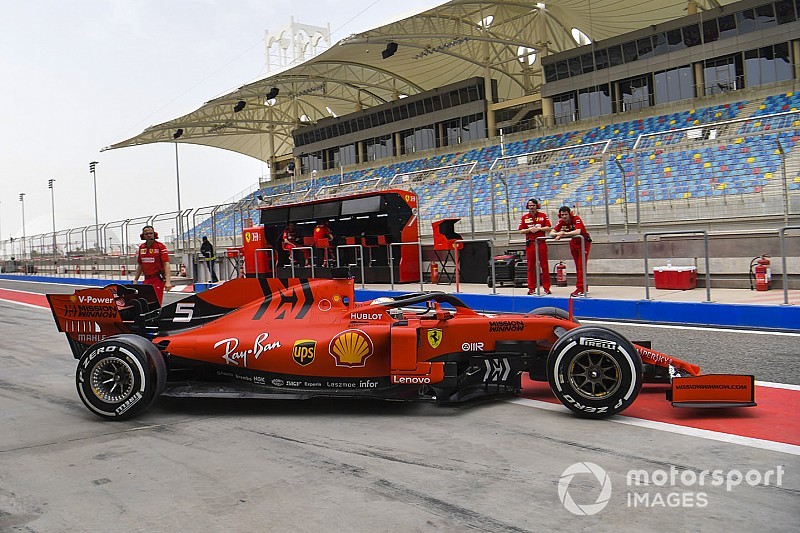 Ferrari says there is a "long" to-do list of topics that still need ticking off with Liberty Media over future Formula 1 rules, but it remains optimistic a deal can be reached.

With the FIA and F1’s owners Liberty pushing to get a framework for the 2021 rules in place by June this year, talks have been ramping up with teams in recent weeks.

A formal presentation of the ideas was made to teams jointly ahead of the Bahrain Grand Prix, with more individual discussions now set to take place.

But although there remain a number of outstanding issues for teams, Ferrari in particular thinks there is cause to feel optimistic that things are moving in the right direction.

Team principal Mattia Binotto said: “There is not much time, but for us it is more important to make sure we’ve got the right agreements and we should not be caught by time.

“We will continue discussing with the FIA and F1. There are many points we need to still discuss: governance, revenues, financial regulations, technical regulations, standardisation. The list is pretty long.

“But it’s not because the list is long that the compromises are so distant as well. I’m positive on the level of discussion and collaboration we’ve got. That’s why I’m optimistic we’ll find the right balance.”

One possibility that emerged from the meeting was for the publication of car regulations to be pushed back until December – a move which has gathered support from a number of teams.

But such a delay would require some form of unanimous agreement, as the FIA Sporting Code says that major regulation changes – as are coming for 2021 – will need to be in place by June this year.

It is understood teams are investigating the legal implications of a delay to see what can be achieved.

Reflecting on the progress of rule talks, Binotto added: “The process is still ongoing. There are still points where there is some distance compared to their [the FIA’s] position and what we believe should be the right Ferrari position, but we are still discussing.

“I think it will be good for F1 to find the right agreement and I am pretty sure we will do it.”