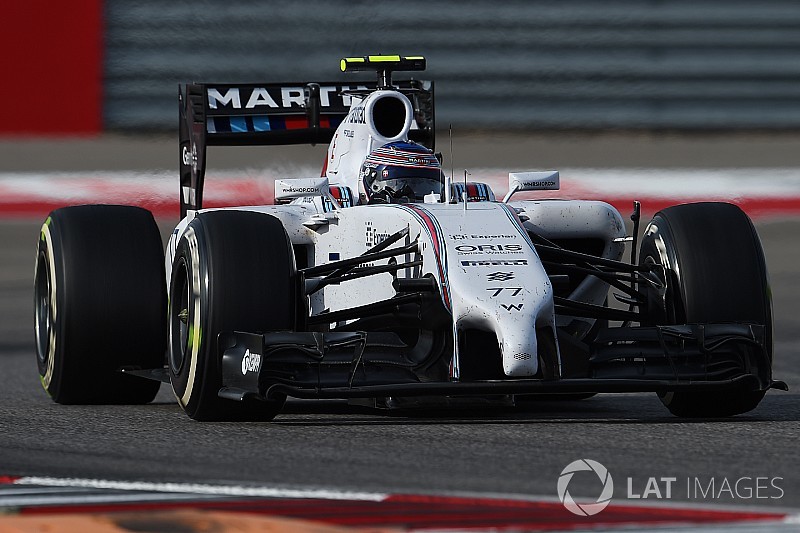 Williams has revealed a test in a 2014 car between the Canadian and Azerbaijan Grands Prix helped Lance Stroll score the best qualifying result of his Formula 1 career.

Massa said Stroll's maiden points finish had calmed him down and "some changes to the car, similar to the one [set-up] I use" had made Stroll more competitive on his first visit to Baku.

Technical chief Paddy Lowe explained that an exclusive day of testing in the FW36 at Austin on June 14 allowed Stroll to examine the differences between his and Massa's set-ups and find a better direction.

"He went to Austin last week driving the 2014 car," Lowe said. "They did a few experiments with set-up, looking at some of the differences between his set-up and Felipe's set-up, and some of that's been brought forward here and I think it's put him in a much better place."

Lowe explained these experiments were focused on "generic things that are common to most racing cars", which meant they could translate easily to the 2017 Williams.

Stroll engaged in a dedicated 2014 Williams test programme during his European Formula 3 championship campaign last season in order to prepare for F1 this year. This programme is continuing with Stroll scheduled to do an exclusive day of testing in the 2014-spec car between every race, at tracks he hasn't visited, until the end of the season.

Lowe said Stroll's familiarity with the car combined with the extra track time helped accelerate his learning process between races.

"It's just track time," Lowe added. "They had a whole day to do some straightforward experiments with stable tyres, good sets of tyres, run a programme. And they're fairly generic set-up directions that apply equally on a 2014 car as on a 2017 car.

"The trouble on a Friday [at a grand prix] is you've got limited time, limited numbers of tyres, they're often not the same type of tyre, then the track's moving quite quickly as well. It's a great advantage to be able to go and spend a whole day on something."

Stroll: Set-up had "drifted away"

Stroll struggled badly in qualifying in recent races, dropping out in Q1 in Spain, Monaco and Canada in a car that usually contends for Q3.

He reckoned taking a set-up direction "similar to the beginning of the year", combined with better communication with his engineers and understanding of the Pirelli tyres, came together to boost his form in Azerbaijan.

"I'm starting to figure it out with the car, taking directions similar to the beginning of the year," Stroll said. "We drifted away from that direction, we came back, and I feel a lot more confident with that balance and set-up.

"The set-up gives you confidence and then you can drive the car the way you want.

"I think it's a combination of everyone working together, the engineers giving me different information, better information, and just gaining experience with the tyres."