Formula 1 is "not even thinking" about holding a sprint race at every grand prix, according to Stefano Domenicali, as fans expressed their opposition in the biggest-ever global survey.

The results of the F1 Global Survey commissioned by Motorsport Network in partnership with F1 and Nielsen Sports were released on Thursday ahead of the United States Grand Prix after responses from more than 167,000 fans in 187 different countries.

F1 has held two sprint races so far this year at Silverstone and Monza, and has a third scheduled for the Brazilian Grand Prix at Interlagos. The revised weekend format is set to be expanded to around half a dozen events in 2022.

While the survey found there was a 7% net approval of sprint races improving the show in F1, there was an overwhelming rejection of introducing them to every event, with 60% of fans saying they disagreed.

Discussing the results of the survey, F1 CEO and president Domenicali said that while the net approval of sprint races was encouraging, it was clear there was no appetite to have them at every single grand prix.

"The number is very, very encouraging," Domenicali said. "We see, from what we see as a figure, the mixed feelings of more traditional fans [who are] less happy for the change, while the new fans are really happy to see things moving in a different way. So it's basically the thing that I see is correct to consider.

"And that's why, as I state on the survey, we are not even thinking to go with all the grands prix in a different format.

"We believe that we can create a very fixed number, that will be I think six in the near future, with this format, with changes that we are thinking [about] together with the teams in order to improve the quality of the offer." 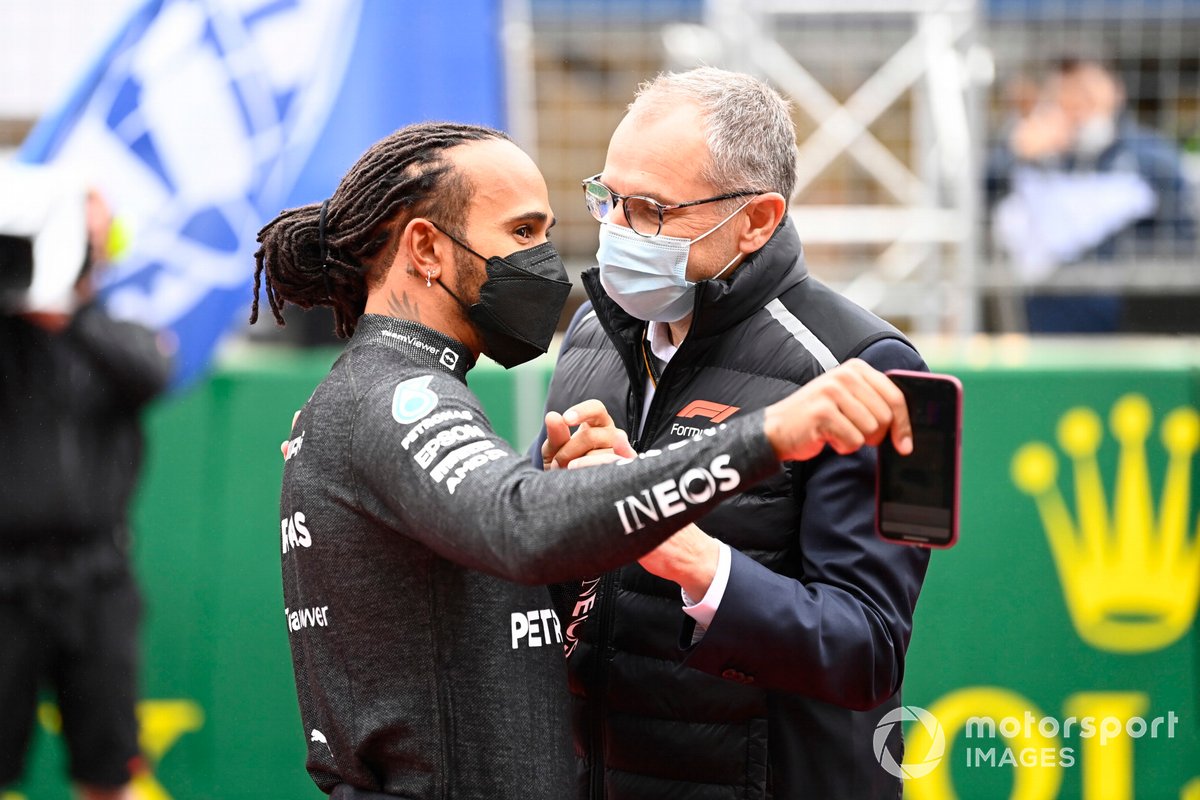 F1 is set to review the format of the sprint races for next year, which may see them run as standalone events which do not set the grid for Sunday's grand prix as they have done this year.

Another format proposal that was viewed negatively by fans in the survey was reverse grids, which has been floated as an idea by some teams in recent years to improve the on-track spectacle.

A total of 68% of fans said they disagreed with a format that would see the fastest qualifier start at the back of the grid, and Domenicali acknowledged there was "clearly not a great appetite" for reverse grids.

"We know that it's not part of the discussion we are having," Domenicali said. "So I think that [the results are] encouraging, and the trend is confirmed by this kind of mix, the avid or traditional fans versus the new fans.

"That is why this is really the right place where we need to find the right compromise."