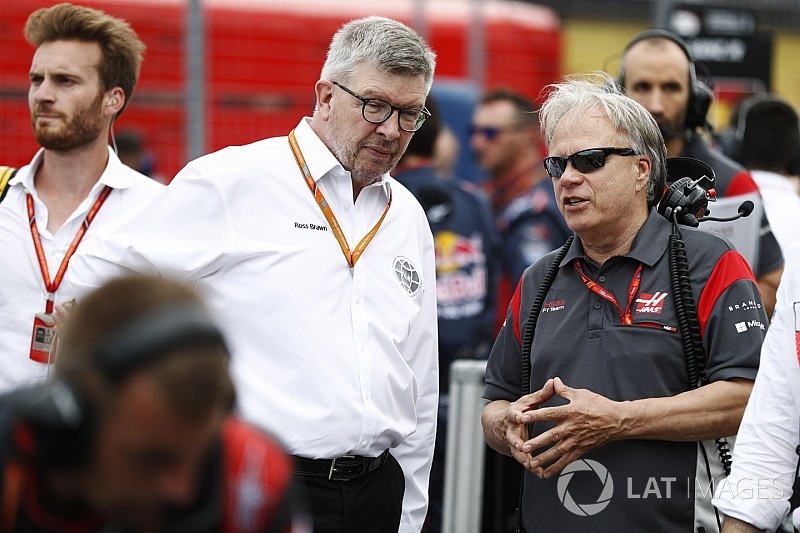 Ross Brawn says the better long-term planning he is trying to implement in Formula 1 is the new ownership's way of "avoiding a war" between teams over future rules.

Brawn said this forward-thinking approach is the best way to avoid disagreement between teams and stop them purely focusing on their own individual interests.

"What I've always felt in F1 is that short-term fixes – unless there's something that's so obvious that there can be no argument – create the most friction," Brawn said.

"Short-term changes almost inevitably favour one team over another, and that provokes hostility.

"If you're talking about something that's going to happen in three years' time, there's more balance because teams know they can respond properly, and in my experience there's less resistance to those sort of initiatives.

"We're talking about the [new] engine [rules] for 2021 at the moment, and so far the discussions have been extremely constructive.

"They may get a little bit more forceful as we get closer to making a final decision, but because it's coming in three or four years' time the teams have the opportunity to create the right organisation and do a proper job.

"People naturally look at how they might be advantaged or disadvantaged by what's being proposed; well-structured, well-researched medium-to-long-term plans is our way of avoiding a war."

Brawn has been tasked by F1's new owners, Liberty Media, with drafting strategy for F1's future sporting and technical direction.

He feels F1 management taking on this responsibility will ease the burden on teams that don't have the necessary time or resources to properly focus on this type of planning.

"One of the things you have to recognise - and I know this from being on the other side of the coin - is that as a team, you don't have a lot of time or resource to devote to thinking through what would be the best solutions for the future," Brawn added.

"But in the absence of someone else thinking about that, you just fight your corner based on your experience, your knowledge, and your opinion there and then.

"We're in a position to do the research, build the models, do the analysis to understand the steps we can take to evolve the sport, always with a clear set of objectives.

"And those objectives are to improve sustainability - reducing costs and having a fairer distribution of income - and to have close racing."