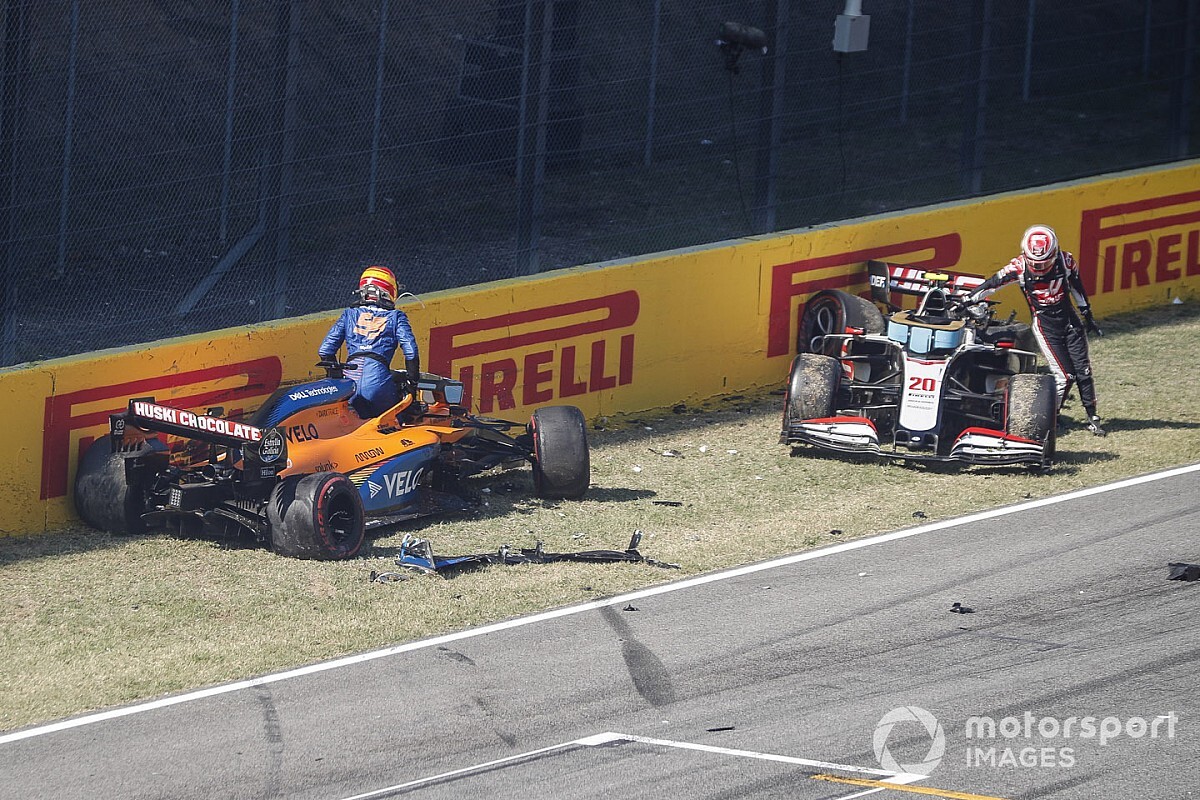 Kevin Magnussen, Daniil Kvyat and Nicholas Latifi have been summoned to the stewards over the safety car restart pile-up that triggered the first red flag at the Tuscan Grand Prix.

Formula 1's first race at Mugello had to be abandoned following an early safety car restart, when a number of cars in the middle of the pack collided on the start-finish straight.

With race leader Valtteri Bottas having left his acceleration until the last moment, the back of the pack appeared to have gone early – and the concertina effect triggered the crash.

As Magnussen braked to avoid slowing cars ahead, he was hit up the back by Alfa Romeo's Antonio Giovinazzi, with Carlos Sainz and Nicholas Latifi also being eliminated in the chain of events.

The FIA has looked into the incident and summoned Magnussen and Latifi for a potential breach of the rules.

Article 39.13 of the F1 Sporting Regulations states: "In order to avoid the likelihood of accidents before the safety car returns to the pits, from the point at which the lights on the car are turned out drivers must proceed at a pace which involves no erratic acceleration or braking nor any other manoeuvre which is likely to endanger other drivers or impede the restart."

Speaking to TV reporters afterwards, Magnussen said he was unsure who was to blame for what happened.

"I haven't watched it from all the cars ahead," he said. "I think my feeling is that somebody maybe backed off to try to go and then gain momentum.

"I don't know for sure, but suddenly the guys in front of me, the couple of cars ahead, they went and we were full throttle for at least a couple of seconds.

"Then they stopped, I had to stop and the cars behind me had to stop. Eventually somebody couldn't react and there was a crash.

"It is something we want to avoid in the future."