"Disappointed" Renault must be hard on itself - Abiteboul 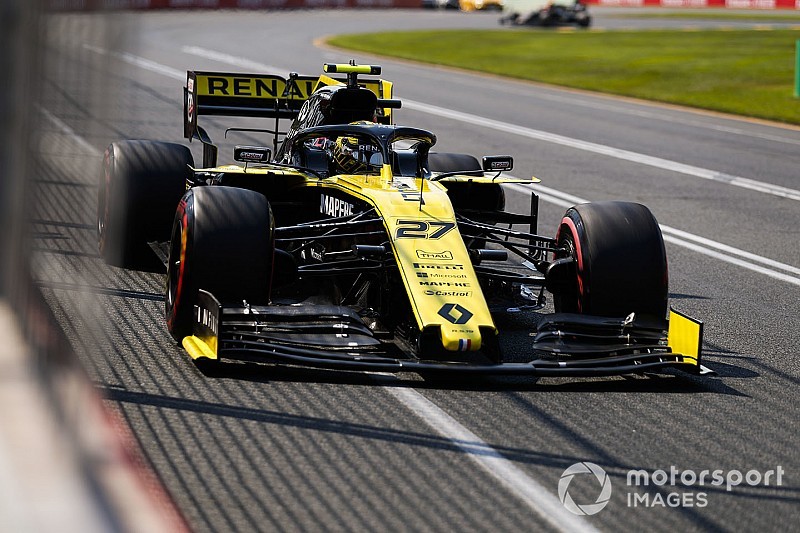 Renault's Formula 1 team needs to be hard on itself if it is to bounce back from the disappointment of the Australian Grand Prix, reckons its managing director Cyril Abiteboul.

The French car manufacturer has set sights on closing down the gap to the top three teams this season, but it endured some frustrations in Melbourne as it felt it never showed off the full potential of its car.

Although Nico Hulkenberg finished seventh, Daniel Ricciardo was forced to retire amid reliability concerns triggered by an incident at the start which broke his front wing.

Abiteboul is clear that Renault expected more from Australia, which is why he is hoping that car updates and a smoother weekend will allow his team to do better in Bahrain this weekend.

"In seasons gone by, we would have been satisfied with a seventh-place finish at the first race of the season, but this year we were a little disappointed," he said in a team preview.

"We feel our car is capable of fighting at the top end of the midfield. However, that wasn't always displayed when it really counted in qualifying and during the race.

"We are determined to show more in Bahrain. We have to underline the step we've made on the engine side, and the second grand prix of 2019 is an opportunity to showcase that. We will bring some aero updates, as we will do at every race.

"We also need to target consistency over the course of the entire weekend, delivering a balanced and reliable car in all sessions to allow the drivers to extract respective maximum performance.

"Equally, we need to target operational excellence in all areas.

"Having both cars inside the points is the target and we want to show the qualities of our team. We have to be hard on ourselves if we're to keep on our path."

Technical director Nick Chester said that the updates to the team's car would be linked to cooling, as well as mechanical and aero developments.

He has faith, however, that there is more pace to be unleashed from the car than was on display at Albert Park.

"We didn't qualify where the cars deserved to be in terms of pace and that was down to execution in some areas and a reliability problem which is now understood," he explained.

"It shows the midfield is so close and that any small mistake or dip in performance means you'll lose places on the grid. Unfortunately, we experienced that quite directly.

"The reality is, the lower down the grid you qualify, the more likely the risks of damaging the car are. Elsewhere throughout the weekend, we tested some new parts, played around with different setups and learnt a decent amount.

"It's quite clear, though, we have some work to do to move away from the midfield, which is where we want to be."

How Ferrari and McLaren gave F1 an incurable headache