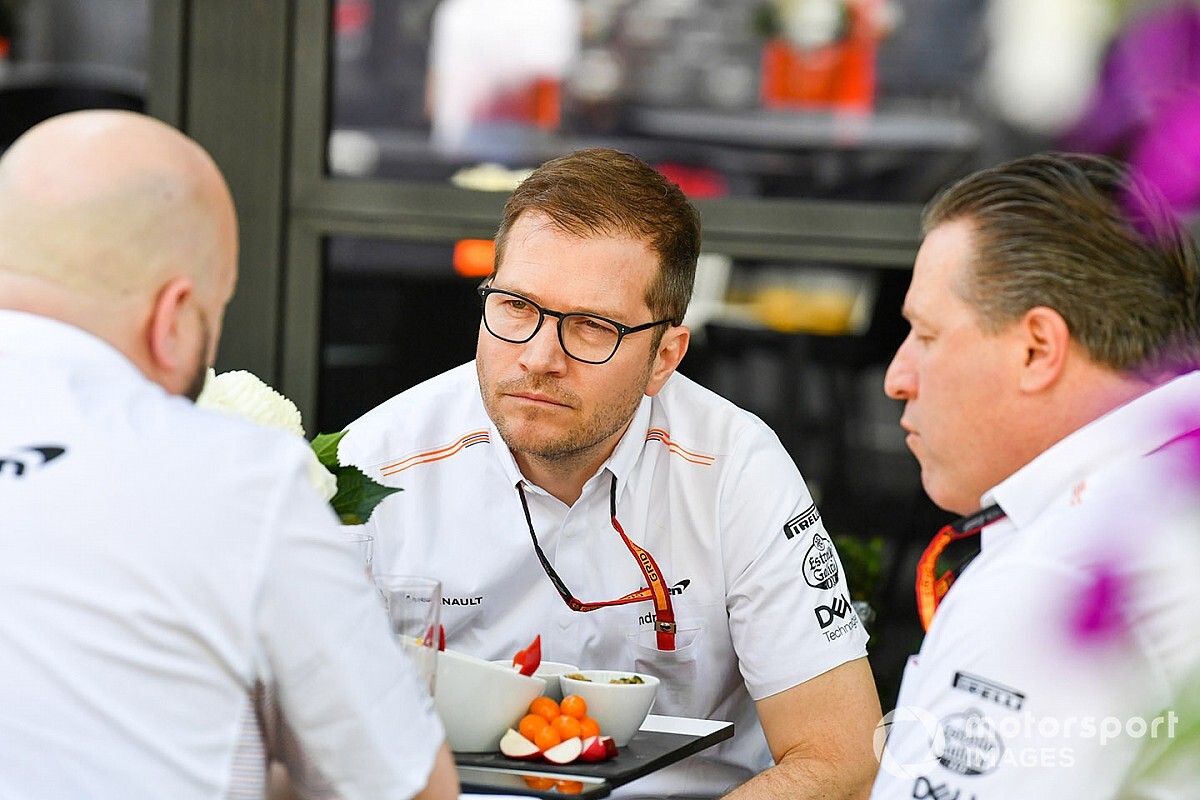 The uncertainty facing teams following the COVID-19 crisis is the "final wake-up call" for Formula 1 to become more sustainable, according to McLaren's Andreas Seidl.

F1 teams are currently in talks with the series bosses about actions to try and safeguard its future ahead of the anticipated economic impact the ongoing pandemic will have.

Stakeholders have already agreed continue with the existing cars through the 2021 season and delay the introduction of the new regulations to try and save costs, but concerns remain over the future of some of the teams.

McLaren is leading calls to further reduce the budget cap for 2021, originally set at $175 million, to as low as $100 million.

"I think the crisis we're in now is the final wake-up call that the sport which was unhealthy before, and not sustainable, has now reached a point where we need big changes, drastic changes," McLaren team principal Seidl said during a media roundtable teleconference on Wednesday.

"The most important thing is that we simply make the next big step on the budget cap, because we think it's absolutely important now with all the financial losses that we will face this year.

"We would like to see the budget cap as low as possible. We have put out the number of $100 million, which is something we would be in favour of.

"I clearly see a commitment from everyone, understanding that we are in a big crisis and that we have to make big decisions to make sure we protect the teams and protect Formula 1.

"I still hope we make a big step on the budget cap in the next days, and make some some bold decisions, because it will be in the best interest, not just for us, but for everyone in the pitlane."

The next teams' meeting is set to take place on Thursday afternoon, where plans over the budget cap will be discussed further.

Seidl said $100m was "a good number to run a Formula 1 team" off and that the sport would still have "the fastest car on the planet" and be "the leading edge in terms of technology".

Concerns have been raised following the last meeting by some of the bigger teams over going so low, citing their supply to customer teams as an area where costs would remain high.

A two-tier budget cap system was proposed, but Seidl said he did not think this was a necessary solution.

"That is important to respect the development costs teams that are selling parts to other teams have," Seidl said.

"But I think that's something which is covered anyway, in the financial regulations, the so-called notional value of parts. So I don't see any reason why we need different caps."

FIA president Jean Todt told Motorsport.com last week that F1 needed to be re-calibrated financially due to the impact of the pandemic, but that he hoped the sport would "come back better" as a result of changes enacted.

Seidl agreed with Todt's thoughts, saying F1 could become more sustainable and healthy in the long-term if the right changes are made in reaction to the current crisis.

"If we make the right decisions now under the leadership of the FIA and Formula 1, Formula 1 in the future can actually be more sustainable, and in a better and more healthy shape compared to where it has been in previous years," Seidl said.

"In the end, [it] should help to improve the sport as well, improve the show, which is for the benefit for all of us and all our fans as well."