Closing speeds to be discussed after Magnussen/Ocon incident 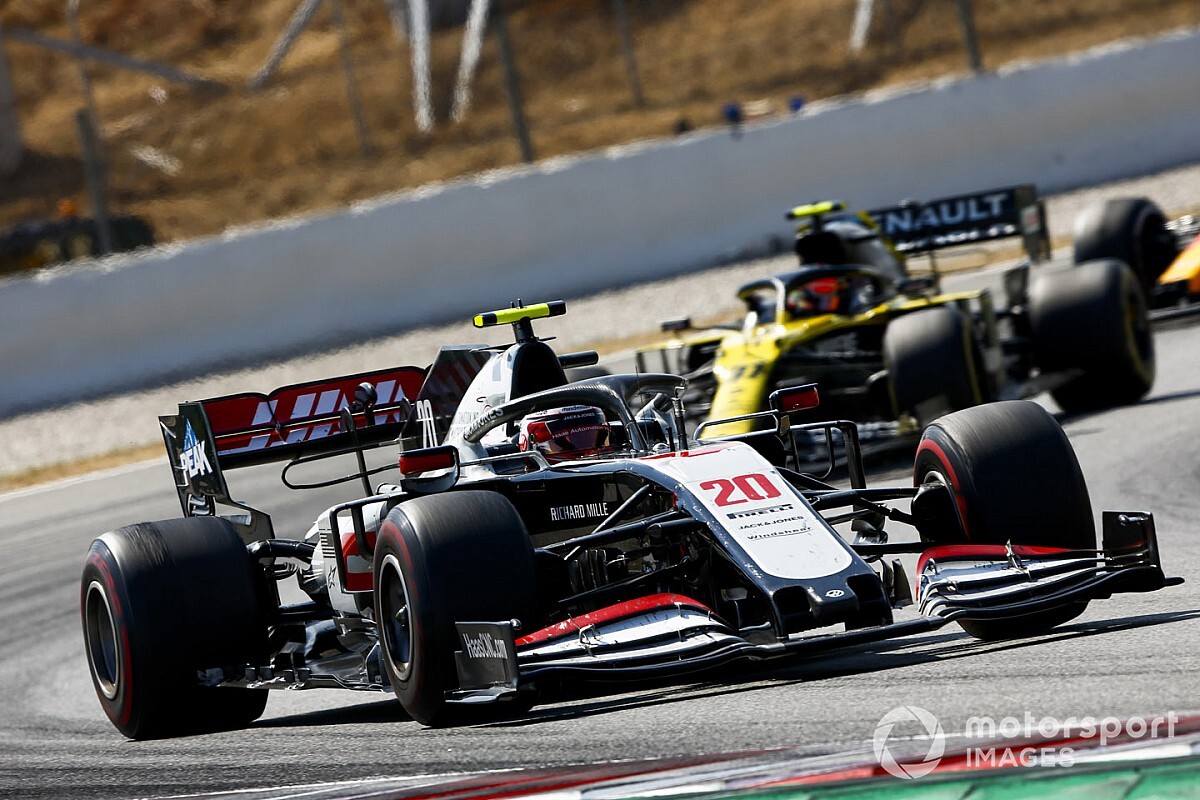 Formula 1 drivers are set discuss concerns about the closing speeds between cars on hot laps and slow laps following the incident involving Kevin Magnussen and Esteban Ocon in Spain.

Ocon crashed into the wall towards the end of final practice for the Spanish Grand Prix after taking evasive action to avoid a slow-moving Magnussen between Turn 3 and Turn 4.

Magnussen was on a slow lap in a bid to cool his tyres, while Ocon was trying to get his tyres up to temperature after exiting the pits, explaining the speed difference.

Both the drivers and the stewards put it down as an “unfortunate” accident, with no action being taken.

But there was a repeat of cars going slowly on-track through qualifying in Barcelona as drivers tried to cool their tyres, causing them to bunch in the final sector before starting their flying laps.

“It's not really acceptable to have a queue of cars,” Ocon said. “If there is someone coming up at race speed, it can be dangerous. This has been the trend.

“In hot conditions, we are a minute slower in a cool-down lap or to prep the lap. It's very, very slow.

“We would need to limit [the minimum time]. To start my last lap, I was basically clutch in and I stopped. I was literally doing zero kph in the middle of the line. It's very, very extreme nowadays.”

Grand Prix Drivers’ Association director Romain Grosjean said the matter would be discussed at the next drivers’ briefing, admitting there were safety concerns about the closing speed difference between cars on push laps and cool laps.

“It was raised at the drivers’ briefing at Silverstone. I think it will be raised again,” Grosjean said.

“We can go faster, but we’re just not going to do another fast lap.

“Yes, it’s a safety matter. I’ll tell you one thing, you don’t feel confident at all driving so slow whilst cars are coming so fast.

“There are places where the mirrors, they’re only good enough. The radio communication, we try to do our best.

“But when the delta speed is about 1m15s per lap as it was at Silverstone, [and] having 45 seconds here, it’s just too big.”

Grosjean explained that the fluctuating temperatures of the Pirelli tyres forced the drivers to go so slow in order to prepare for another push lap.

“We have got to lose about 30 degrees in one lap,” Grosjean said.

“To lose 30 degrees, you need to go as slow as you can, spend as much time as you can, and just not generate any load on the tyres.

“We’ve mentioned a few times, something will happen one day. This morning we saw a bit of a hairy moment. Luckily it wasn’t too high speed. It doesn’t feel right.”