The Formula 1 race stewards have opted to take no action against Esteban Ocon or Kevin Magnussen following their "unfortunate" accident in final practice for the Spanish Grand Prix. 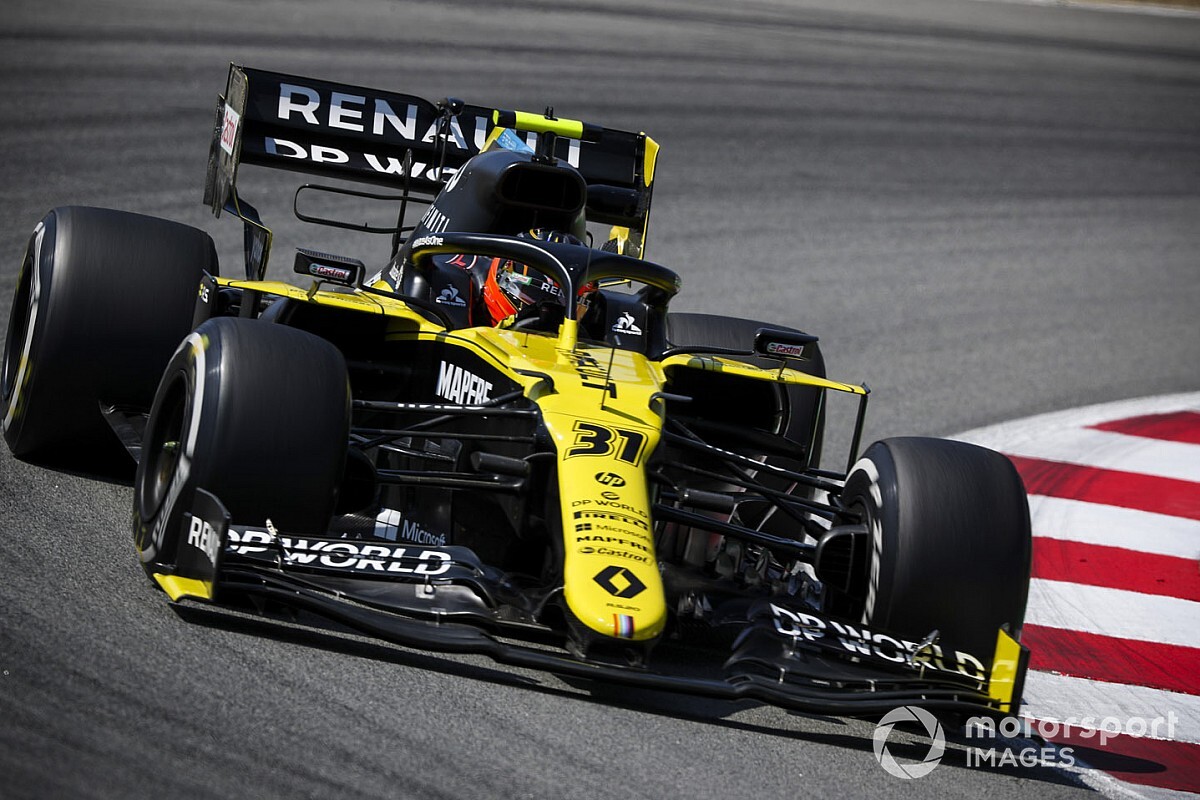 Ocon crashed into the wall during the closing stages of FP3 at the Circuit de Barcelona-Catalunya while trying to avoid a slow-moving Magnussen on the run from Turn 3 to Turn 4.

As Magnussen slowed ahead following a hot lap, Ocon was forced to back off before spearing his car to the right and into the inside wall in order to avoid running into the rear of the Haas.

The stewards swiftly announced they would be reviewing the incident, calling both Magnussen and Ocon to a hearing ahead of qualifying.

But after listening to the accounts of both drivers and reviewing the incident, the stewards deemed there was no party found significantly to blame, putting it down as an "unfortunate" accident.

"Discussing the incident with the drivers and examining the evidence, the Stewards determined that Magnussen lifted and slowed using ERS harvesting," the stewards' bulletin reads.

"There was no use of the brakes that contributed to the accident. This was confirmed with telemetry. Magnussen pulled gently off line, having been advised of following traffic on fast laps.

"At the same time Ocon was also moving to the right to let traffic by and was looking in his mirrors for the cars following.

"When he subsequently looked forward, he was surprised to see Magnussen directly ahead of him and swerved to avoid a collision.

"Both drivers and the Stewards agreed that it was an unfortunate accident and that neither driver was to blame.

Following the crash, Ocon was required to go to the medical centre for an evaluation, but was quickly checked and released by the medical staff.

Renault said it is "confident" Ocon's car will be repaired in time for the start of qualifying, having sustained damage to the front wing and nose in the shunt that brought final practice to an early end.

The team also said that both the engine and the gearbox on the R.S.20 were undamaged in the incident.