"Out of sorts" Vettel's errors no coincidence - Brawn 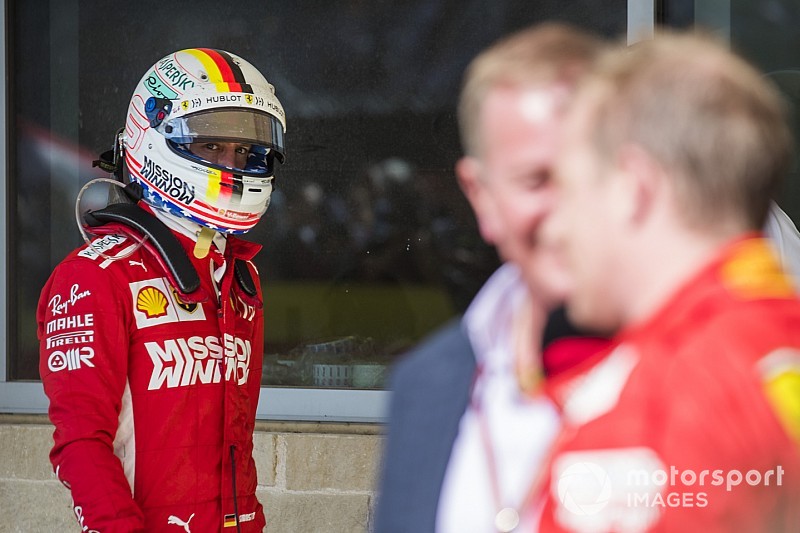 Formula 1 sporting boss Ross Brawn says Sebastian Vettel’s high rate of mistakes is not a coincidence and indicates that the Ferrari driver is “a bit out of sorts”.

Vettel spun while trying to overtake Daniel Ricciardo on the opening lap of the United States Grand Prix last weekend, having done the same attempting to pass the other Red Bull of Max Verstappen early in the previous race in Japan.

It was the latest in a string of high-profile errors from Vettel this season, who also spun on the opening lap in Italy after hitting title rival Lewis Hamilton, crashed out of the lead in Germany and clattered into Valtteri Bottas at the start of the French Grand Prix.

Vettel’s errors have helped put Hamilton on the brink of a fifth world title and Brawn, who steered Ferrari to multiple titles in his time as technical director, said he has become “no stranger to mistakes”.

“On Friday there was a small one, when he failed to slow sufficiently for red flags, and he paid the price with a three-place penalty,” said Brawn.

“Then, in the race, he yet again collided with a Red Bull, this time Ricciardo’s, and once again Vettel came off worst.

“It was another lost opportunity to close the gap in the title fight, especially when we saw what [race winner Kimi] Raikkonen did with the same car.

“I certainly don’t want to put Vettel in the dock, but these incidents can no longer be seen as coincidence.

“Rather they would seem to indicate that Sebastian is a bit out of sorts at the moment.”

Hamilton will be crowned champion if Vettel fails to take victory this weekend in Mexico.

It is a stark turnaround from a tightly-fought first half of the year, with Vettel having led the championship after 10 races but only winning once, in Belgium, in the eight grands prix since.

“Now, any hope of bringing the drivers’ title back to Maranello is dwindling and the time has come to do the maths,” said Brawn.

“Their most important task is to work out how to help Vettel make the most of his massive talent.

“You don’t become a four-time world champion for no reason and Sebastian has definitely not forgotten how to win.

“In a sport as complicated as Formula 1, you only reach your goals if all the pieces of the jigsaw fall into place.

“If just one piece is missing everything is compromised.”

While Brawn was critical of Ferrari’s lead driver, he was full of praise for Raikkonen – who will leave the team to join Sauber after this season.

Brawn said the Finn was “perfect” in ending a 113-race wait for a victory and did it “with great style”.

He added: “With only three more races to go until the end of his second stint at Ferrari, Kimi has put the icing on the cake, towards the end of what has been a very strong season – definitely his best in recent years.” 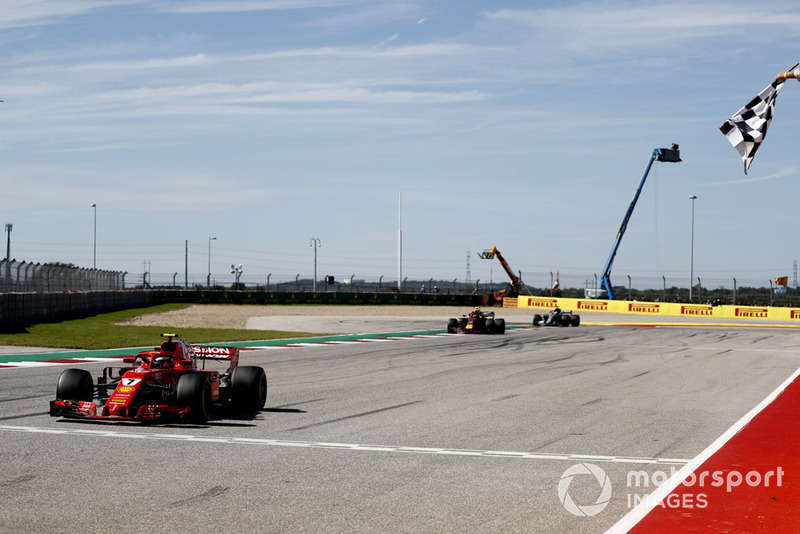 Analysis: What Ferrari got right and wrong with its upgrades

Why Ferrari's turnaround is difficult to explain