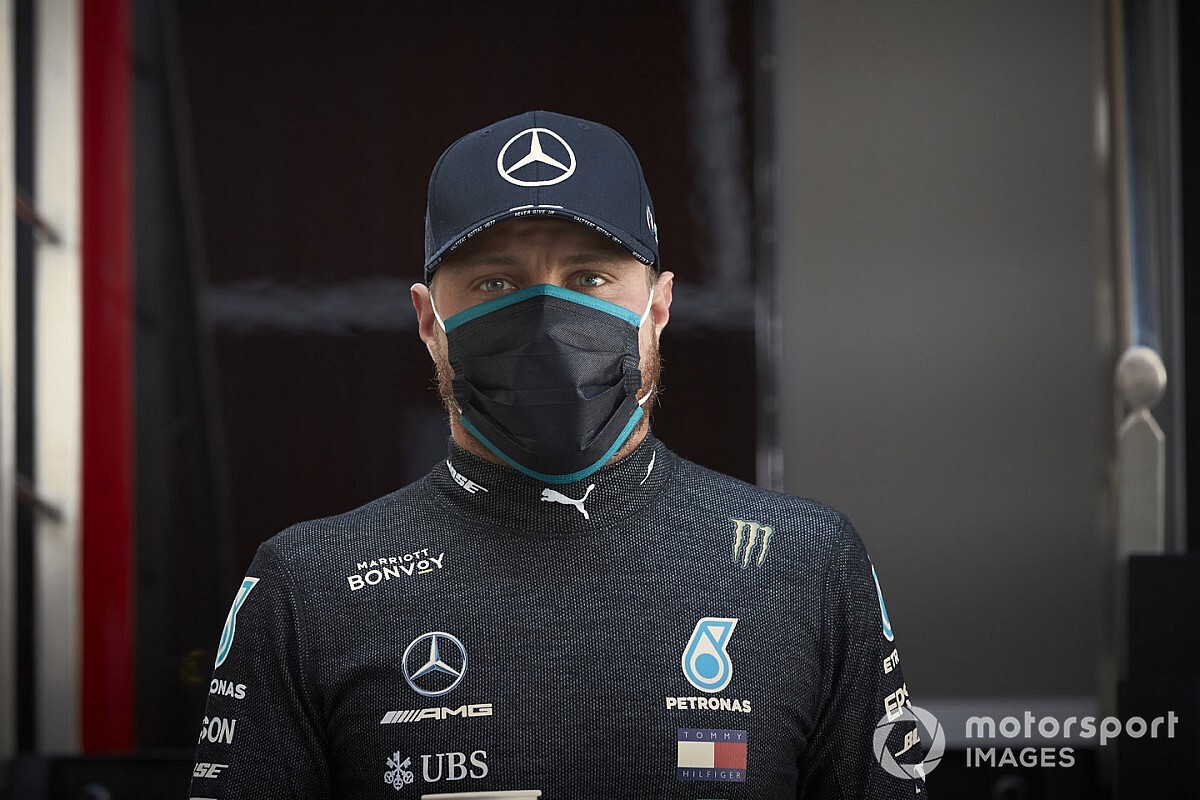 Mercedes Formula 1 driver Valtteri Bottas says he’s in “good spirits” after putting the frustration of the Spanish GP behind him.

After finishing third in Barcelona behind teammate Lewis Hamilton and Red Bill's Max Verstappen, a despondent Bottas said he could already see the 2020 world championship “drifting away”.

He currently lies third in the title race, 43 points behind championship leader Hamilton and six adrift of Verstappen.

However the Finn, who turns 31 on Friday, says that he has taken time out and has been able to reset.

“It was a disappointing weekend and obviously there were a few races that just didn't go my way, and far from what the goal was,” he said at Spa on Thursday.

“So, of course it's disappointing when you have all in for the sport to try and achieve your goals, but the most important thing is always to bounce back, to reset and find the right mindset. I definitely had a bit of a disconnect again, as we had a weekend off, so I managed to recharge.

“And I’m ready to be here again and trying to be at my best level. So I'm in good spirits and looking forward to spending my birthday on track on one of the best tracks in the world, probably the best racing car in the world. So, things are good.”

Expanding on his love for Spa, he said: “It’s a really iconic track and everyone really enjoys it. And all the drivers love driving here – and the racing is always good, which is always a big positive. So yeah, again, I really look forward to it.

“I would say the whole second sector is the most interesting – there’s lots of time you can lose or gain getting things right.

“There’s pretty technical sections as well and corner combinations that you just need to get the lines right and everything. But to be honest the whole track is just really nice.”

Asked about the team’s prospects at Spa in the light of recent tyre problems, Bottas suggested that lower temperatures might be favourable.

"It's such a different track to previous tracks that we've had tyre issues, so it's so difficult to predict.

"But I think with the softer compound, maybe it's a bit more difficult to make a one-stop even though you can always try and qualify on the medium, but I have no answer. I guess we find out.

“At least the temperature is looking pretty cool, which is not maybe a bad thing for us.

"But in any case, I have no doubt that Red Bull will be there, in the race pace they've been pretty good with the tyres and the long run pace. So no matter what temperature I'm sure they're going to be a threat as well.”