Ferrari team principal Mattia Binotto says the relationship he has with Mercedes’ Toto Wolff is one of sporting rivalry rather than hatred. 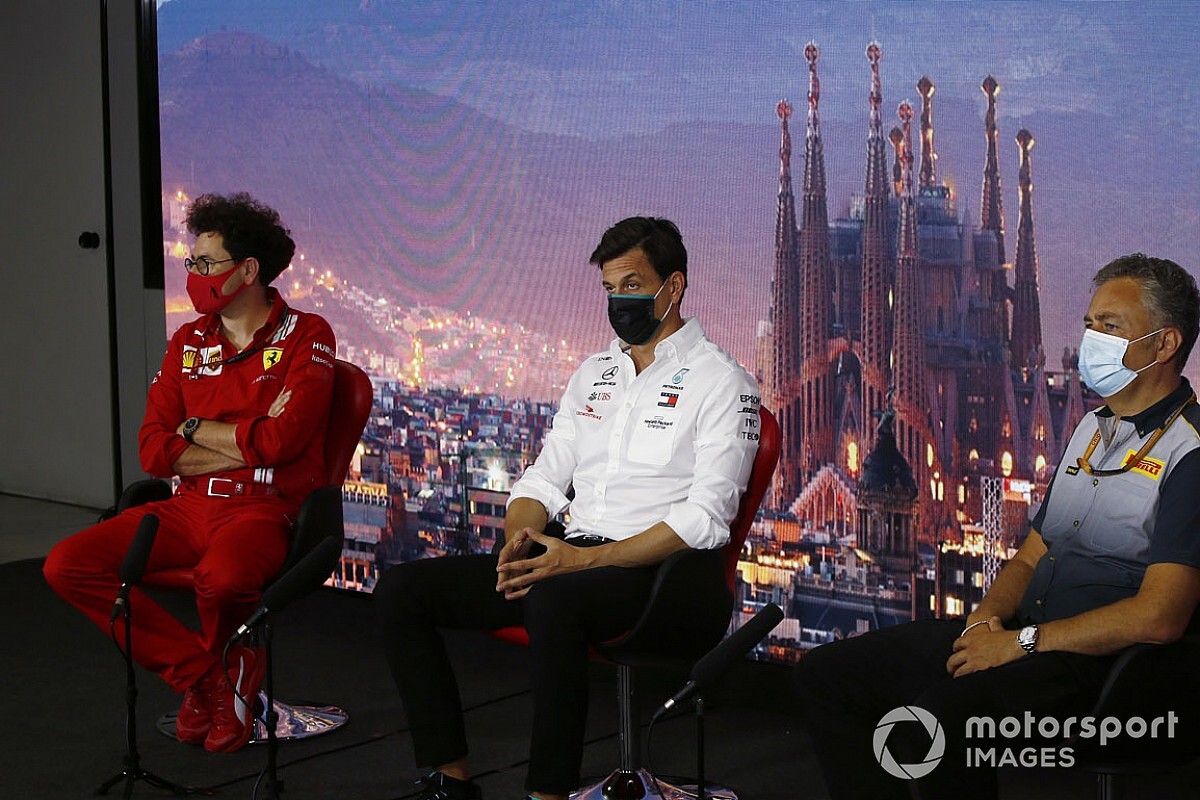 Binotto and Wolff clashed earlier this year in the wake of the secret deal that was put in place between the FIA and Ferrari regarding legality doubts over the Maranello team’s 2019 powerunit.

Wolff was especially outspoken at claims from Binotto that all teams had been impacted by technical directives regarding engines – so Ferrari wasn’t alone in being caught out.

Wolff has also said that he felt sad that Ferrari had endured difficulties this year because of choices made by certain individuals there.

“It’s maybe the decisions that have been made within the team, from certain members of the team,” he claimed.

But while the relationship between the Mercedes and Ferrari bosses has appeared to be quite tense, Binotto does not see any particular tension between them.

“Do we ‘hate’ each other,” said Binotto in an interview with Sky Italia, when asked about his relationship with Wolff.

“In a sporting respect, he is my main opponent who has been winning for many years. But it is not hatred.

“There is respect and a desire to beat him, but not for the sake of beating Toto and Mercedes. It’s to bring Ferrari back to the top, and the place where it deserves to be.”

Binotto insisted that there was nothing underhand about the deal Ferrari reached with the FIA over the winter, and is clear that if rivals had been unhappy with his team’s engine last year then the door was always open to them to protest.

“No opponent last year filed a protest against us,” he said. “What was done later [after the season] started from the FIA’s desire to continue its investigations and analysis at a time when we were focused on developing the car for the 2020 season.

"The agreement was secret because it was obvious it should be. Should we have shown everyone our engine?

“I don't think anyone has ever done that in Formula 1, and no one will ever do that in the future.

“With regards to the 'grey' area, it was like that throughout the 2019 season until new directives arrived, and they were also defined thanks to our help.

“These directives had an impact on all engines, but on us to a greater extent."

Despite Ferrari’s difficult season, Binotto says the response in Maranello has been the right one – with the staff having come together amid its troubles rather than trying to blame each other.

"It's a fantastic group of people,” said Binotto. “We are going through a difficult period, and in such a context it is easy for tensions to arise, to point the finger at your desk neighbour.

“Instead, we are a compact team that is working with only one goal, plus we have the support of our president and CEO.

“We believe in this sport and in the future. It is a Ferrari that despite a not easy sporting moment, and with all the difficulties that the COVID period has entailed, has solid foundations on which to build and look forward.”

The "schoolboy error" that could shape a future F1 star