Ferrari Formula 1 team principal Mattia Binotto says his outfit’s recent uplift in form is an encouraging sign about its chances of further progress in 2021. 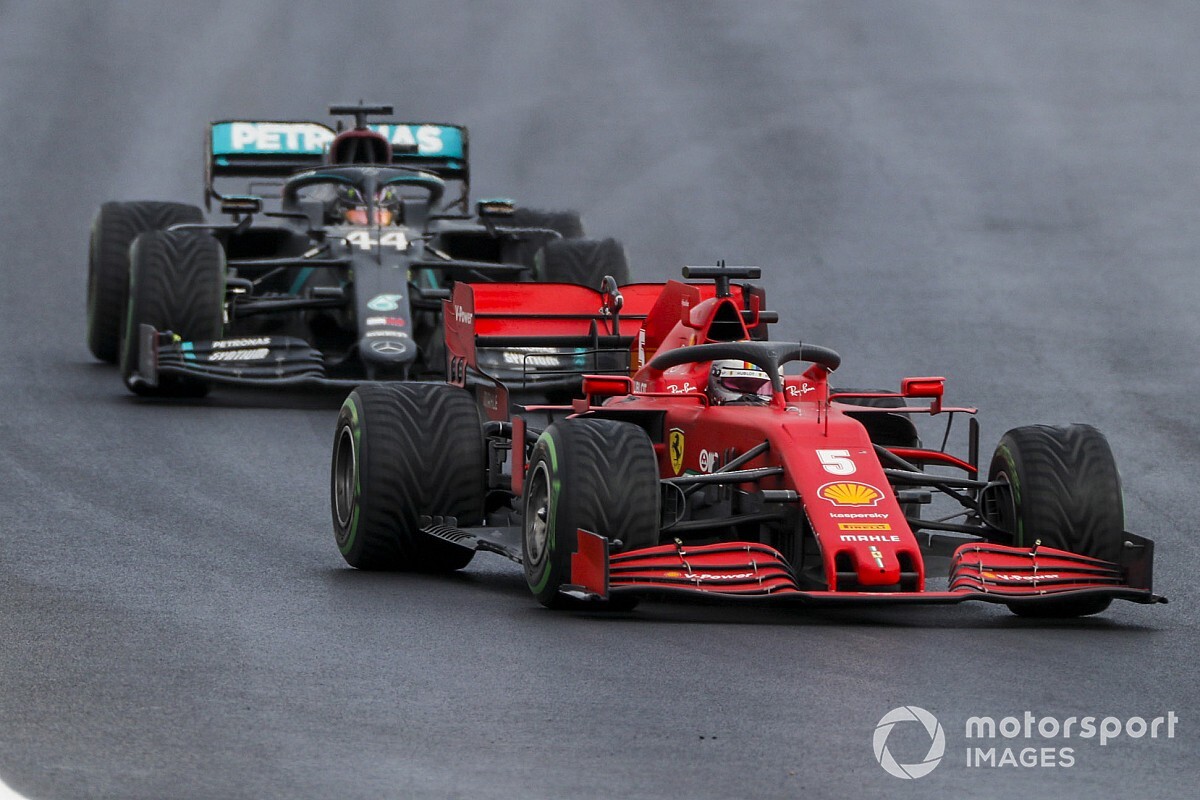 The Italian squad faced a difficult start to this season, with its SF1000 down on power compared to last year and its chassis lacking aero efficiency.

It launched a two-probe attack in its bid to return to competitiveness; readying an all-new engine on the dyno at its Maranello factory and also focusing on car changes to address its aero weaknesses.

While the dyno work will only be shown in public once 2021 testing starts, a raft of aero changes to its SF1000 to overcome its deficiencies has paid off with the team now back in the fight for podium finishes.

Binotto, who elected to work remotely from Maranello rather than travel to Turkey, believes that the upswing in form that Ferrari has delivered proves that the team can eke out more speed from its current car even though F1’s chassis rules are frozen in to 2021.

“It’s obviously very important for Ferrari doing well at the moment,” he said. “We know that we have improved the car and, if you look at the last races, we improved our position in the race.

“I think that as well in terms of constructor positions, it’s not the end of the championship, so it’s encouraging.

“The people are working hard back at home trying to understand the weaknesses of the car and trying to address them. And especially, as we are preparing for next season, those results somehow are encouraging ourselves.”

But although the Turkey result has pointed to Ferrari performance gains, there remains some caution that the team’s form at Istanbul was flattered by the tricky track conditions.

The low-grip asphalt in the dry, plus the rain that marred running on Saturday and Sunday, meant the form book was slightly different to a more normal dry weekend.

“I think the truth is that you have more ability to make a difference in those conditions, because it's so slippery and so much on edge,” he said.

“You're still depending on if you get the tyres in the right window, and how the car works. But let's say there's more room for yourself to be expressed.”