Binotto will discuss Ferrari F1 future with Sainz over winter

Mattia Binotto plans to talk with Carlos Sainz over the winter about his Ferrari future after a “great” first Formula 1 season with the team in 2021.

Sainz replaced Sebastian Vettel at Ferrari on a two-year deal for this season, and enjoyed his strongest F1 campaign to date, scoring four podiums en route to fifth place in the drivers’ championship.

Sainz managed to outscore Charles Leclerc in their first year as team-mates, helping Ferrari to secure third place in the constructors’ championship ahead of his former team, McLaren.

The Spaniard capped off his season with a third place finish in the Abu Dhabi Grand Prix. He said after the race that he “couldn’t ask for more” to round out his first year with Ferrari.

Ferrari team principal Binotto was jokingly asked after the race if now was the best time to renew Sainz’s contract, despite it having a year still to run. But he said they would chat about future plans over the winter when reviewing his season.

“I think Carlos did a great year,” Binotto said.

“When we signed a year ago, we said that winter time, so this is winter time, [is] the right moment to sit down and have a review of the season. That is something we will certainly do during the winter.

“There will be certainly a review altogether, and of the season itself, and we’ll start discussing what can be our future.” 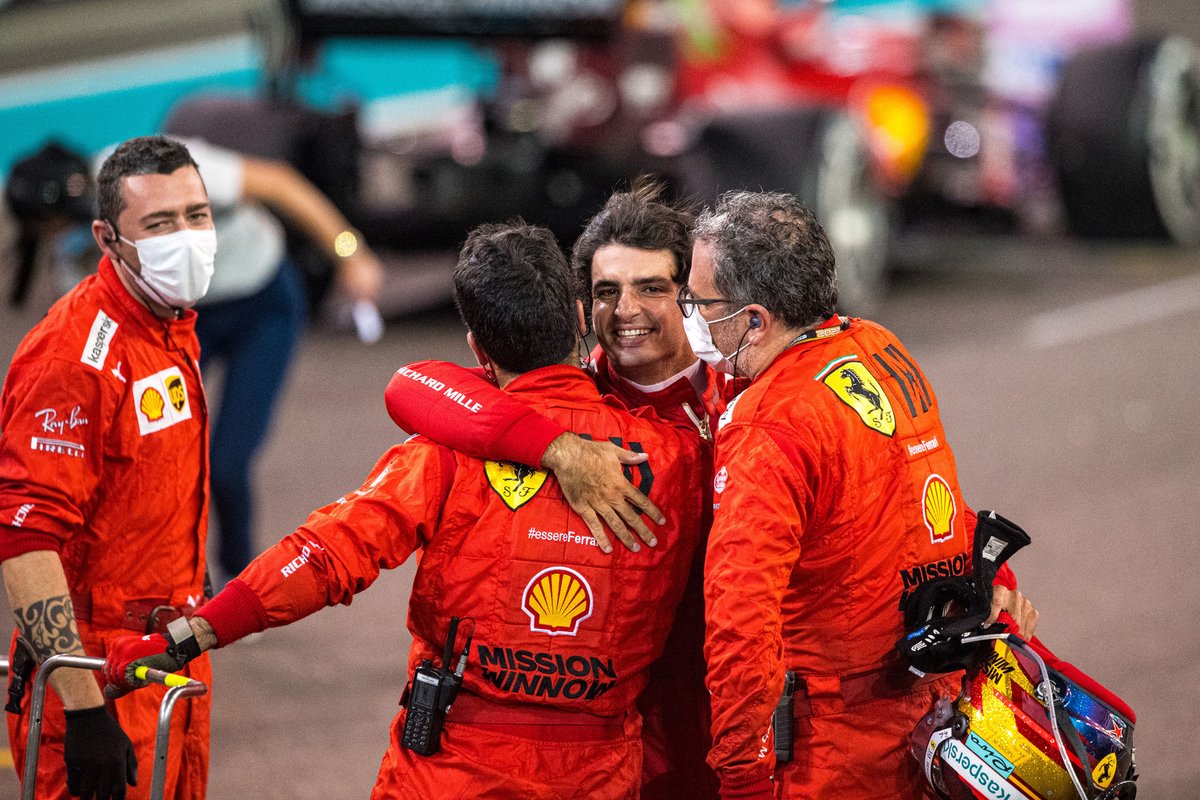 Binotto felt impressed by how Sainz had performed considering it was his first season with Ferrari, and repeated his belief that he formed the best line-up on the F1 grid alongside Leclerc.

“When we signed with Carlos, the objective was to have two good drivers that were good racers, consistent and capable of scoring points for the team,” Binotto said.

“I think it’s what we got this season. So I’m very proud of both of them. I think as I often said, we’ve got the best line-up in Formula 1, and I’m pretty happy with what Carlos did this season.

“Being his very first season with Ferrari, it was not straightforward and obvious. We signed with him because we said he is a good racer, consistent, always scoring good points. But I think he’s as well a good learner.

“During the season, he has improved, and I think that the end of the season is his best part of the entire season.”