With growing indications that the low rake cars have come off worst with Formula 1’s 2021 rule changes, it is no surprise to see those hit responding the hardest.

While Mercedes has been the focus of the impact on the low rake cars, Aston Martin too appears to have suffered a step back with its car compared to last year.

The team had a difficult pre-season test, not helped by reliability problems, and it has already made some interesting changes for the first F1 race weekend in Bahrain.

The focus of Aston Martin’s attention is the design of the AMR21’s floor, with changes made to the mid and rear section that it hopes will buy them back some of the performance that’s been lost due to the introduction of the new rules.

The changes are fairly extensive too, with the forward cluster of fins being increased from five to six elements, whilst a trio of additional fins that are angled slightly differently are mounted just behind them (red arrow).

The Z-shaped floor cut-out that’s present on a number of cars up and down the grid also appears to have been amended, with the midway notch increased and the floor edge straightened until it meets with the revised aerodynamic furniture mounted on top of the floor, ahead of the rear tyre (white line).

This new cluster (blue arrow) replaces the series of fins used during pre-season testing with two sections, a shorter flap, followed by a larger flap divided up by fins, much like the solution used by Mercedes (below). 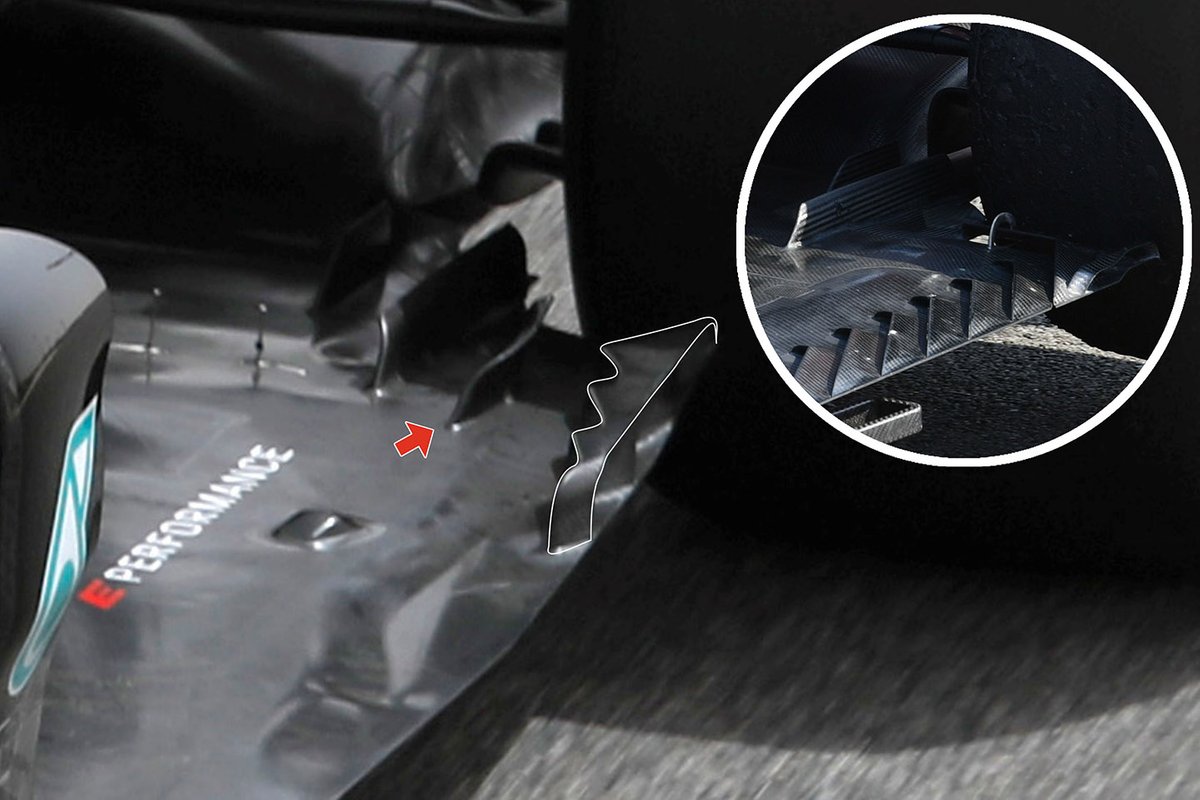 The changes will undoubtedly help unlock some of the performance lost this year due to the regulation changes but, perhaps more importantly, it points to a trend that seems to be appearing whereby designers are not simply tapering the floor back from the forwardmost point cited in the regulations but creating a cut-out instead.

After all the regulations govern the maximum floor size, and the teams themselves can decide to run a different configuration if they feel they can make gains with something smaller.

It also brings to mind a very aggressive solution that McLaren utilised in 2009, whereby it had a large cut-out in the floor ahead of the rear tyre that looked to influence the flow to the rear of the car even though it was obviously giving up a significant amount of the floor to do so. 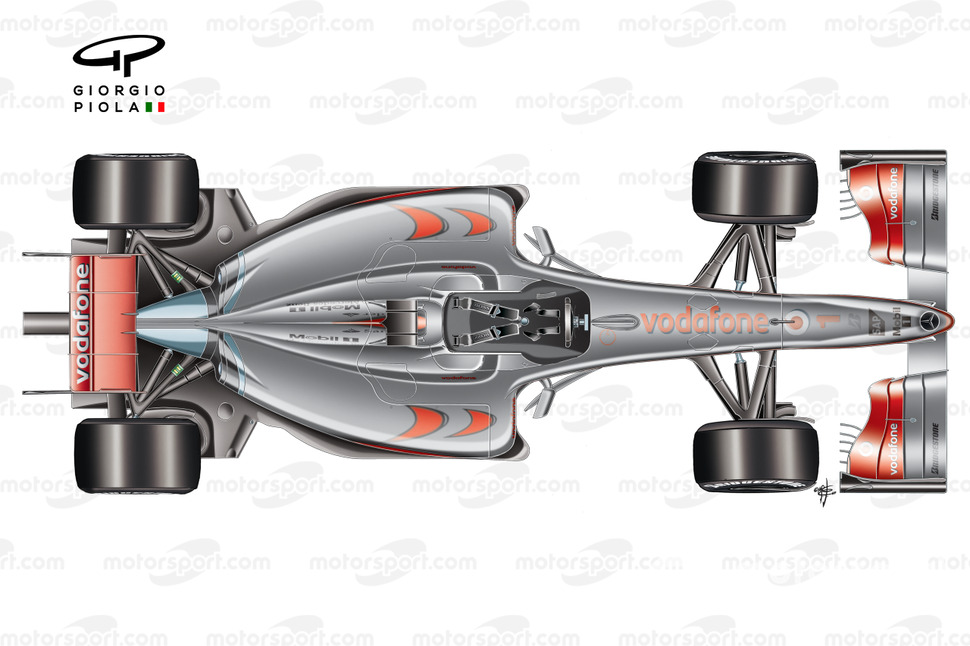