Alonso: Renault gives me chance to "return to highest level" 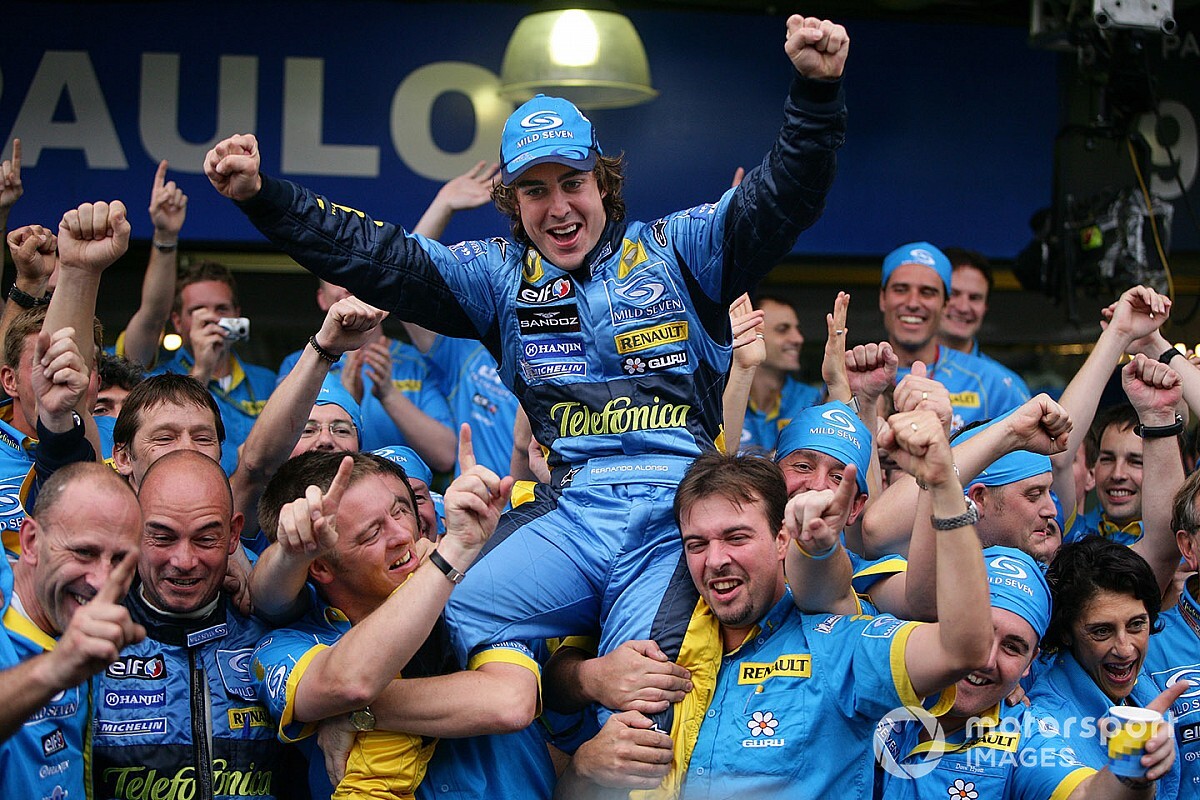 Fernando Alonso says Renault has a credible plan for its Formula 1 programme that gives him the chance to “return to the highest level” in 2022.

Renault announced on Wednesday that two-time F1 world champion Alonso would be returning to the team in 2021, marking his comeback to F1.

Alonso won both of his world titles with Renault in 2005 and 2006, and will re-join for his third stint with the team, the most recent ending in 2009.

Since leaving McLaren at the end of 2018, Alonso had long-stated that he would only entertain a potential return to F1 if he had the chance to fight at the front and be competitive once again.

Alonso said in the team’s announcement that he was convinced by the plan Renault had for its F1 programme moving forward, giving him the chance to fulfil his wishes.

“It’s a great source of pride and with an immense emotion I’m returning to the team that gave me my chance at the start of my career, and which now gives me the opportunity to return to the highest level,” Alonso said.

“I have principles and ambitions in line with the team’s project. Their progress this winter gives credibility to the objectives for the 2022 season and I will share all my racing experience with everyone from the engineers to the mechanics and my teammates.

“The team wants and has the means to get back on the podium, as do I.”

Renault has failed to score a podium finish since returning to F1 as a factory team in 2016, and slipped from fourth to fifth in the constructors’ championship last year.

Daniel Ricciardo left race-winning outfit Red Bull to join Renault for 2018 as part of its plan to return to the front of the field, but will leave for McLaren at the end of this year.

Alonso has not scored a podium finish in F1 since the 2014 Hungarian Grand Prix, with his most recent win coming for Ferrari in Spain one year earlier.

The Spaniard endured four frustrating seasons with McLaren that yielded no race finish better than fifth before walking away from F1 to explore interests outside the sport.

Alonso won the FIA World Endurance Championship title in the 2018-19 season with Toyota, claiming two victories at the 24 Hours of Le Mans in the process, and also took part in this year’s Dakar Rally with the Japanese manufacturer.

He is also scheduled to enter the rescheduled Indianapolis 500 in September with Arrow McLaren SP, having failed to qualify for last year’s race.