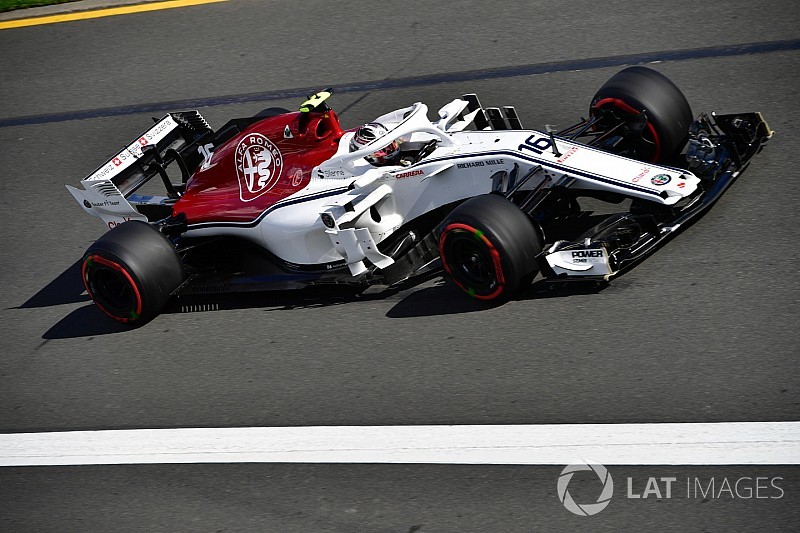 Alfa Romeo's influence at Sauber is set to grow as the Formula 1 team evaluates extending its partnership with the Italian manufacturer on a technical level.

Apart from minor branding on its sister manufacturer Ferrari, Alfa has not been involved in F1 since its works team project of 1979-85.

The multi-year collaboration between Sauber and Alfa was announced last December with intentions beyond the significant branding the team's C37s are carrying this season.

Sauber team principal Frederic Vasseur told Motorsport.com the technological aspect had not been defined but is now a priority.

"We didn't do it in a rush but we did it quite fast," said Vasseur. "We agreed on the engine supply agreement at the end of July, August, then we started to discuss about Alfa Romeo and we did the announcement at the beginning of December.

"Trust me that it was quite fast! We have a different project and now we have to investigate different aspects of the collaboration.

"We are more than open to extending the collaboration with Alfa Romeo and will see step by step how and what could be the next options. A technical collaboration will be one."

Sauber's Alfa deal came after it established an arrangement with Ferrari to use its latest-specification engines after a season with a year-old power unit.

Ferrari's other customer team, Haas, utilises a much more specialised technical partnership but Vasseur reiterated Sauber would not explore something similar and that any input like that would be with a beefed-up Alfa deal.

"Ferrari is the engine supplier, Alfa Romeo is the technical partnership," he said. "I don't want to discuss Haas and the Haas project. They are doing a good job. We have our own project.

"We have to define with Alfa Romeo how we can succeed, how we can develop the team, and we will take our own way."

He said the Alfa collaboration had given another boost to the team and was "telling people we're moving on".

"We've got a beautiful car – we want it to perform better – but people do realise there's a big change taking place, definitely since I joined [ahead of the 2017 season]," he told Motorsport.com.

"People see that we grow and have much more confidence. Two years ago the situation was certainly much different and it effects people's philosophy, their confidence, they develop a certain culture.

"Now it's about more positive aspects. People start to create much stronger belief and this is of course very positive but it takes time.

"You can't give a message and people say 'OK' and change it all upside down. It just takes time until they understand the change needed."

Why controversial Haas model must stay in F1

Hamilton engine got "close" to limits in Australian GP chase