Red Bull will not make a decision on Alexander Albon’s future with the team until after the final race of the 2020 Formula 1 season. 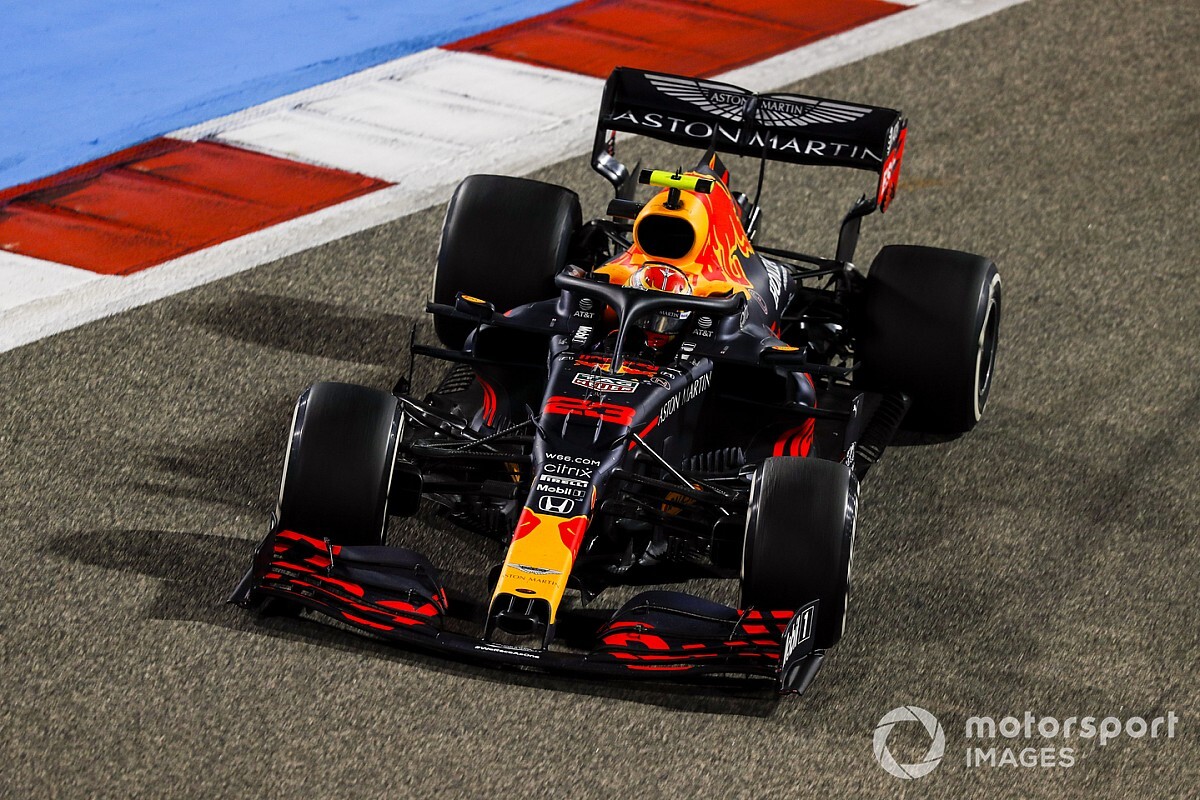 Albon is currently under pressure to retain his seat alongside Max Verstappen for 2021 as Red Bull’s bosses ponder replacing him with a more experienced driver.

Red Bull has openly said that if it were to replace Albon for next year, it would look outside of its existing driver pool, with Sergio Perez and Nico Hulkenberg both possible options.

Albon has struggled to match Verstappen’s form throughout the 2020 season, but scored his second podium finish with a run to third in Bahrain on Sunday.

Although Albon spent most of the race in fourth, trailing Verstappen by as much as 30 seconds at points, he was able to clinch a third thanks to Racing Point driver Perez’s late retirement.

“Sergio was unlucky, Alex benefitted from his misfortune, and I think that’s what we’re needing to see from Alex.

“His recovery from Friday was strong. Obviously after the off that he had, he qualified fourth, he was there to capitalise on Sergio’s misfortune, and he’s finished on the podium.

“It’s our first double podium since Japan 2017. It’s our first podium in Bahrain since 2013. So I think today’s been a good day for Alex.”

The result marked only the second podium of Albon’s F1 career following his maiden rostrum scored at Mugello in September, appearing to boost his chances of staying with the team.

Horner confirmed that Red Bull was happy to give Albon the chance to maximise his chances in the last two races of the season, with no call to be made on his future until after the season finale in Abu Dhabi.

“No decision will be made until after the final race,” Horner said.

“We're giving him every opportunity, we want him to succeed. I think we've been clear with that all along and days like today help him, but there are still two further races.

“Sergio is doing the best possible job that he can to ensure that he remains under consideration, and today was Alex's good fortune with that podium.

“But Alex had a good day today, and of course there are still two further races to go.”

Perez dropped to fifth in the drivers’ championship as a result of his late retirement, slipping behind Renault’s Daniel Ricciardo, but still sits 15 points and four places clear of Albon in the standings.