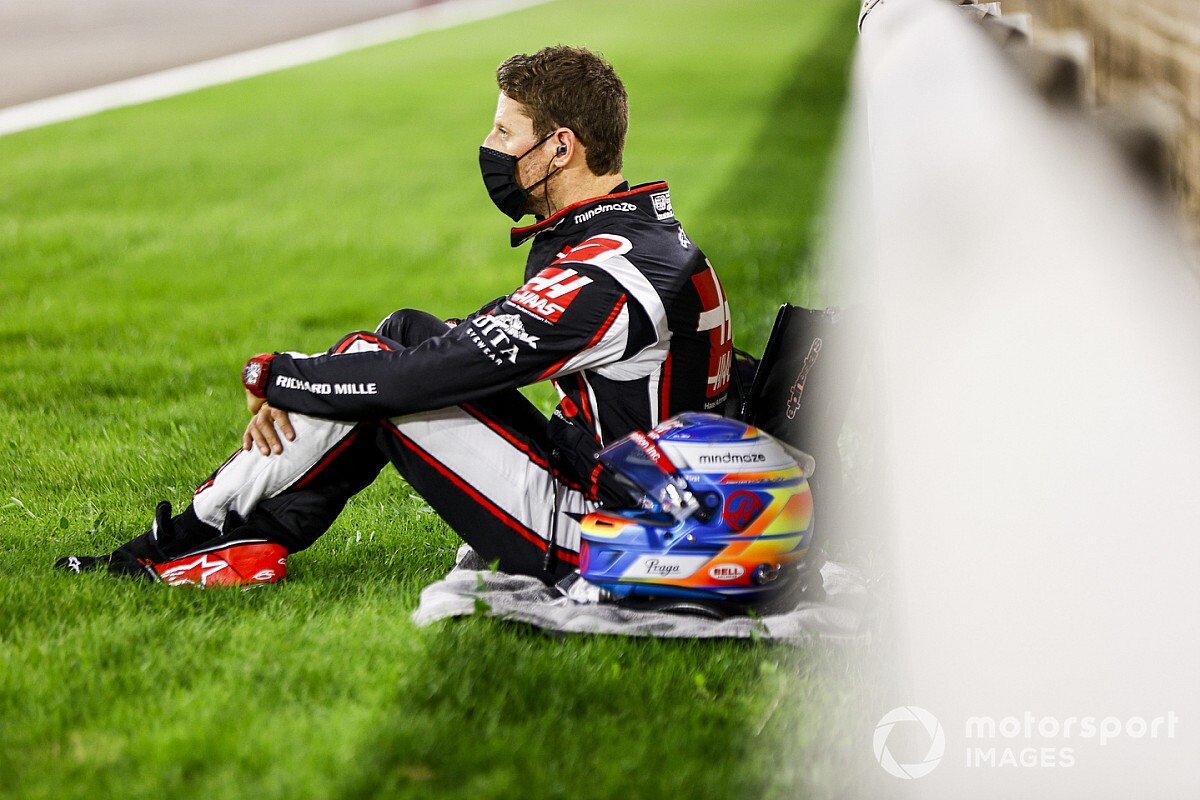 Haas Formula 1 boss Gunther Steiner says that Romain Grosjean wants to return for the Abu Dhabi GP to compete in his final race with the team.

Grosjean will miss this weekend's Sakhir GP event while burns on his hands heal, and his place will be taken by reserve driver Pietro Fittipaldi.

However, he wants to return for the last race of the season, assuming he gets medical clearance to drive.

He will also stay an extra night in hospital as his recovery process continues, despite an initial plan to discharge him on Tuesday.

"The aim is really Romain would like to do it," said Steiner of the final race. "I spoke to him yesterday about it. He really wants to be in Abu Dhabi. But I said, 'Try to get better, we speak on Sunday or Monday let's say, how you feel, if it is doable.'

"But basically we cross that bridge when we come to it. At the moment we've got plenty of time. Pietro is here, Romain is here, we just have to see how he feels, so I'm not in a hurry to decide what to do, or what is needed. It depends on his health.

"I just spoke with one of his guys, because he was with the doctor before. They did something on the burns, I don't know exactly what."

Steiner stressed that the extra night was not a sign of an unforeseen problem.

"This guy he's got with him told me the doctors are very happy, and it's going just as they would have seen it coming, so there's no setback or anything.

"So staying one night longer is not because of a setback or there is a problem, it's just maybe it's better to stay a night longer to make the healing quicker.

"I didn't speak with him yet today, because he was with the doctors. But yesterday he was mentally very stable, very good about it. The guy that is with him today, he says he's in very good spirits again, because I asked, 'Is he still good?'

"He just tries to get better to be in the car in Abu Dhabi. That is his aim. I think that shows that he wants to keep on doing it."

Steiner also confirmed that it was impossible for Grosjean to return for this weekend's Sakhir GP: "No, he couldn't race this weekend with the burns he has got."

Steiner also gave some insight into what Grosjean recalls of his experience, noting that the Frenchman didn't realise that he had made contact with Daniil Kvyat.

"He remembers how he wanted to get out, or how he got out, he explained that very well to me. What he asked me was, 'How did I end up there?' I said, 'You ran over Kvyat's car, basically, you turned right and ran over his front wheel, and that turned you around and put you in the wall.'

"He said, 'I didn't see the car.' I don't want to put words in his mouth and say he doesn't remember it, I think he didn't realise what he did. I wouldn't say he lost any memory of it. I think it went so quick that he cannot remember it."

Asked if Grosjean had watched TV replays, Steiner said: "I don't think he looked a lot at it. Again, I didn't want to go there and specifically ask him, I didn't want to put him in that awkward position to say yes or no."